A talent for managing people

FROM a sailing career that began at age 16 on the STS Leeuwin to becoming the first female and youngest ever offshore installation manager of an oil-producing facility, Suzannah Vaughan (pictured right) packed a lot into life. 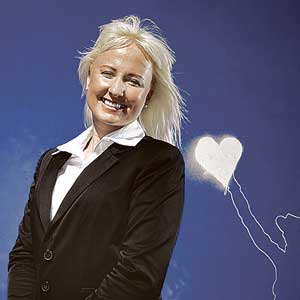 FROM a sailing career that began at age 16 on the STS Leeuwin to becoming the first female and youngest ever offshore installation manager of an oil-producing facility, Suzannah Vaughan (pictured right) packed a lot into life.

The sudden death of the two-time WA Business News 40under40 Award winner last October at 35 years of age, while working on an oil and gas installation off the coast of India, was a great loss to the industry and to those who knew and worked with her.

While working for Australian FPSO Management, Ms Vaughan became the first Australian female facility supervisor of an FPSO vessel at the age of 29.

Four years later, she was appointed offshore installation manager on an oil installation, the first female and youngest person ever to do so.

Ms Vaughan's achievements were recognised at the 40under40 Awards twice - first in 2003 at age 30 and again in 2008, when she was one of four short-listed candidates for the First Amongst Equals award.

Her nominator for the Veuve Clicquot Award, Australian FPSO Management general manager Kevin O'Neill, told WA Business News Ms Vaughan's intensity, drive and knowledge where some of the keys to her achievements.

"Professionally she was excellent, very intense. We described her as very driven, when she got something into her head she went for it full throttle," Mr O'Neill said. "She was a font of information. She'd been with our project from day one here, and she knew what was done, why it was done and how.

"She never put anything on paper that hadn't been thoroughly researched."

Outside of her work, Ms Vaughan was actively involved in educating young people about the opportunities in her industry and regularly returned to her original training ground, the STS Leeuwin.

Leeuwin captain, Chris Blake, who knew Ms Vaughan since she was a child, said she showed leadership qualities at a young age. At just 16, she was appointed watch leader, overseeing a group with members almost twice her age.

"She knew from five or six years old that she wanted to be a sailor. And she followed her goal," Captain Blake said.

"She crammed a lot into her life.

"The most amazing thing was a person of that age had the skills to handle the diverse range of people.

"She was a fantastic lady when I knew her; she had great potential and fulfilled her potential, and good for her. She was prepared to go out and get it."