A study in democratised giving

A group of young women living in high poverty areas of rural Cambodia will have access to tertiary level education after a recent live crowdfunding event in Perth raised more than $10,000. 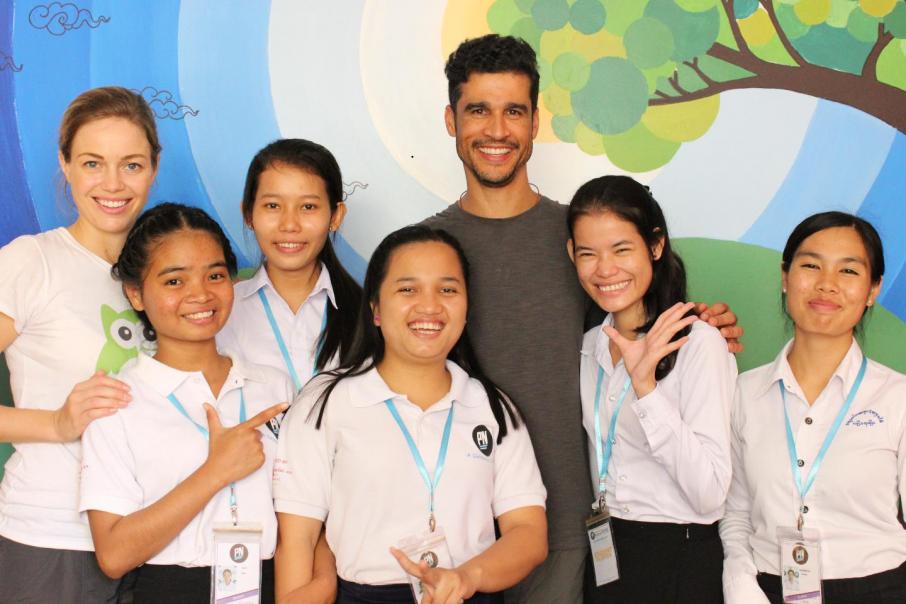 Nicola Courtin (left) and Duncan Ward with five of the young women who will undertake vocational degrees as a result of funds donated at the Funding Network’s latest event.

A group of young women living in high poverty areas of rural Cambodia will have access to tertiary level education after a recent live crowdfunding event in Perth raised more than $10,000.

Grassroots organisation Classroom of Hope, which is dedicated to enabling access to education for children in poverty, pitched for funds alongside other local charities Fairgame and Teach Learn Grow at The Funding Network’s latest live crowdfunding initiative.

In all, 95 Perth philanthropists attended the event, pledging a total of $39,500 for the three charities.

Classroom of Hope founder Duncan Ward and creative director Nicola Courtin pitched for $10,000 to go toward the organisation’s ‘Stem For Women’ project in Cambodia, which empowers young women in high poverty rural areas to study science, technology, engineering and maths.

“It’s statistically proven that, for every young girl or woman you empower and educate in developing countries, they bring five out of poverty with them.

“This is by far the best solution for speeding up the process of breaking the poverty cycle.

“And in Cambodia specifically, there’s a very low percentage of young girls and women working in Stem fields.”

Once these women were qualified, Mr Ward said, his charity would work with local partners to assist with their entry into the Cambodian workforce.

“Online crowdfunding has got its merits, but to be face-to-face and have that human connection, that’s where people get inspired,” he said.

“It’s democratising giving; whether you’re donating $50 or $1,000, it’s giving everyone an opportunity to give to small, charitable grassroots organisations.”

Since 2013, The Funding Network has provided $4.5 million for 130 charities across Australia, including $370,000 for 23 Perth charities, plus in-kind and pro-bono support.

The event held at the end of January was the first of two such events to be held in Perth for 2017.

The Funding Network chief executive Lisa Cotton said the success of the live crowdfunding events was attributable to the accessibility for charities and donors, as well as the transparency of where funds were being directed.

“The large organisations get the share of philanthropic dollars in Australia,” Ms Cotton told Business News.

“We need to fund smaller organisations to really reveal what innovation is happening in our community and this model is perfect for that.

“It’s addressing that lack of access to networks and funding for small grassroots organisations and people’s desire to do something in the community but don’t know where to go.”