A slow ride to somewhere?

Vocational education and training is hard to manage within economic cycles. 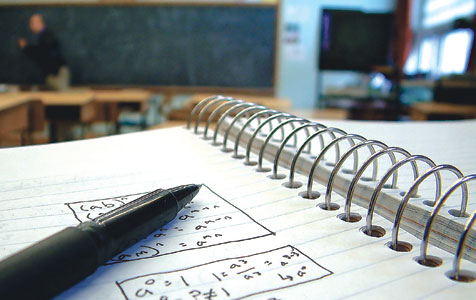 Vocational education and training is hard to manage within economic cycles.

OCCASIONAL followers of the debate around apprenticeships and training may be forgiven for wondering if they have blundered into some vocational version of Bill Murray’s hit film Groundhog Day.

Despite years of reform, both major and tinkering at the margins, the issues remain the same.

The states can’t seem to agree on uniformity, the market is always mismatched with levels of graduates, and many courses simply miss the mark when it comes to what industry actually wants.

Part of what seems like an issues loop is the nature of this field.

By definition, training and apprenticeships are preparing those undertaking such courses for the future. But the future is, invariably, difficult to predict.

And the more vital the skills are to the economy, the longer they take to learn, meaning the lead times are often so great the conditions on the ground at completion barely reflect the situation when the cohort in question started.

All types of tertiary education face the same problem, although many professional areas have been successful in restricting student numbers; this has resulted in a more uniform and manageable flow of graduates from the perspective of those already working in the industry, but not necessarily a fair result when it comes to the impact on the economy, which means the rest of us.

Not all professionals have been able to artificially constrain their industry in this way, however. Engineers, for instance, have been churned out in big numbers but, lately, graduates have found jobs hard to come by.

Added to this, apprenticeships and training come with additional levels of political baggage. An engineering degree may still prove useful in times of economic uncertainty and its graduates have many other employment alternatives, but vocational training is often seen as the one and only option for many in the community; in some cases it is just one step from the dole queue.

Fixing this will take a lot more than goodwill.

Treasuries in governments around Australia have proved just how difficult it is to accurately predict commodity prices (or many other vital elements of the economy) just six months in advance.

Asking the government, via bureaucrats or consultants, to forecast trainee or apprentice needs four years out is really just an adult version of pin the tail on the donkey. It’s random, lacks scientific rigour, and someone is bound to get hurt.

The cohort being punished this year includes those who were encouraged to take up apprenticeships when industry was still crying out for skills. Now those same businesses are sacking people.

Plaudits must go to Liza Harvey, the relevant state minister, who is the latest to roll up her sleeves and take genuine interest in solving the problem. Only time will tell if the system’s preference for glacial change will grind down her apprentice-like enthusiasm for the task.

There are, of course, alternatives, which come with their own baggage.

As a society we could train uniformly big numbers of people and the state could guarantee their employment. This would ensure supply was available when demand rose, but it would also come with risks of being seen as a handout.

We have seen before what happens when a whole class of people relies on the government for their pay cheques – lobbying skills improve and standards invariably slip.

Alternatively, we could train a uniformly small number of people and allow immigration to cover the gap when demand rose. That comes with policy nightmares of its own.

Or we could just leave it to the market to work it out – ever so slowly.