A passion for people and numbers the key to success in cranes, gin and automobiles

‘We’ve always done it that way’ is one of the most dangerous phrases in business, according to Perth management specialist Rod White. 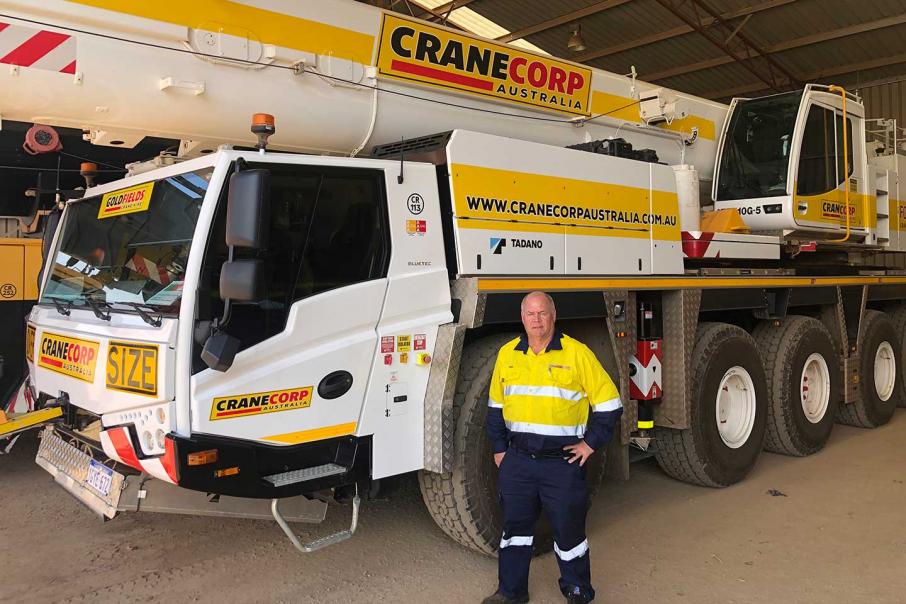 Cranecorp CEO Rod White in the driving seat at the company’s Kalgoorlie depot.

“Just because decisions and ways of operating have taken a business so far, there is no guarantee the same approach will take it to the next level,” he said.

“The market changes and the challenge is how to extract value out of that so you continue succeeding into the future. That is when really good management systems are essential.

“People get passionate and excited but numbers don’t lie, so you need accurate data to make informed, objective growth decisions.”

As CEO of one of Australia’s fastest-growing crane companies, and Chairman of Tailor Made Spirits Co, distiller of West Winds, Australia’s most awarded range of gins, Rod is drawn to companies that like to push the envelope.

Or more likely it is a reflection of his management style that two companies under his direction are setting new standards in very different industries and reaping the rewards as a result.

Armed with 30 years’ corporate experience, Rod was looking for more interesting and creative ways to apply his management skills when he co-founded strategic management consultancy HaganWhiteBirch – picking up a car window tinting franchise along the way.

“I learned a lot about small business from my grandparents who owned a British pub. It came in handy in the gin business,” he said.

“Gin and cranes are not so different. They both rely on you having the same passion for people and numbers. It is the essence of what makes any business tick.”

The 58-year old mining engineer only spent a year working down a mine but he understands the resources industry intimately and has applied his experience in the industrial sector to many different kinds of business.

As a student, his chemistry teacher suggested he attend a career workshop at Imperial College London focused on the Resources Sector and the flexibility a degree in Mining Engineering appealed to Rod at a time when the bosses of British Steel, ICI, BP and British Coal were all mining engineers. Rod was awarded an executive scholarship with Anglo American and worked in South Africa for a year prior to heading to University to finish his degree.

On returning to Australia, he landed in Sydney and began selling motorcycle lubricants for Shell Australia.

“I had a mate who was a bike fanatic so I could ‘speak motorcycle’. I loved it,” said Rod. “It was a completely new market and we grew it from zero to market leader in less than two years.”

That was the first step in a technical career that included 20 years travelling the world - London, Chicago, Kuala Lumpur and Australia - as Global Vice President for Shell Services and COO of Shell Services International.

It was in his consulting role that he first met Cranecorp 10 years ago, accepting the job of CEO in 2018. Earlier this year, the family-owned company stepped into the big league after a multi-million dollar buy-in from specialist private equity investor Viburnum Funds.

“In just a few years Cranecorp has gone from a small regional company in the Goldfields to a major player across WA that puts us in the top tier of Australian crane operators, with a healthy balance sheet, strong underlying profitability and revenues heading towards $100 million per annum. ” said Rod.

“Cranecorp has always been one of the most progressive crane companies of its time. It is agile, customer focused, with great people and a great reputation. When I met the founders, they wanted to get to the next level but were experiencing growing pains.

“The core business was excellent but as the business grew they realised that they needed to invest in new systems and bring in additional management and leadership skills. With a new executive team on board and a new more sophisticated ERP system, this allowed us to make informed strategic decisions about which cranes and which strategic direction to pursue and to deliver strong financial returns. This in turn has provided the confidence for investors and the banks to back us to acquire bigger more expensive cranes.”

Founded as Goldfields Crane Hire, in 1994, Cranecorp has a fleet or more than 70 mobile cranes and technical teams operating at major mining, energy and construction sites across Western Australia’s Goldfields, Pilbara, Mid-West and the Perth metropolitan and South West regions.

“It is a challenging time for the crane industry right now,” said Rod. “Encouragingly, we are seeing a big push for better operating and safety standards right across the sector.

“Anyone can buy a crane and win business by offering low prices. There is no skill in that and disappointingly that is the chosen route for many companies.

“The real skill is to ensure that your people represent your company in a way that stands out from the rest and that you build a culture within the company that attracts quality people to come and work for you and that customers want to engage with because you deliver a quality service.”

“The cranes are getting bigger, more complex and more expensive and our people are expected to be more highly trained.

However simply having bigger cranes and a bigger fleet won’t make the business more successful.  You have to have the right team to bring it all together.

“We have built an excellent team and I am confident in their ability to keep on delivering as we continue to grow.”

Cranecorp operates from a new head office and depot in Henderson. Visit them online at www.cranecorpaustralia.com.au. 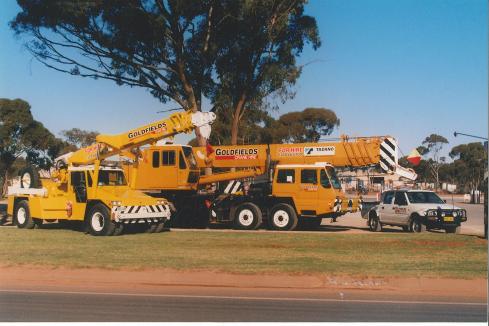 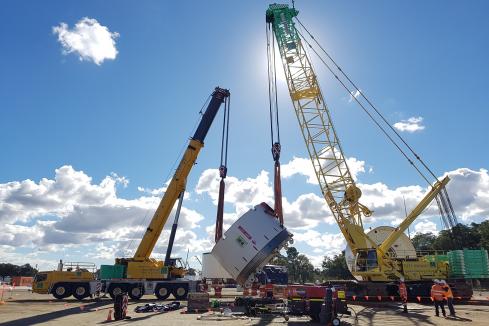 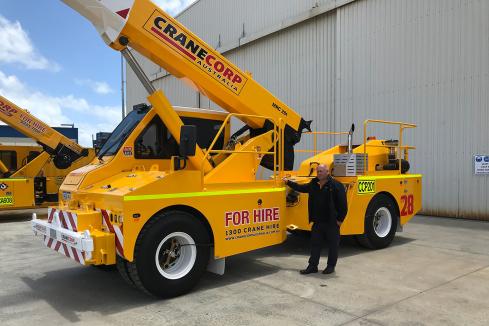 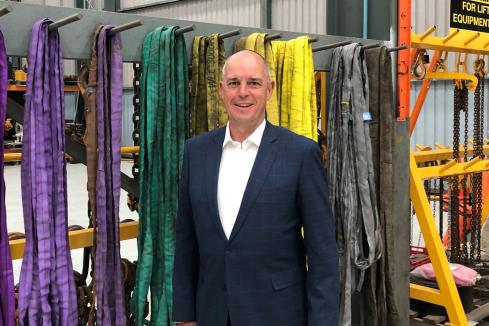 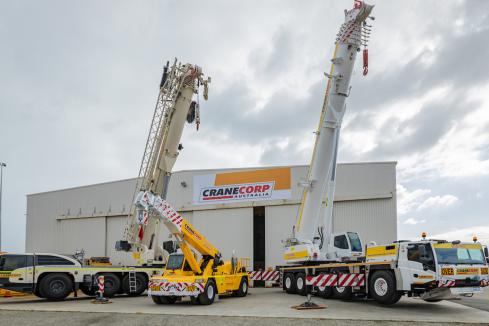