A most convenient retail location

History shows that shopkeepers need good management as much as good sites. 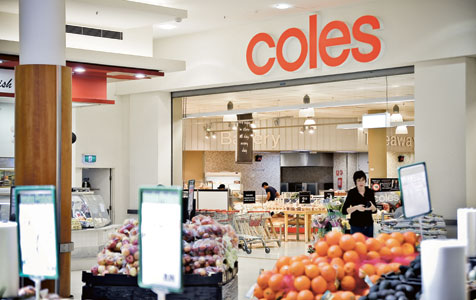 When Wesfarmers took the plunge and bought the Coles retail empire in 2007 it was moving to take control of an asset base that had taken decades to assemble and would be difficult for a newcomer to replicate.

Wesfarmers had learned through the roll-out of its Bunnings stores that one of its greatest advantages was being the first mover in the hardware warehouse space, capturing the bulk of the best development sites either through rapid expansion or the acquisition of other early movers in more limited geographies.

Of course, the executives at Wesfarmers and its subsidiaries will argue that they had also taken the art of retailing and turned it into a science. That may well be true, but for many product segments being a great retailer is only part of the equation and location is still very important.

In fact, Coles itself proved this. It had an outstanding geographic footprint but, before Wesfarmers took it over, it was a retailing basket case due to poor management.

I reckon that is why Wesfarmers boss Richard Goyder has always seemed so chuffed about the Coles deal, even in the face of criticism that he paid too much. It was a once-off chance to buy one of the most comprehensive retail networks in the country.

Now that that deal is bedded down and most people are comfortable with the outcome, Coles is enjoying trumpeting the legacy of that asset base, celebrating 100 years in business.

According to an official announcement this year, founder GJ Coles and his brother, James, opened the first Coles Store on April 9 2014, in Collingwood, Victoria.

“Coles is now in its centenary year, celebrating 100 years as an Australian-owned retail business focused on quality, service and value,” the company said.

Note that location has nothing to do with it. It is perhaps just a helpful bonus that its first store was in the well-populated, very Australian, throbbing heart of the most budget-conscious part of Melbourne.

The problem is … a few years ago I was travelling around Tasmania and stumbled across a store in the rural hamlet of Wilmot, which proudly proclaimed itself as the original Coles store, having been started in 1910 by George Coles, father of GJ.

That puts the Coles business a few years past its big anniversary and in a location that could only be less convenient if it was north of the 26th parallel and surrounded by spinifex. Wilmot is picturesque but difficult to get to and the store is just about the only commercial venture that exists there.

No doubt conspiracy theorists will be enthralled by the fact that, when this odd little reminder of the remote Tasmanian origins of the Coles empire went up in flames last month, a difficult historic relic from the otherwise smooth 100-year timeline of the national supermarket behemoth was expunged.

However, there is more to the story. I gather that George Coles (senior) had been a storeowner in the Victorian country town of St James before moving to Wilmot. He had sold that store to his eldest son George junior (GJ) in 1910. Four years later, after some retail reconnaissance in the US and Britain, GJ Coles, the founder of the supermarket chain, had started the Melbourne shop modelled on what he saw overseas.

Wesfarmers will like that twist in the tale, even if it doesn’t quite suit its neat timeline. The success of the group’s first major national retail foray, Bunnings, came from sending spies to America to learn and copy the techniques of the Home Depot group.

Attending the funeral of a family friend last week left me to ponder if we do makes things too hard for entrepreneurs in many fields.

Robert (Bob) Lynn was migrant from the north of England who became a teacher and founded the independent school in Perth’s western suburbs that became Moerlina in Mount Claremont.

I was a student there in the early days and strongly believe the teaching techniques he championed suited my temperament and had a profound impact on my subsequent performance in both the state and private systems.

Reminiscing with Bob before he started to go rapidly downhill, we discussed many things about his early years in education. He was very respectful of the very good teacher training system that Western Australia had when he was young in the 1950s and 1960s, with mentoring, big class sizes and hard-nosed boffins from head office who rated the performance of teachers by observing them in the classroom.

Like many professions in those days, a tough introduction ensured only the best survived. Things have changed in education and, from the results we hear reported, not always for the better.

One wonders if the current system of bureaucracy in education combined with the red tape of small business would allow him the room to thrive as a teacher and make his own way as a school founder.