Three Cabinet ministers is a reasonable start for WA, but this state ought to be aiming for more. 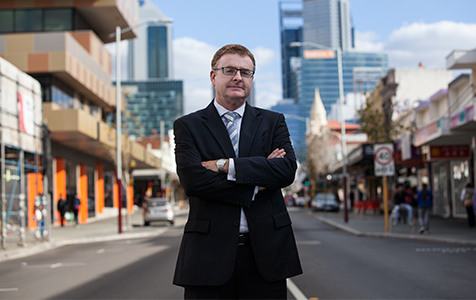 With three of Tony Abbott’s cabinet being Western Australians it could be argued that the state’s representation is about right, sitting at around 15 per cent of the inner ministry and including Julie Bishop as deputy leader of the Liberal Party.

As a guide, WA has 10 per cent of the population, so that figure is a good benchmark for any measure of the state’s clout in national affairs.

However, with the Liberals holding 12 out of a possible 15 federal seats in WA, and recording a swing to the party at the election, perhaps the state could have hoped for a bit more representation across the whole ministry. In total there are only five WA Liberals out of 29 in the Abbott ministry (30 if you include the Prime Minister himself), and none among the additional 12 junior ranked parliamentary secretaries. Five out of 42 represents is less than the 13 per cent that WA's 12 seats represent among Mr Abbott’s parliamentarians.

WA is also seen as a major source of funding for the party nationally and, I might add, the state seems a little more able to secure its most conservative flank – no Clive Palmers, Bob Katters or Pauline Hansons have emerged out of the west to cut the Liberals’ lunch as happens in Queensland.

Still, Julie Bishop heading foreign affairs and David Johnston in defence are at the core of is a powerful grouping of major outward-focused portfolios, which deliver significant influence to WA. Although neither reflects an obvious industry of substance here, both are key to maintaining relations with major trading partners in the region, which matters greatly to this state.

The past government’s record in this area was pretty average to say the least.

The rise of Mathias Cormann ought to be noted. The finance minister’s role is a significant one and is reward for his efforts in confronting Labor in important areas such as superannuation. The finance portfolio is also somewhat in the background, keeping an eye on other more high-profile sectors that tend to be spending the money. It ought to be remembered that Nick Minchin, a very influential senator, held this portfolio for six years.

It should also be noted that, during the Howard government, South Australia had significant influence at cabinet level, well beyond its population base and conservative vote. It could be argued this had an undue influence on areas of national concern, such as subsidising the car and submarine industries. Even taxes on alcohol seemed anomalous at the time.

Whether WA will have additional clout in the cabinet will take time. Michaelia Cash and Michael Keenan are both in the outer ministry. Ms Cash would certainly offer Mr Abbott another female to better balance his male-heavy inner ministry. Despite being tipped as a likely fast riser, Christian Porter is a newby in federal politics and will have to wait.

One big matter causing consternation is the emergence of micro-parties as a potentially disruptive element in the Senate.

While I understand that other serious minor parties and independents take issue with the micro parties’ ability to influence politics beyond the scale of the votes they muster, I think it is hypocrisy to suggest we need some form of reform to ‘fix’ the system. It has served us well and ought not be altered just because something odd has happened.

For too long the environmentalists, and others, have used the Senate to force federal rules on state-based matters. The Greens have pushed for more and more duplication of environmental policy when the states have more-than-adequate controls.

These micro parties are simply aiming to the same thing, using the Senate to influence matters that have no traditional relevance to the federal sphere.

In Victoria, the Motoring Enthusiasts Party wants more access to forests for four-wheel drivers and for the police to give people with hotted-up cars less hassle.

Depending on your view on recreational issues, both could be considered worthy causes.

But in my view, going to the Senate is like using a sledge hammer to crack a walnut.

The motoring enthusiasts’ issues are mainly with state governments that issue hoon laws and generally oversee the governance of state and national parks.

And the sports party is even more maligned. Its issues are mainly with councils, a tier of government even further removed from Canberra. To get more influence over the use of local parks and reserves you just have to win votes at local government level.

My big concern is that in the bargaining Tony Abbott will be forced into to win over these new players in the Senate, matters that should never need the attention of the federal government will suddenly become yet another area of conflict.