A brave new dawn for the Australian oil and gas industry 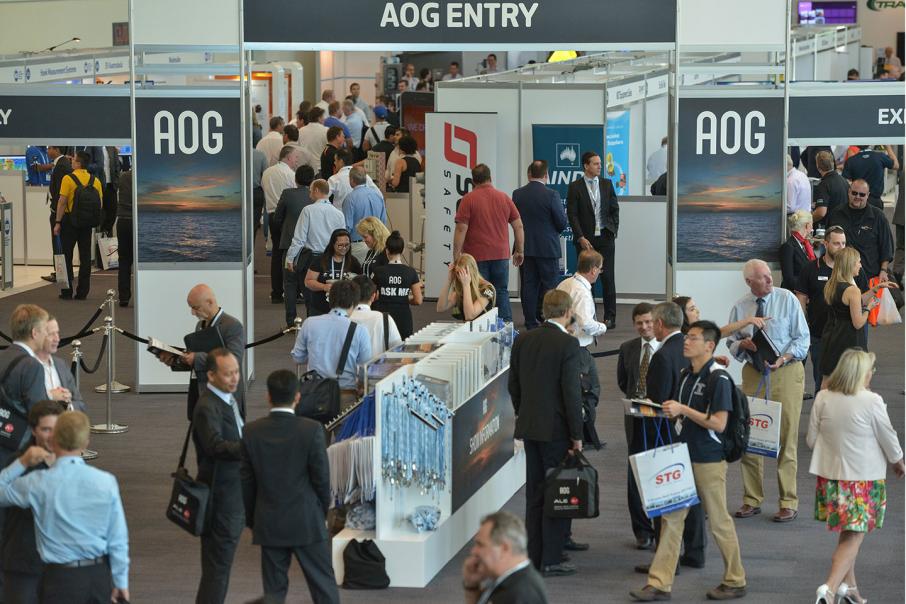 After more than AU$200bn in capital investment over the last decade, Australia is emerging as an undisputed global oil and gas epicentre with Perth at its very heart. From 22 to 24 February, Perth will host AOG 2017, the first major oil and gas industry conference of the new year.

An annual event for the last 34 years, AOG consistently attracts global industry leaders. Attendance is expected to be an all-time record in 2017 with over 8,000 already registered, underscoring the significance of the oil and gas industry to the Australian economy. AOG provides a platform for the global exchange of information, insights and learnings, a launch pad for new technologies and innovations and a great opportunity to explore new ideas and markets with attendees and hundreds of exhibitors.

Australian companies are making substantial progress towards cementing our reputation as a world-leading and highly innovative industry with many cutting edge technologies and capabilities. Rapid progress is occurring across a number of frontiers with Australian companies leading the way in many areas, including floating liquefied natural gas (FLNG), subsea developments and unconventional gas to LNG development. Australia’s firsts provide a rich backdrop for AOG and fertile ground for discussing opportunities and showcasing new innovations.

Some highlights from the recent announcements by local companies illustrate the conference themes of collaboration, innovation and diversity:

AOG is the perfect gathering to experience all the buzz

AOG 2017 is organised around three Forums - Collaboration, Subsea and Knowledge, as well as a Diversity and Inclusion event. The conference agenda is packed with topics of interest such as enabling small and medium size companies to expand their participation in operations and maintenance activities. In addition there is a full day dedicated to new and emerging technologies such as robotics, AI, automation, drones, 3D printing, Blockchain and cybersecurity. World leading experts from the UK, Netherlands, Norway, USA and other countries will share experiences on managing through downturns. Leaders from industries such as mining, defence and construction will give concrete examples of how Australian producers and suppliers can improve productivity and competitiveness.

On the brighter side, 2016 saw a 23% increase in gas production versus 2015 to 81 billion cubic meters (bcm) driven by higher coal seam gas (CSG) and conventional gas production. Australian LNG exports expanded on the back of the three LNG plants which commenced production — Gorgon, Australia Pacific LNG and Gladstone LNG.

Oil prices are likely to strengthen somewhat in the short-term as global consumption starts to outpace production, drawing down global stocks. Global supply is expected to be constrained by the implementation of recently-agreed OPEC production targets. However, increasing US production could significantly disrupt this price outlook. In Australia in 2017-2018, we anticipate:

Trump has made energy a central part of his agenda, vowing a revival in the oil, gas and coal industries, and picking industry allies for top administration jobs. Trump has already ruffled feathers with Australia and US policies could impact the Australian economy and the oil and gas industry:

Despite the uncertainties, Australia will be a major contributor of LNG to the global market in 2017 and beyond. Of the total 120.2Mt of global new LNG supply expected between 2017 and 2020, 31Mt [6]will come from Australia as projects ramp up production.

Providing additional buoyancy, new, smaller scale applications and markets are opening up. New sources of demand are emerging and floating storage and regasification technology is proving to be the quickest and most economical terminal solution for some developing LNG purchasers

Whilst Australia will continue to face challenges given our remote and geographical dispersed operations, relatively high labour costs, slower than expected project delivery and cost overruns squeezing profitability, the oil and gas industry is no stranger to change and uncertainty. As we will see first-hand at AOG, these challenges only spur the industry on to creative solutions and even more exciting heights.

Bernadette Cullinane is Deloitte’s National Oil & Gas Leader and is based in Perth.