AFG Property is set to proceed with construction of its $87 million Richmond Quarter apartment development in East Fremantle after appointing Pindan this week as the builder. 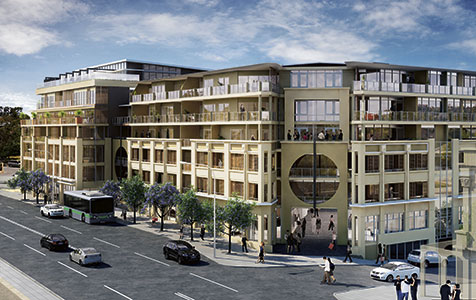 AFG Property is set to proceed with construction of its $87 million Richmond Quarter apartment development in East Fremantle after appointing Pindan this week as the builder.

The go-ahead for Richmond Quarter reinforces the strong surge in development activity in Perth's apartment market.

This week's edition of Business News will include a detailed analysis of the market, which has more than 60 projects under way.

It has teamed up with Gary Dempsey Developments for the $200 million Taskers project in North Fremantle, where construction of the first stage has recently commenced.

It is also proceeding with the $7.5 million Park Link project in Success, which was sold out in one month.

Pindan is currently building three significant apartment projects in Perth, with all of them being developed by its associated company Otan Property Funds Management.

These are Q Central in Queens Park, North One in Subiaco, and Freshwater in Claremont, which is being developed by Aria Land in conjunction with Otan.

Pindan has also been appointed as the builder for Otan's Viridian China Green project in Subiaco, which has recently been launched.

Richmond Quarter, located on Canning Hihgway, comprises 119 apartments, priced from $385,000 for studios up to $1.28 million for three-bedoom penthouses.

AFG Property has sold 102 of the apartments and 11 out of 25 commercial units.

Director Lisa Bevan said the group had received strong interest in the project from a number of lenders and was looking to finalise funding in the coming weeks.

Construction is due to commence this month with completion expected in about two years.