South Metropolitan Region MLC Phil Edman has called for an overhaul of the Department of State Development over the allocation of a prime beachfront plot of industrial land to global giant Puma Energy, which is planning to build an $80 million bulk fuel storage depot. 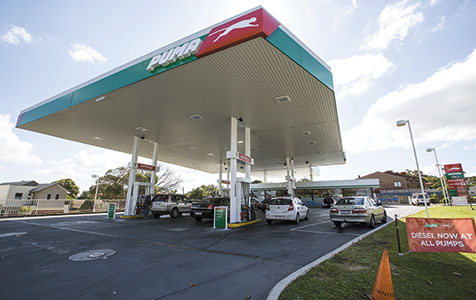 South Metropolitan Region MLC Phil Edman has called for an overhaul of the Department of State Development over the allocation of a prime beachfront plot of industrial land to global giant Puma Energy, which is planning to build an $80 million bulk fuel storage depot.

Mr Edman, who is also chairman of the Western Trade Coast Industries Committee, is one of a number of key players in the area to have expressed concerns over the proposal, saying the plot of land provided by the Department of State Development and LandCorp is completely inappropriate and a potential safety risk.

Puma’s proposal to build the fuel depot, workshop and office on Kwinana Beach Road was given the tick of approval by the Metropolitan South West development assessment panel last week.

Puma operates a network of 110 petrol stations across Australia, with 65 franchises and 11 depots in Western Australia.

A spokesperson for the Department of State Development said Puma had been granted an option to lease the 9.5-hectare site but was still required to go through an extensive approvals process, including local government, environmental, planning and regulatory approvals.

“Western Australia has a world-class regulatory system, and all projects of this nature are highly scrutinised by the relevant authorities,” the spokesperson said.

“The Department of State Development and LandCorp review business cases from proponents and allocate land based on infrastructure requirements and broader planning strategies.”

But Mr Edman claimed that process did not appear to have been followed in this case because of the close proximity of Wells Park, a popular picnic and recreation area.

“I don’t believe they’ve had a look at the different avenues where this type of business can go,” Mr Edman told Business News.

“If the department thinks that this is an appropriate spot, then I think they’re wrong, and possibly it’s time that the department had a serious look at itself and maybe it needs an overhaul of the way it’s doing business in Western Australia.”

“That’s very strategic undeveloped industrial land in the core of the industrial area and it would have been far better if they had been allocated land that wasn’t immediately on the coast,” Mr Oughton said.

“They don’t need to be immediately on the coast. My suggestion was on the eastern side of Rockingham Road, on a corner lot that was actually described as being suited for a fuel storage area.

“Fuel is very easy to transport and it’s got to be pumped anyway, so to pump it that much further is not an issue given the service corridors available.”

Both Mr Edman and Mr Oughton urged Puma to reconsider its plans, saying they would be supportive in helping them find an alternative site to house the facility.