7-Eleven founder and chairman Russ Withers says allegations of staff underpayment by franchisees have challenged all levels of the company, and substantial changes will be made to its business model. 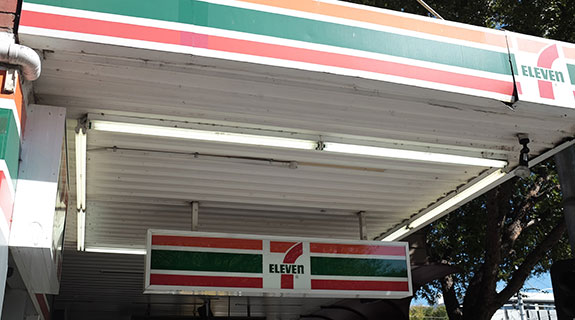 7-Eleven founder and chairman Russ Withers says allegations of staff underpayment by franchisees have challenged all levels of the company, and substantial changes will be made to its business model.

“I accept that responsibility and have directed my board and senior executives that we must fix this,” Mr Withers said in a statement.

“Our franchise business model is based on trust and mutual benefit. I am deeply disappointed and dismayed that some people with whom we are in business have abused that trust.”

Along with addressing the issue of underpayment of staff by franchisees, he it was clear that the company needed to make an “evolutionary step” in its franchise model.

The current model allocates 57 per cent of gross profits to head office, with 43 per cent granted to franchisees.

“This week, I have met 7-Eleven franchisees from Victoria, New South Wales and Queensland to contemplate substantial changes to better reflect our mutual obligations, ensure compliance and incentivise the positive behaviours required under our franchise agreement,” Mr Withers said.

“I have provided my commitment to fund the development of an Enterprise Bargaining Agreement for interested franchisees, following a specific request to do so from the franchisees themselves.

“I am fully committed to making further changes that I believe our franchisees will support, in addition to the recently announced increase in the minimum income guarantee.

“I have reaffirmed our commitment to any franchisee who no longer wants to participate in the 7-Eleven system: we will refund the franchise fee and help to sell any store where a goodwill payment has been made.”

He also said further safeguards were in development, including a full review of the profit sharing model.

“Changes to which will be offered in return for the requirement for all franchisees to utilise the 7-Eleven corporate payroll system, and the introduction of external audit of compliance to meet all obligations under law and the franchise agreement,” Mr Withers said.

“These initiatives require detailed consideration and will take time, but they will be realised and I give a personal commitment that this will happen in weeks not months, providing greater safeguards for franchisees’ staff and for franchisees’ businesses.

“I have said it before, and I will say it again: what has happened, happened on our watch, and it is my commitment as founder and chairman that it will be made good.”

An independent panel was formed last week to receive and review claims involving underpaid staff by franchisees of 7-Eleven.

The panel is led by former head of the Australian Competition and Consumer Commission, Allan Fels.

7-Eleven entered the WA market last year, and has two stores in Fremantle, two in the city, one in Subiaco, and a fuel outlet in Midvale and Malaga.

The company aims to open a total of 75 stores in the state in the next four years.