Construction of Australia’s first large-scale waste-to-energy facility will start this month in Kwinana after investment groups Macquarie Capital and DIF bought the Phoenix Energy project. Once completed at a cost of $668 million, the Kwinana facility will transform waste treatment in Perth. 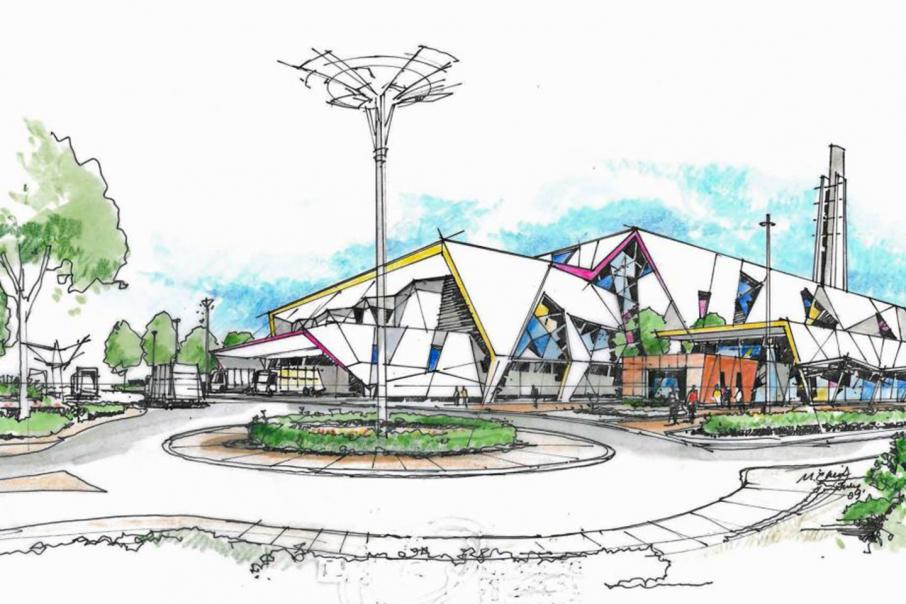 An artists impression of the Phoenix Energy waste-to-energy plant in Kwinana.

Once completed at a cost of $668 million, the Kwinana facility will transform waste treatment in Perth.

It will process about 400,000 tonnes of waste annually - primarily household waste, though it may also process commercial and industrial waste - and produce 36 megawatts of electricity for the grid.

The waste it processes is equivalent to one quarter of all the waste that goes to landfill in Perth each year.

The project is underpinned by 20-year waste supply agreements with eight local councils in Perth’s southern suburbs, including the Rivers Regional Council and the City of Kwinana.

Macquarie and DIF have agreed to invest $275 million of equity in the project, with Macquarie continuing to be responsible for delivery of the facility.

A group of financial institutions will provide $400 million of debt, including the federal government’s Clean Energy Finance Corporation (CEFC), which will commit up to $90 million.

In addition, the Australian Renewable Energy Agency will provide a grant of $23 million.

The total development cost of $668 million includes construction costs of just above $400 million. The balance includes pre-development costs, payments to legal, financial and tax advisers, engineering supervision, contingencies, interest on debt during the three-year development phase and reserves required by the lenders.

The federal government backing comes six months after Business News reported that Josh Frydeneberg - who was then Environment and Energy Minister - had asked the CEFC and ARENA to prioritise waste-to-energy projects.

This was part of the federal government's response to China dramatically cutting the amount of waste material it accepts from other countries, whch has created a crisis in the waste management industry, including in WA.

In contrast, the WA government has little interest in waste-to-energy. A draft WA waste strategy released this month by environment minister Stephen Dawson stated that energy recovery was the least preferred of all resource recovery options, after reuse and recycling.

The draft strategy comes against a backdrop of falling recycling rates in Perth - the proportion of municipal waste that is recycled has fallen for the past three years and stands at just 35 per cent.

Melbourne-based Phoenix Energy has been working on the Kwinana project for nearly a decade.

Spanish infrastructure and renewable energy company ACCIONA has been contracted to design and build the facility while global waste management company Veolia will be the operator.

Macquarie took over the project last year after Phoenix failed to complete agreements with its previously announced engineering and construction partners, including Mitsubishi and BGC Contracting.

Law firm Ashurst advised Macquarie on the project while Norton Rose Fulbright advised DIF on the acquisition of a majority interest in the plant.

The Kwinana facility is one of two large waste-to-energy projects planned for Perth.

The Kwinana facility will use Keppel Seghers moving grate technology, which thermally treats the waste and converts the recovered energy into steam to produce electricity.

Metallic materials will be recovered and recycled, while other by-products include ash, which is commonly used as road base or in building and construction in Europe.

Moving grate technology is used in approximately 2,000 facilities globally, with Keppel Seghers providing its technology to more than 100 waste-to-energy plants in 18 countries.

The Kwinana facility will be managed by newly appointed chief executive Frank Smith.

“This project is an example of the private and government sectors coming together to resolve community issues, in this instance dealing with ever-growing demands on landfill and generating reliable baseload renewable energy to Australia’s overall energy mix,” Mr Smith said in a statement.

“As we progress through construction and into operations, we remain committed to engaging with the local community, building on the dialogue that has already been established through the early stages of the project.”

“We are pleased to have contributed our global infrastructure and renewable energy expertise,” he said.

“Our support for the creation of lower carbon-intensive energy sources is underscored by the expansion of our participation in this project over the past three years; we originally came on board as a financial adviser and have since taken on the responsibilities of co-developer and investor.”

DIF Australia managing director Marko Kremer added: “DIF is excited to be involved in the first thermal waste-to-energy project in Australia and look forward to continue our contribution to the sector going forward.

“European countries have long embraced the conversion of waste into energy and it has proven to deliver multiple benefits in terms of managing waste and contributing to sustainable and secure energy supply.”

“The use of combustion grate technology is well established in Europe and North America but has not yet been deployed in Australia," Mr Miller said.

“More than 23 million tonnes of municipal solid waste is produced annually in Australia and this project could help to divert non-recyclable waste from landfill and recover energy in the process."

Last week, it was announced that Macquarie had agreed to provide development capital to the Asian Renewable Energy Hub, which is aiming to develop a large wind and solar power hub in the Pilbara at an estimated cost of $22 billion.

In April, it was announced that DIF (and super fund Cbus) had formed a joint venture with state-owned utility Synergy to build solar farms and wind farms in the South West Interconnected System.

Macquarie was financial adviser to Synergy on this transaction.

These deals come after Macquarie Group paid £2.3 billion last year for the UK government’s Green Investment Bank, which was one of the leading investors in green infrastructure in the UK and Europe.