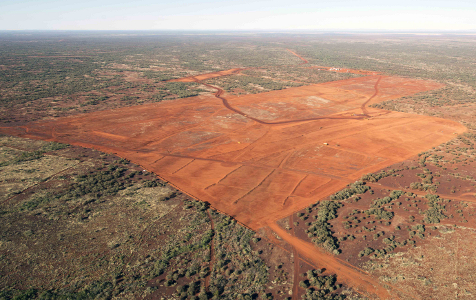 Bulk earthworks for processing facilities are ongoing at the Roy Hill mine in the Pilbara.

The works will include construction of around 330 kilometres of heavy haul rail formation, as well as sidings and level crossings.

The project will require 10.5 million cubic metres of earth to be moved and a workforce of up to 1,500.

NRW said the works were expected to be complete by January 2015.

"Rail earthworks construction forms part of a core capability in NRW Civil's business and we are proud to be involved in the construction of the major infrastructure on this significant Australian iron ore project," chief executive Jules Pemberton said.

First production of ore from the Roy Hill mine is expected to commence in the third quarter of 2015.

NRW's announcement is the second major contract awarded to a local contractor at Roy Hill this month, following on from Forge Group's $1.47 billion deal for construction works at the mine.

Forge said at the time that its share of the joint venture with Spanish engineering group Duro Felguera would be around $830 million.

NRW had previously won a $67 million earthworks contract at Roy Hill, and signed a letter of intent for an additional $20 million deal.