Minerals testing business Genalysis Laboratory Services Pty Ltd has joined the large number of private Western Australian businesses to have been sold for a premium price after achieving rapid growth during the current resources boom.

Minerals testing business Genalysis Laboratory Services Pty Ltd has joined the large number of private Western Australian businesses to have been sold for a premium price after achieving rapid growth during the current resources boom.

The Genalysis transaction stands out from the pack because it has been sold for a price more than eight times its underlying profit, more than double the earnings multiple for many other private business sales.

Maddington-based Genalysis, established by Terry Wheeler in 1975, has been bought by English company Intertek Group plc for up to $56 million.

Intertek has made an initial payment of $42 million and could pay a further $14 million in March 2008, subject to the performance of Genalysis in 2007.

Mr Wheeler and his management team plan to stay with the business, which will continue trading under the Genalysis name.

Other companies had offered to pay more for Genalysis, but the Intertek offer was selected because of the strong synergies and opportunities to develop the business as part of the Intertek network.

The sale followed rapid growth in Genalysis’ sales and profit.

The growth was aided by the expansion of its South African office.

Canning Vale-based Ultra Trace has 314 staff (13 per cent more than Genalysis) and its total revenue last year was $27.2 million (33 per cent more), according to ASIC records.

However its net profit after tax was substantially lower at $2.4 million.

Genalysis’ strong profitability – and its strategic position as one of a handful of big players in the industry – appeared to be fully reflected in the sale price.

The initial $42 million payment is eight-and-a-half times Genalysis’ 2006 earnings before interest and tax, of $5 million.

That is double the earnings multiple on most other private business sales in WA recently.

Listed engineering and construction company VDM Group Ltd, for instance, announced this month that it would pay 3.82 times 2006 and 2007 EBIT for Wylie & Skene.

VDM paid four times forecast 2008 EBIT for Como Engineers and has provision for a claw-back if Como does not reach earnings targets.

Genalysis’ main competitors include the big international group SGS Minerals, which bought local company Scientific Services in 2001, ALS Chemex, which is owned by listed Brisbane company Campbell Bros, and Melbourne company Amdel, which is owned by a private equity fund.

Aside from Ultra Trace, its main local competitor is Kalgoorlie Assay Laboratories. Ultra Trace’s Colin Eldridge said he had fielded many enquiries about selling his business.

“We’ve had a parade of people through but we’ve not had serious discussions though,” Mr Eldridge said. “We’ve said no thanks.”

He noted that Ultra Trace was achieving strong growth, with staff numbers up to about 350.

The Malaga firm was a relatively small player with 29 staff, turnover of $3 million and a pre-tax profit of $1 million in 2006.

Mr Renton has been paid an initial consideration of $2.6 million in cash plus Inspicio shares valued at $1.1 million. 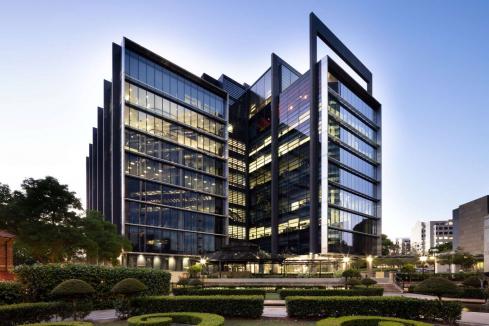