The City of Perth’s development assessment authority looks set to approve a $52 million plan to build a new 13-storey hotel on Adelaide Terrace. 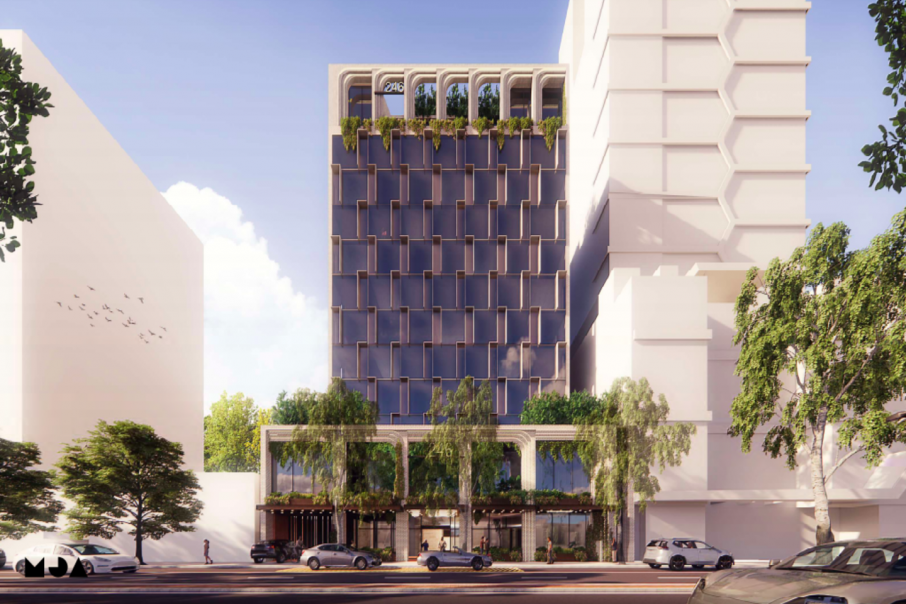 The City of Perth’s development assessment body looks set to approve a $52 million plan to build a new 13-storey hotel on Adelaide Terrace.

The development application, lodged by Perth-based planning consultancy Planning Solutions on behalf of the site’s 12 owners, has sought approval to demolish the existing three-storey office building at the 1,812 square metre site to make way for a 13-storey hotel featuring 293 hotel rooms, a ground floor restaurant, function rooms, and a split level roof bar.

During the public consultation period, the owners of eight properties in the surrounding area raised concerns about the height of the building and the impact its size may have on adjoining buildings and access to sunlight and ventilation.

Owners also flagged concerns about the dust, noise and smell during the construction phase and the impact of the hotel operations on surrounding neighbours.

But the City of Perth has recommended the development be approved, stating that the proposal complied with the Adelaide Precinct Plan, which encourages special residential development in the locality with access to public transport, retail and entertainment.

In supporting its recommendation, the city stated that the design concept was of “high quality” and that while the development incorporated minor variations to the upper building setback requirements, it was considered consistent with orderly and proper planning.

The Perth Local Development Assessment Panel is expected to make a final decision on the development approval at its meeting next Tuesday May 4.