The Royal Automobile Club of WA and the Chamber of Commerce and Industry of WA have both welcomed an election pledge by Premier Colin Barnett to spend $520 million upgrading a freight rail line between Thornlie and Cockburn to enable passenger service. 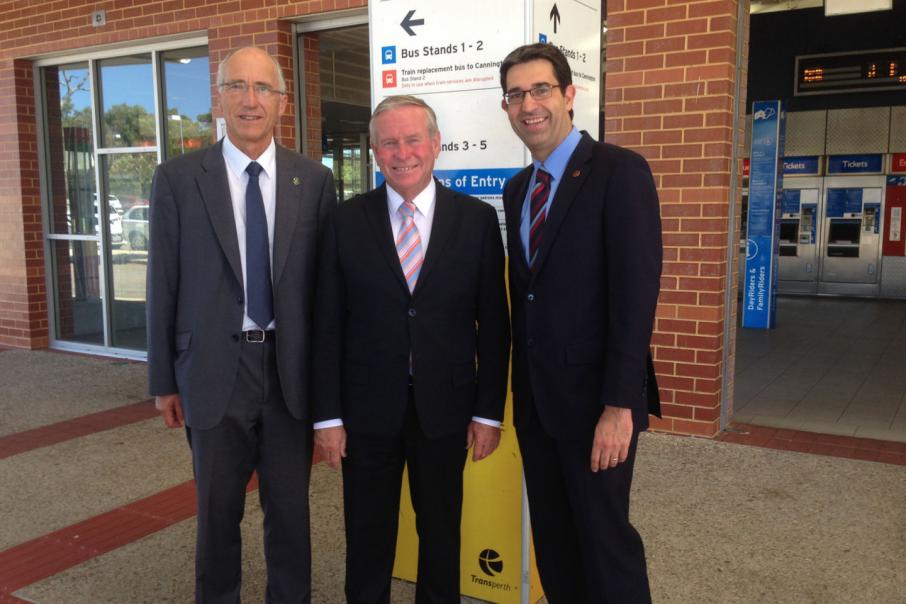 The Royal Automobile Club of WA and the Chamber of Commerce and Industry of WA have both welcomed an election pledge by Premier Colin Barnett to spend $520 million upgrading a freight rail line between Thornlie and Cockburn to enable passenger service.

The line would have two new stations, at Ranford Road near Market City and Nicholson Road near the baseball park, and would be ready by 2023, Mr Barnett said.

The project has featured in previous Perth transport plans, including one unveiled by former transport minister Dean Nalder in 2016, as well as Labor's Metronet proposal. 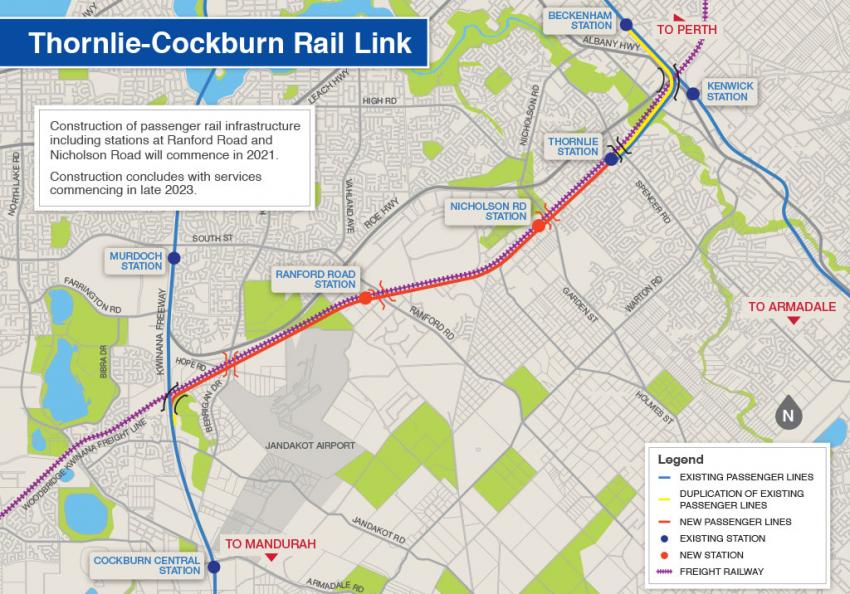 The line will run along the existing freight route.

RAC general manager of corporate affairs Will Golsby said it had been a priority project for the club since 2011, and called for work to begin immediately as the rail line now had bipartisan support.

He said Perth would soon be the country’s most congested capital city, with demand for public transport in 2031 to be double that of 2011.

“Investing in Perth’s public transport system is a crucial part of the response to the congestion challenge we are facing,” Mr Golsby said.

“The extension of the Thornlie rail line will provide an attractive public transport option for commuters currently using the congested Roe Highway and those working in the Canning Vale industrial precinct, a major employment node.

“By helping to relieve congestion pressures it will release capacity along this important road corridor for freight and commercial traffic, delivering significant productivity benefits.”

But she said all political parties should commit to an independent infrastructure advisory body to develop a long term plan for the state.

A similar body exists in other states.

“(Business has) consistently advocated for an independently developed, long-term infrastructure plan for WA, as business owners, investors and the wider community need a 20-year infrastructure vision that goes beyond the short-term political life cycle, so they can plan new investments and make strategic decisions with certainty,” Ms Willmott said.

“A long-term infrastructure plan should be developed by an independent body to ensure projects deliver the most cost-effective and efficient infrastructure, that will provide the greatest benefits to the largest group of people.

“An independent infrastructure body would also be able to engage the private sector in financing, designing, building, operating and maintaining infrastructure, which would lead to greater efficiencies and outcomes for delivering both private and public infrastructure works.”

Responding to the proposal, the Labor Party today pointed to the Liberal Party’s commitment to Max Light Rail before the 2013 state election, which was later canned.

That election pledge was for a light rail system linking Mirrabooka to the CBD and then lines to Nedlands and Victoria Park, but was axed in favour of a rapid bus transit route as the state government came under budget pressure.

Premier Colin Barnett said funding for the latest project would come from consolidated revenue, indicating there was still room for further election commitments from the asset recycling fund created by a sale of Western Power.

“This is the missing link in public transport in Perth’s south,” Mr Barnett said.

“It will give residents and workers more choice in how they travel and where they live.

“This is the government’s next major rail priority after the Forrestfield Airport Link.”

“It’s estimated the new line will result in 3,000 passenger boardings across the stations each weekday on average.”

WA Greens transport spokesperson Lynn MacLaren said she supported the project, although she said she had little faith it would be built because the government had broken previous election commitments on public transport.

Funding for the Roe 8 road should be allocated to rail projects, Ms MacLaren said.