Primewest has listed a $500 million-plus property portfolio for sale, ending weeks of speculation in the market regarding an asset sell-off. 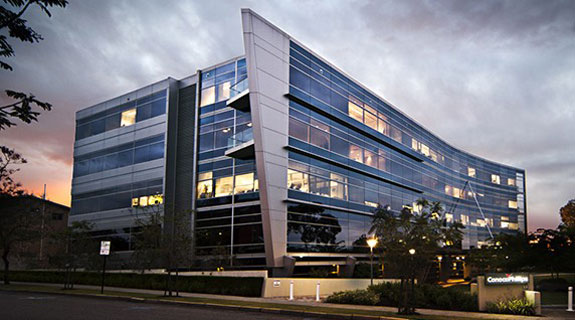 Primewest has listed a $500 million-plus property portfolio for sale, ending weeks of speculation in the market regarding an asset sell-off.

The portfolio comprises eight assets, two of which are in West Perth.

One of the West Perth assets is ConocoPhillips’ Western Australian headquarters at 53 Ord Street, while the other is tenanted by the Australian Federal Police at 619 Murray Street.

Primewest director John Bond told Business News that ConocoPhillips had recently extended its lease at 53 Ord Street, until around 2022.

The property at 619 Murray Street is subject to a lease that expires around the end of 2017, Mr Bond said.

The other assets include office properties in St Leonards and Newcastle in New South Wales, a commercial building at 616 St Kilda Road in Melbourne, and three offices in Brisbane.

The entire portfolio, which will be offered individually or in one line, is estimated to be valued at more than $500 million.

CBRE representatives will continue the campaign in Singapore this week.

Mr Bond said he expected strong interest in the portfolio of properties, which all had strong leasing profiles.

“They are all great assets, we really do look after our assets well and we’re not selling them because we think there is something wrong with them,” Mr Bond told Business News.

“But in order for our investors to realise their investment, you have to pick a point in time.

“We think now is the optimum time in terms of the lease expiry and the state of the market.”

The portfolio offering follows a spate of commercial buildings coming to market in 2015, following a historically slow 12 months of sales last year.

The CBD buildings comprise the 31-storey Forrest Centre, at which Synergy is understood to be close to taking up a 3,500 square metre lease, the 13-level Westralia Plaza and the 19-storey Westralia Square.

Another large CBD office asset that has come to market is a half stake in the rebranded Exchange Tower, formerly the Exchange Plaza.

A multi-million dollar upgrade of the tower was launched earlier this year, to ensure the building remains competitive in a tough leasing market.

The upgrade at Exchange Tower includes new end-of-trip facilities and a tenants-only lounge, as well as a concierge service offering everything from bicycle mechanics to masseurs.

Exchange Tower general manager Tim Cash said there were also plans in motion to establish a philanthropy program at the building.

“We believe our approach will help Exchange Tower consolidate a position of prestige and point of difference in an increasingly competitive market,” he said.

“The initial response from clients has been very positive and we’re excited by what lies ahead.

“We’re looking forward to announcing more changes as they unfold.”

The half stake in the tower is currently owned by Colonial First State Asset Management’s Private Property Syndicate, which is due to be wound up before the end of the financial year.

The asset is expected to fetch a sales price of around $130 million.