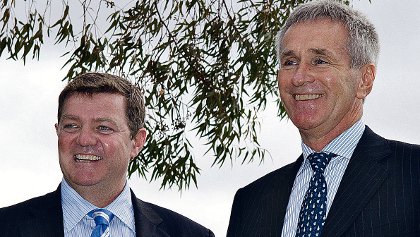 BHP Billiton has stepped up its sustainable development strategy by partnering with east coast-based Australian Indigenous Education Foundation to provide educational scholarships to indigenous high school students and those of university age.

According to the report, between 2004-05 and 2008, employment-to-population ratio increased for indigenous Australians from 51 per cent to 54 per cent for 15 to 64 year olds.

In both 2002 and 2008, about 40 per cent of indigenous people aged 18 to 24 years were neither employed nor studying, compared to 10 per cent of the non-indigenous population.

AIEF said the partnership would ensure a minimum of 70 indigenous secondary students from Western Australia, 35 from the Pilbara, would receive a quality education at some of Perth’s leading secondary schools.

“Through our partnership with BHP Billiton we are growing the AIEF education network and helping to increase year 12 attainment for indigenous students across Australia, with proven and unparalleled results. This is a truly historic partnership,” AIEF founder and chief executive Andrew Penfold said.

Established in 2007, the organisation has supported 200 young indigenous Australians in New South Wales and Queensland with scholarships to boarding schools and residential university colleges.

Mr Penfold is looking forward to expanding the foundation’s work to the west coast.

“AIEF partners with the nation’s leading companies to deliver real and tangible results in indigenous education and careers, and BHP Billiton has an incredible commitment to making a difference to indigenous kids’ futures. We are extremely proud to be partnering with one of our country’s most iconic and respected companies, which sets the hurdle for corporate Australia so high,” Mr Penfold said.

BHP has been providing support to indigenous students at Scotch College alongside the Catholic Education Office and the AIEF partnership will streamline the process, allowing for more schools to be included in the program over time.

Existing partnerships will be managed by AIEF in the future.

AIEF was founded on the premise that the federal government would contribute $20 million to its operations and the organisation would match that with funding from corporate organisations, philanthropists and individuals.