$4m in industrial lots sold in one week 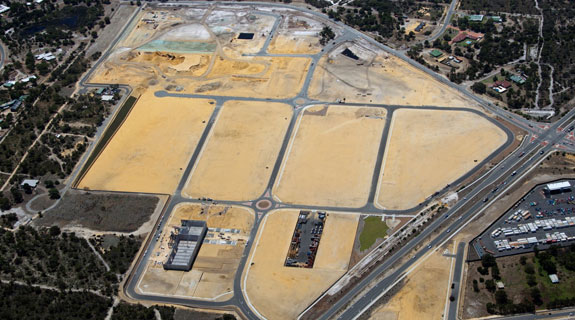 Buyer demand for industrial land in the northern suburbs is ramping up, with Raine & Horne Commercial recording more than $4 million in land sales in the past seven days, with negotiations for another $3 million to $4 million in transactions expected to be complete by the end of the month.

The lots were sold at the Northlink Industrial Estate, where Raine & Horne has sold 83 lots over the first three stages.

Developer Linc Property has responded to the soaring demand by bringing forward the release of the fourth stage of the estate, with lots available ranging from 1,000 square metres to three hectares.

Civil works are under way with first titles expected by the end of the month.

Raine & Horne Commercial director Anthony Vulinovich said the sales results were not unexpected, given the lack of affordable, well-located industrial land in the area.

“Interest from the estate has come from both owner occupiers looking to relocate or break the leasing trap, and developers looking to take advantage of the demand for small to medium sized units or standalone design and construct opportunities,” he said.

In Cannington, Colliers has listed a 11,153sqm property comprising an office and a warehouse facility on Sevenoaks Street.

The property is currently a scrapyard and recycling facility operated by its owner, Bradken.

“This property would suit scrapyard operators, who could walk in and commence operations, but given its size and location we’d also expect it to hold considerable appeal for developers,” he said.

“We’d anticipate the level of enquiry to reflect that broad buyer appeal.”

At Perth Airport, JLL has launched a sales campaign for a 2ha site that includes 11,375sqm of office and warehouse facilities at 2 Hugh Edwards Drive.

“At this price point and due to the genuinely rare nature of this class of asset being taken to the open market, we expect the property to attract local, national and international interest,” Mr Goodridge said.

“Institutional and private investment groups have directly informed us that they are seeing no shortage of capital being made available and allocated to the industrial sector in 2015, particularly for assets with core characteristics.”

An offers to purchase campaign for 2 Hugh Edwards Drive closes on April 23.