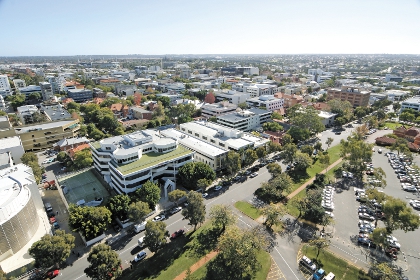 West Perth is one of six metropolitan suburbs where it is cheaper to buy a house than rent one.

There are 44 suburbs in Western Australia where it is cheaper to buy a house than rent one, but only six of those locales are in the metropolitan area, new research says.

RP Data’s Buy vs. Rent report, released this morning, revealed 388 suburbs Australia-wide where buying a house is cheaper than renting.

The analysis estimates the difference between monthly mortgage payments and monthly rental payments based on the median value of houses and units compared with median rents.

The WA list was dominated by resources-driven areas, with Ledge Point, Port Hedland and South Hedland at the top of the rankings.

The metro suburbs where it is cheaper to buy than rent were Burswood, Perth, Ascot, Girrawheen, West Perth and Orelia.

RP Data national research director Tim Lawless said it was typically apartment-style housing where renting can be more expensive than paying a mortgage.

Mr Lawless said the property market experienced one of its toughest years during 2011 and the beginning of 2012.

“With capital city dwelling values almost six per cent lower than when they peaked and discounted variable mortgage rates 125 basis points lower from their 2011 peak, coupled with fixed mortgage rates more than 210 basis points lower, we may see consumers returning to the property market as they realise that residential property may not cost them much more to own than rent,” he said.

“In some suburbs it may actually be cheaper than renting, especially where we are seeing evidence of tight rental markets resulting in rental increases and lower home values.

“For many buyers now may be a good time to either re-enter the market or buy their first home.”