The state government is reviewing its support for the Myalup-Wellington water project after revealing that associated agreements with Collie coal miners were unlikely to be finalised. 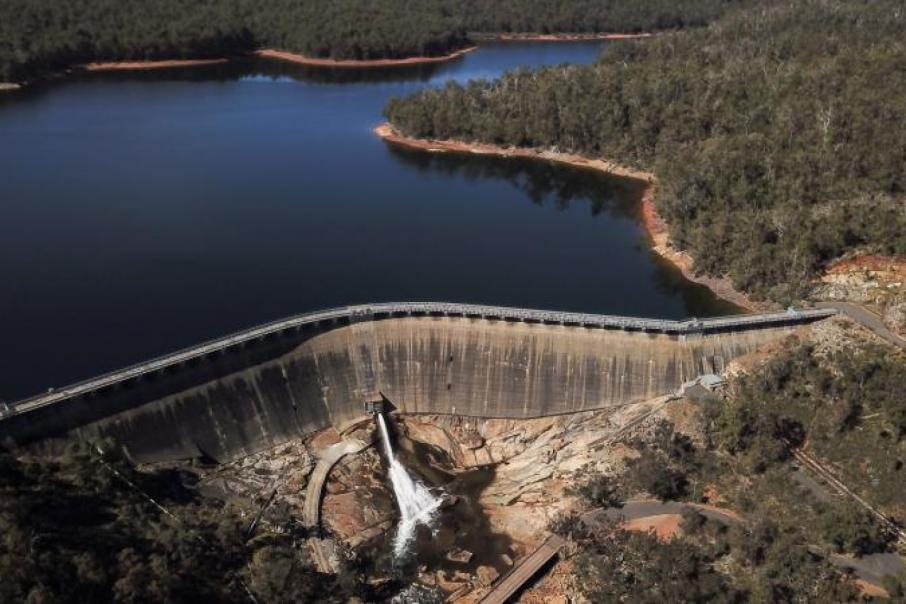 The Myalup-Wellington project is designed to tackle high levels of salinity in Wellington Dam. Photo: parks.dpaw.wa.gov.au

The state government is reviewing its support for the Myalup-Wellington water project after revealing that associated agreements with Collie coal miners were unlikely to be finalised.

Regional Development Minister Alannah MacTiernan said $37 million of state government funding for the project was still in the budget but under review.

“You have to ask are we doing the best thing by the farming community by keeping this money allocated in a Treasury account or are we better to spend it on something we are confident can be delivered,” Ms MacTiernan told ABC radio this morning.

Ms MacTiernan later told Business News the project was complex and ambitious, and required a number of commercial agreements with multiple parties.

“The project is not viable unless all of these commercial agreements are in place,” she said.

“Despite the good will and commitment of all the entities involved, it has not been possible to get these commercial agreements in place.

“In particular, escalating commercial uncertainties and complexity between Griffin Coal and Bluewaters Power present challenges for the project that are beyond the control of either the state government or [project proponent] Collie Water.”

Her comments follow recent reports that Bluewater Power has issued default notices against the heavily indebted Griffin, which supplies the power station operator.

The Myalup-Wellington project is designed to tackle high levels of salinity in Wellington Dam, which is Western Australia’s second largest water reservoir.

It includes construction of a desalination plant at Collie, the building of a new weir, and the replacement of ageing irrigation channels that supply farmers downstream.

Another key aspect is the diversion of saline water from the Collie River (upstream from the dam) into Griffin Coal's disused Z pit.

This particular pit has a granite floor, which would stop the saline water leaching back into the water basin.

Ms MacTiernan said the project also required agreements with Griffin Coal and Premier Coal in relation to mine dewatering.

She said the government had been advised that the two companies had limited capacity to enter binding agreements in the near future.

“Both of these companies are going through some very challenging and complex commercial arrangements,” Ms MacTiernan told ABC radio.

The minister said the government was still in discussions with project proponent Collie Water, which had been working on the project for more than five years.

The project is backed by Perth business executive Peter Fogarty’s Pendulum Capital, which was one of the founders of Collie Water.

Mr Fogarty has previously told Business News the project had attracted a lot of interest from institutional investors, who were attracted by a 20-year offtake agreement with the Water Corporation.

The federal government committed to support the project in 2018, through a grant of $140 million and up to $50 million in loan funding.

The state government has committed $37 million, while members of the Harvey Water cooperative have agreed to commit $30 million.

Harvey Water represents about 700 farmers who have been looking forward to a reliable supply of fresh water.

The project would also allow more farming land in the Collie River, Harvey, and Waroona districts to be irrigated.

Shadow Minister for Regional Development Steve Thomas said the state government had to remain behind the project.

He was concerned that the minister was already talking about repurposing the funding.

“This project is important for agriculture and for the communities in Collie and the South West, and the minister needs to stop talking about abandoning ship on it,” Dr Thomas said.

He said that part of the Myalup-Wellington water project still had the potential to deliver for agriculture in the region, and it was important that the proposal was not lost altogether.

“It is now critical that the parts of the project below the dam that are shovel ready, especially the piping around the Myalup region, are not lost," Dr Thomas said.

“There is $140 million in federal funding at risk, funding that was committed to support agriculture in this state.”

Ms MacTiernan said the government remained committed to identifying solutions to manage salinity of the Wellington Dam and creating opportunities for expanded irrigated agriculture in the region.