$3bn of projects amid market flux

SPECIAL REPORT: About $3 billion of electricity projects are in the pipeline in WA, but technological change and regulatory pressure are creating investment uncertainty. 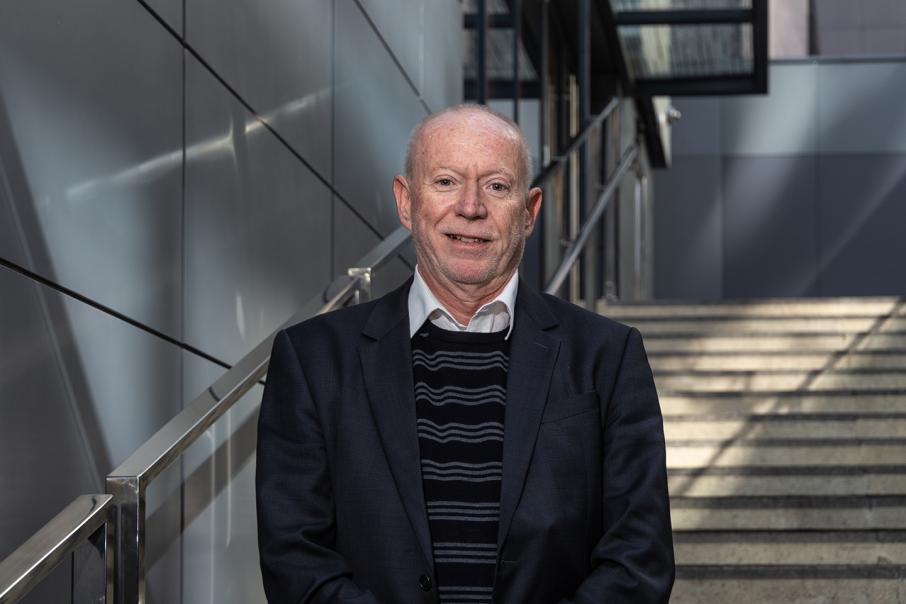 Richard Harris says the cost of Westgen’s Byford project will come in between $70 million and $80 million. Photo: Gabriel Oliveira

About $3 billion of electricity projects are in the pipeline in WA, but technological change and regulatory pressure are creating investment uncertainty.

The neighbouring plant, Muja A&B, which was controlled by government-owned Synergy via subsidiary Vinalco, was shut down this year as part of a broader bid to drain 380 megawatts from the South West Interconnected System (SWIS).

Industry will watch the future of Muja C&D closely, as it could affect the $3 billion of projects in the pipeline in WA.

The four generators in the C&D plant together have a maximum output of 810MW, worth around 17 per cent of the capacity credits for the 2019-2020 capacity cycle.

An option for the government, if it wanted to extend the plant’s life, would be a refurbishment.

That model was used for the A&B facility in 2009, which suffered an infamous blowout to cost twice what was planned, finishing at around $310 million.

An alternative approach might be to shut the generators early.

One reason for that would be as part of a move by the state government to reduce carbon emissions.

A second consideration raised by industry sources is that the plant may be losing money in certain operating circumstances.

Part of the pressure comes from the growing prevalence of rooftop solar panels, with a capacity of 863MW across the SWIS as of December 2017. 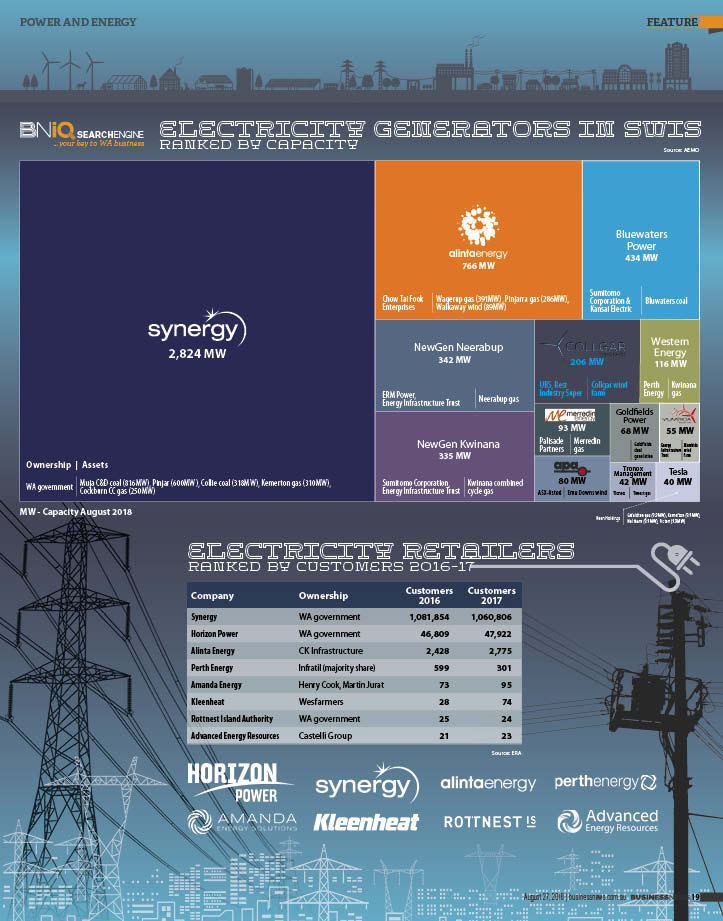 The solar panels mean significant extra power is pumped into the market during the day.

From the perspective of the market operator, which is unable to control dispatch from decentralised solar systems, that means peak daily demand for utility scale generators is moving later into the evening.

In fact, according to Curtin University’s Peter Newman, data from April shows that electricity demand during some days in April hit a lower minimum during the day than at night.

Business News has discovered there were 20 trading intervals (30 minutes each) in the first two weeks of August during which the SWIS balancing market cleared at a negative price.

That means generators would effectively be paying customers to take electricity about 3 per cent of the time.

For some generation types, such as renewables or peaking gas plants, a negative price will mean units are simply turned off.

The process for base load generators is not as clear cut, however, with coal-fired power plants unable to quickly turn on or off as demand fluctuates.

Added pressure will come from Synergy’s Bright Infrastructure Fund, a joint venture with DIF and CBus Super, which will spend about $500 million on a new 180MW wind farm at Warradarge and in two other projects (see list, above).

One energy industry executive told Business News that increased supply would not be positive for coal generation.

“Synergy is creating a rod for its own back, because it’s basically cannibalising its own coal plant,” the executive said.

“You’re starting to get these really big dips (in demand) during the day, so coal increasingly, it’s not there yet, but it will come under pressure because you can’t turn it off during the day.”

A spokesperson for Synergy did not rule out an early closure for the plants, adding that the enterprise was constantly assessing options in a changing energy market.

“Over recent years, Synergy has retired assets against the backdrop of declining net electricity demand in the wholesale electricity market, increasing solar (photovoltaic) and large-scale renewable generation,” the spokesperson said.

“Any changes to Synergy’s generation mix will be assessed based on the economic and generation requirements that best meet WA’s energy needs and will include liaison with government, key stakeholders and the Collie community.”

The cost of the Warradarge wind farm project, and due diligence, were yet to be finalised, the spokesperson said.

The closure of further generation units at Muja is expected to help pave the way for a series of privately backed energy projects (see list, above).

Business News has found $3 billion worth of power projects under consideration or in construction in WA, with most in the South West network.

Nearly half of that figure comes from wind projects.

The biggest such investment under consideration is Alinta Energy’s Yandin wind farm, worth $600 million and with 300MW capacity.

Alinta acquired the investment rights to Yandin in 2016, although little progress has been made since.

One project that is currently under construction is APA Group’s 130MW Badgingarra wind farm, with completion due in 2019.

Power from that facility will flow to Alinta Energy.

In June, APA announced it would add on 18MW of solar capacity at Badgingarra, also contracted to Alinta.

Westgen director Richard Harris said the company was finalising financing for Byford, which would cost between $70 million and $80 million.

The offtake deal for the project was with Wesfarmers subsidiary Kleenheat, which retails power to businesses.

Mr Harris said the company was also considering a battery for the development, one of numerous businesses running the ruler over such a move.

The rising interest in batteries to support utility scale solar developments demonstrates how significant the impact of rooftop panels has been on the market.

The batteries will be used to store excess power created during the day for release in the evening, coinciding with peak demand.

But Mr Harris, who also chairs the Independent Power Association, was clear that an early closure of the Muja C&D plant would be problematic.

“We don’t want (the Muja generators) retiring actually, because that will impact on a small grid like WA,” Mr Harris said.

“It comes back to the economic value you put on those plants that provide that base load security to the grid.

“The capacity market as it’s currently structured doesn’t differentiate between time of use or types of generation.”

He said the government was seeking reforms to assign value to plants that could provide those extra functions through a new ancillary services market.

“They’re looking at reforms there to actually give them (their) true economic value; it’s not rewarded in the current market mechanism,” Mr Harris said.

“As a market participant, we don’t want those plants to retire prematurely.” 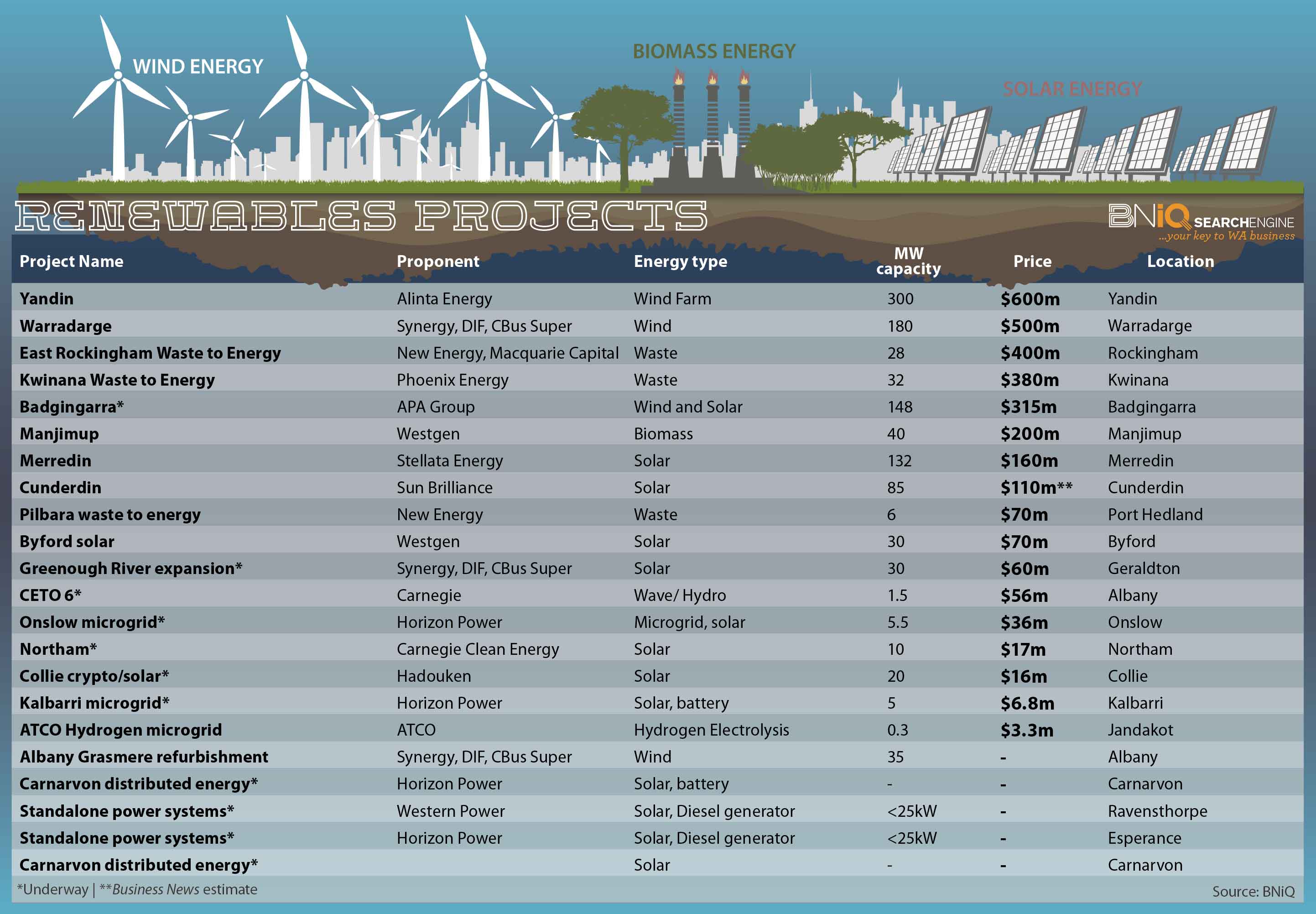 Stellata Energy director of development Troy Santen told Business News the Merredin project was making progress, with the intention of selling power into the merchant market rather than via an offtake contract.

Merredin will have a capacity of 132MW at a cost of around $160 million.

“We’ve got our capacity credits for the 2019-20 year, we’re looking to be operational in the second half of next year,” Mr Santen said.

He said Stellata had added a battery to be part of the project.

Details for that were not quite finalised, although it was likely to be about 20MW with around 32MW hours of storage.

Sun Brilliance director Ray Wills said he was confident the company’s Cunderdin project would be under construction before the end of the year.

“Things are progressing well, we have a timetable we’ve been prosecuting fairly closely since April and we are pretty much on that timetable,” he said of a project expected to take nine to 10 months to build.

“We have a deadline of construction of the end of next year but we’ll beat that with quite a bit of room to spare.”

An optimistic target was for the plant to be ready to go in the middle of 2019, Mr Wills said.

Phase one of the project will be 80MW, with a 48MW second stage intended for an all up cost of $160 million.

He said finance arrangements had been in place since last year.

Mr Wills was confident there would be space in the market for the project, with offtake deals mostly secured.

“There’s no doubt that over the past couple of years renewables have become a very cost competitive way of supplying electricity to customers,” he said.

“At the same time, the project metrics have improved as solar panels get cheaper every year (and) there’s been some good competitive presence for infrastructure builds in the marketplace.”

A suite of possible policy changes, some likely and others more remote, will also affect the sector moving forward.

Those include a potential national emissions policy, reforms to network access arrangements, introduction of greater competition into the retail market, and moves to reduce Synergy’s market power.

Australia’s ongoing emissions reduction policy was unclear at the time of writing.

That will contribute to investment uncertainty, both for renewables and fossil fuel generation.

Locally, Energy Minister Ben Wyatt has made signals that he’s eager to bring about reform.

The Public Utilities Office released a paper in August reviewing the benefit of constraining access to the SWIS for generators.

In such a model, generators are competing for network use. 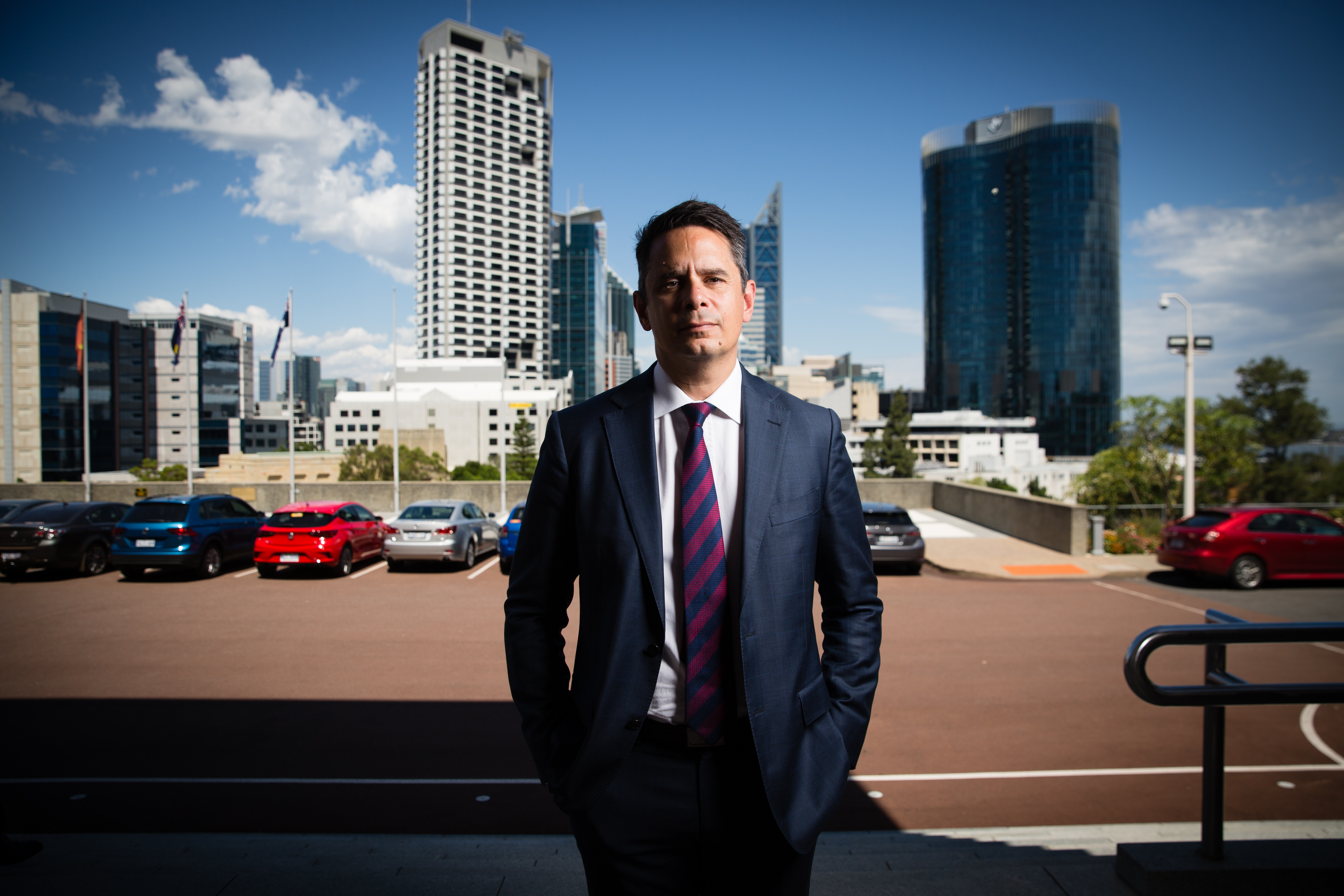 Ben Wyatt has signalled he has reform ambitions for the sector. Photo: Attila Csaszar

Under the existing system, all generators are guaranteed access and the network operator needs to invest in additional capacity to allow for it.

The POU paper said constraining access would save consumers $288 million across a 50-year period.

The challenge, however, was that changing contracts with existing generators would cost them as much as $194 million in compensation.

The report estimates 900MW of new capacity would be able to fit onto the market without new transmission investment.

“The cost of augmenting the network is high,’ the report said.

“A major transmission line augmentation can cost hundreds of millions of dollars.

“A conservative estimate of the cost of building sufficient capacity in the transmission network to allow current and future generators expected to connect in the next 10 years to safely transmit their maximum output is $700 million to $1 billion.”

Another government overseer of energy, the Economic Regulation Authority, has called for a reduction of Synergy’s market power, including in its annual review of the market.

“There is limited competition and wholesale electricity prices are increasingly high and volatile.

“This is despite low spot prices for gas.

“Synergy’s dominance in the wholesale market coupled with a lack of price competition may be driving up wholesale electricity prices.” 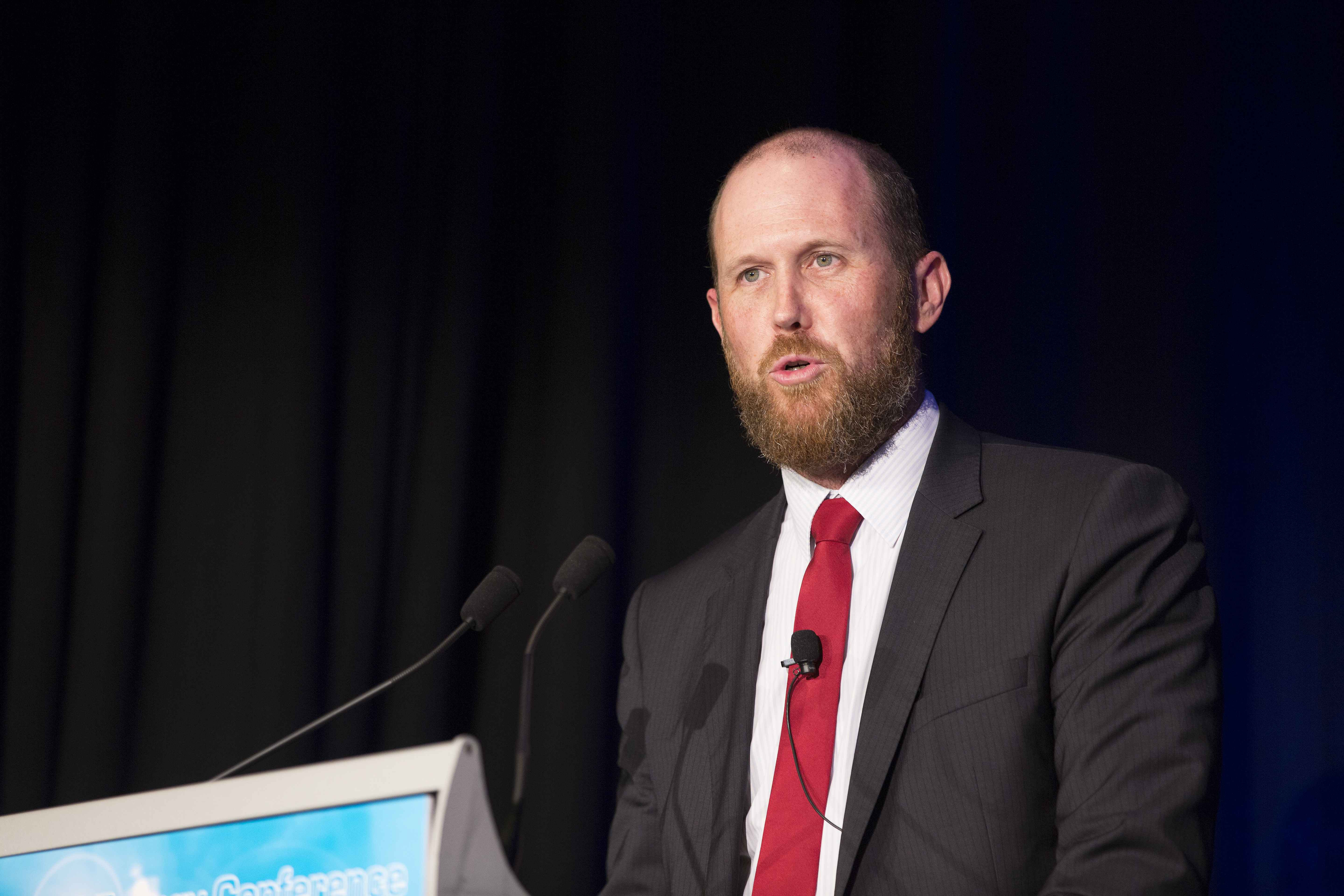 Synergy chief executive Jason Waters will be an influential player in any reform. Photo: Attila Csaszar

In its recent report into the east coast electricity market, the Australian Competition and Consumer Commission called for the two state-owned generators in Queensland to be broken into three, and for each to have separate ownership.

Additionally, the ACCC recommended a cap be placed to stop any entity controlling more than 20 per cent of the generation market.

Both recommendations point to a need to split Synergy.

A related issue is Synergy’s control of the retail market, where it has a legislated monopoly for all customers using below 50MWh a year.

Mr Wyatt has previously signalled ambitions to lower this threshold, although it is unclear when.

The IPA’s Mr Harris said it had always been intended that the threshold would gradually drop.

As a next step, he said all businesses should be allowed to have a choice of power providers.

But he also noted that the government was listening and consulting with industry, a positive sign. 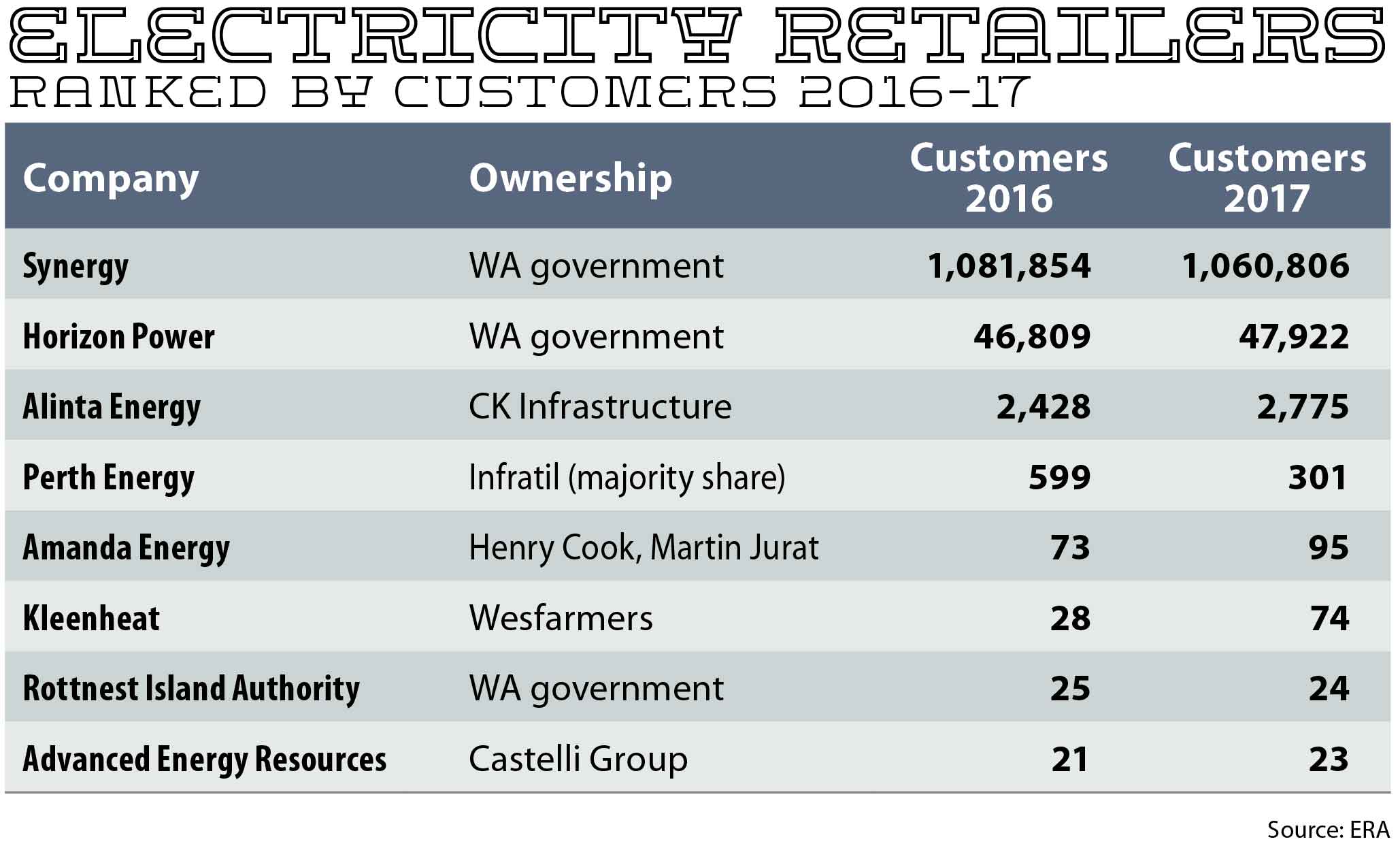