Four Western Australian medical research organisations are aiming to boost collaboration after moving into the Ralph and Patricia Sarich Neuroscience Research Institute in Nedlands, which was officially opened this week. 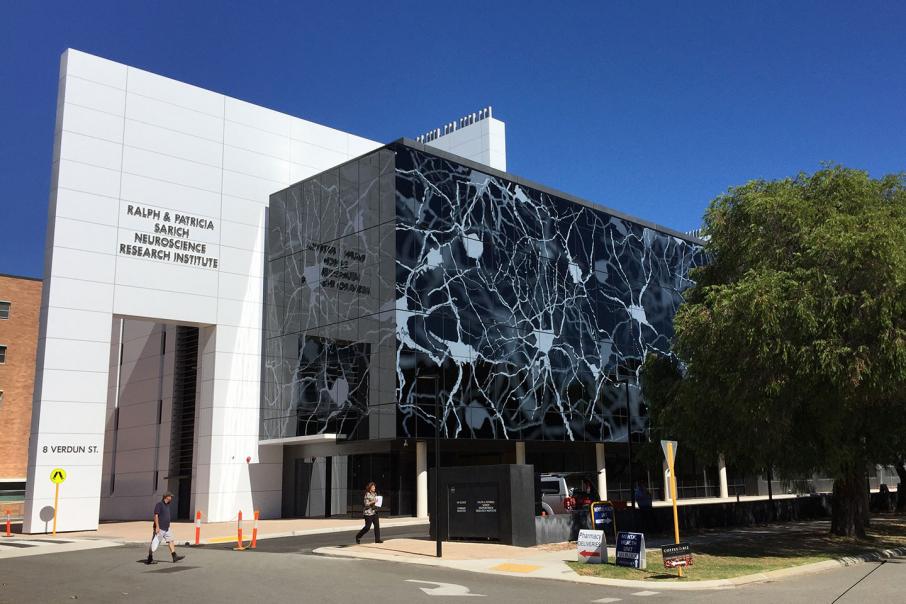 Four Western Australian medical research organisations are aiming to boost collaboration after moving into the Ralph and Patricia Sarich Neuroscience Research Institute in Nedlands, which was officially opened this week.

The new building was primarily funded by a $20 million grant from the family of Ralph and Patricia Sarich, via the Sarich Neuroscience Institute of Western Australia Trust.

Mr Sarich is best known as the inventor of the orbital engine and founder of property group Cape Bouvard Investments.

Cape Bouvard’s website states that the group has provided medical research funding of more than $70 million.

Lotterywest provided $7 million for the new five-level building, which incorporates 8,932 square metres of clinical amenities including rooms for assessments and treatment.

The state government contributed $5 million, Curtin University $3.5 million, and $1 million came from each of the University of Western Australia and the family of Vern and Jo Wheatley.

The development had its genesis six years ago, when Mr Sarich’s son Peter Sarich held a meeting with neurosurgeon and former health director general Bryant Stokes, along with the Ear Science Institute’s benefactor George Jones and director Marcus Atlas.

Professor Atlas said the new building meant that, for the first time, the Lions Hearing Clinic, which cares for almost 50,000 patients across WA, would be located side by side with ESI’s laboratories and clinical scientific research teams.

At the opening of the building, ESI chair John Schaffer remarked on the role hearing plays in neuroscience.

“Hearing research is a critical part of neuroscience, with the sense of hearing a vital part of our brain,” Mr Schaffer said.

He said Ear Science was currently working on the link between hearing and cognition and, in particular, how hearing loss affected dementia.

The Australian Alzheimer’s Research Foundation, led by director of research Ralph Martins, has also remarked on the benefits flowing from co-location.

Professor Martins is chair of Alzheimer’s and Ageing at Edith Cowan University, which will be a sub-tenant in the new building,

His team plans to: build on fledgling work with ESI examining the link between hearing loss and dementia; further Parkinson’s disease research with the Perron Institute, recognising that frequently features of both diseases are found together in the one person; and continue research into the relationship between Alzheimer’s disease and diabetes with Curtin University.