The state government has announced plans for the private sector to design, build, finance and maintain eight new public schools, using a contracting model that has previously been employed in four other states. 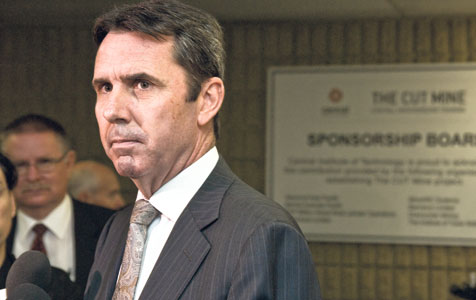 The state government has announced plans for the private sector to design, build, finance and maintain eight new public schools, using a contracting model that has previously been employed in four other states.

The schools deal also marks an extension of the Barnett government’s use of public private partnerships (PPPs), as it seeks to address a worsening budget position.

Education Minister Peter Collier said the schools would be owned by the state government and the Department of Education would be responsible for all educational services.

However, the successful private consortium would handle all other aspects of the project, which has been valued at $370 million.

“A private company will design and build the schools and then maintain them over a 25-year period,” Mr Collier said.

“In addition, the company will finance the design and construction.”

The government said it was seeking to get the best value for the investment it was making in public school infrastructure.

“The government does not commence payment until each school is operational and we can deduct payments if performance measures are not achieved,” Mr Collier said.

“This will be a strong incentive for the company to deliver high-quality schools on time and within budget, and ensure that ongoing maintenance is performed to a high standard.”

A similar contracting model is being utilised for the planned major stadium at Burswood, which is being developed by investors Brookfield Financial and John Laing.

Other assets, such as Acacia Prison and Fiona Stanley Hospital, are run or maintained by private contractor Serco.

Potential participants in the WA schools project would include companies that have won similar schools PPP contracts in other states.

Capella Capital is already an investor in the hospital car park and Goldfields prison projects in WA.

The Aspire Schools consortium in Queensland included AMP Capital and Morrison & Co as investors, Broad as the builder, and Leighton Contractors to operate and maintain the schools.