Construction of Perth’s next premium grade office tower will commence in the middle of next year at Elizabeth Quay after Brookfield Properties and Chevron signed a 15-year sale-and-leaseback deal today. 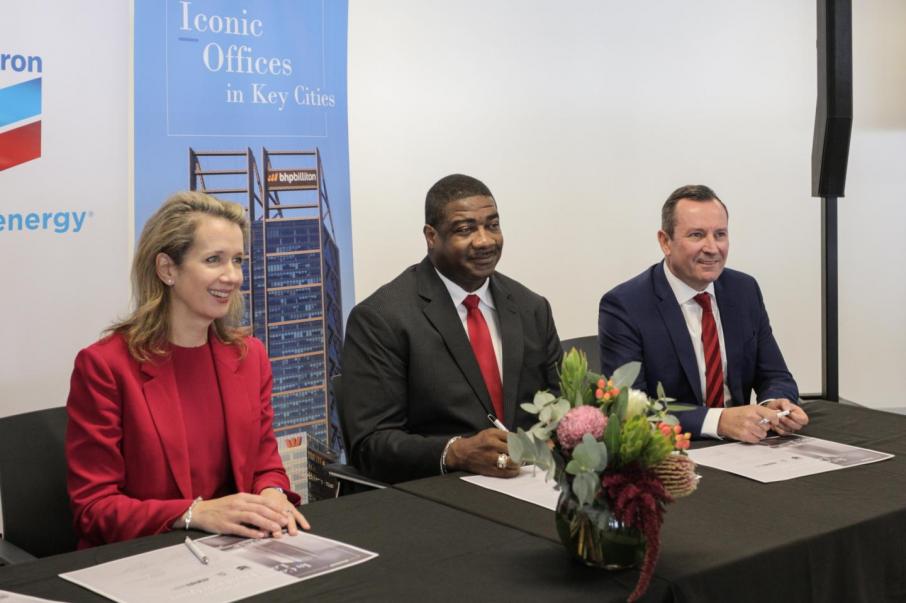 Construction of Perth’s next premium grade office tower will commence in the middle of next year at Elizabeth Quay after Brookfield Property Partners and Chevron signed a 15-year sale-and-leaseback deal today.

Brookfield has agreed to buy Lot 7 Elizabeth Quay from Chevron and construct a 29-level office tower, to be known as 1 The Esplanade.

Chevron will be the anchor tenant for the new tower, after committing to lease 78 per cent of the 42,000 square metres of floor space for a period of 15 years.

The oil and gas giant selected Brookfield as its preferred partner in June last year and obtained development approval from the Metropolitan Redevelopment Authority in December.

Chevron’s leasing commitment is the largest pre-commitment in the Perth market.

Once complete the building will house approximately 3,000 people. It features a two-level podium on the southern side and has large side floor plates of 2,000sqm.

The building has been designed to achieve leading sustainability ratings including 5 Star NABERS and Green Star ratings. The architect was HASSELL.

During the development and construction phase approximately 1,000 people will be employed onsite.

Ms Fallman said Brookfield valued partnerships such as this with Chevron.

“Together with Chevron and the MRA, we look forward to delivering a premier building with top-tier amenities and thoughtfully-designed indoor and outdoor spaces to work, relax and socialise – all on the newest part of Perth’s waterfront for the first time in generations”, Ms Fallman said.

He said it also signalled Chevron’s long-term commitment to WA and followed its big investments in the Gorgon and Wheatstone gas projects.

Speaking at the contract signing this morning, premier Mark McGowan said it showed confidence in the state’s future and will be a boost for the economy.

“We’ve been committed to making Elizabeth Quay a success, and this development will go a long way to making sure this waterfront asset is a feature of our city for decades,” he said.

“Today’s contract signing is a step closer to making Elizabeth Quay as self-sustainable as possible, with a large permanent workforce complementing new residents in the area,” she said.

Ms Saffioti said Elizabeth Quay would ultimately be home to 1,400 people and 10,000 workers.

In addition, Brookfield is continuing planning for lots 5 and 6 at Elizabeth Quay.

Lot 5 is earmarked for a 53-level mixed-use tower including a hotel and apartments while lot 6 is the site for a 19-level office building.