A proposal to build a 301-apartment project along Stirling Highway has been refused by the Metro-West Joint Development Assessment Panel today. 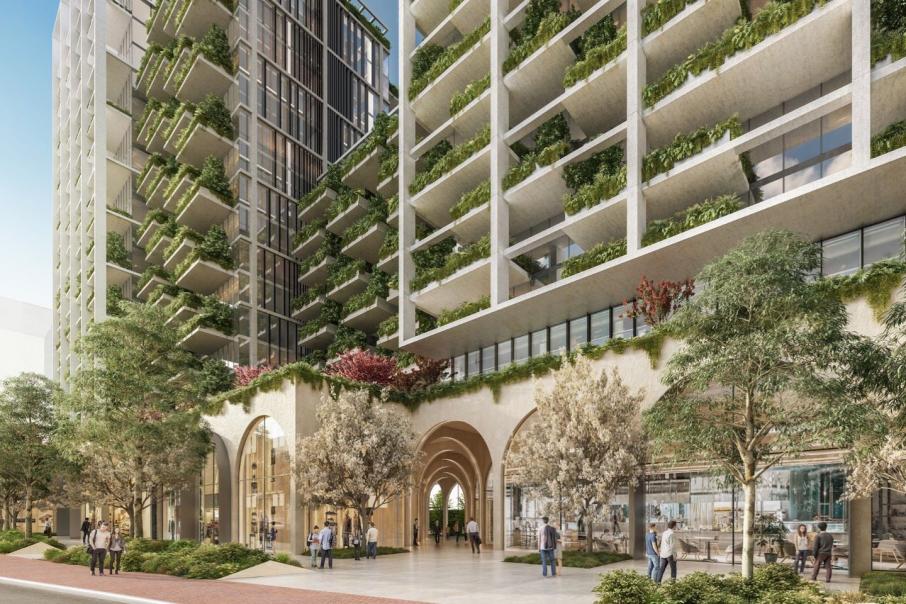 The project is the biggest residential development proposal the City of Nedlands has ever received. Images: Elenberg Fraser

A proposal to build a 301-apartment project along Stirling Highway has been refused by the Metro-West Joint Development Assessment Panel today.

The panel's decision comes after City of Nedlands officers recommended the project for refusal last week, with the development’s scale and size of the main concerns. Today's panel voted 3-2 in favour of the refusal.

The proposal, designed by architecture practice Elenberg Fraser, is for a parcel of land, known as the Chellingworth Motors site, located at 97-105 Stirling Highway. 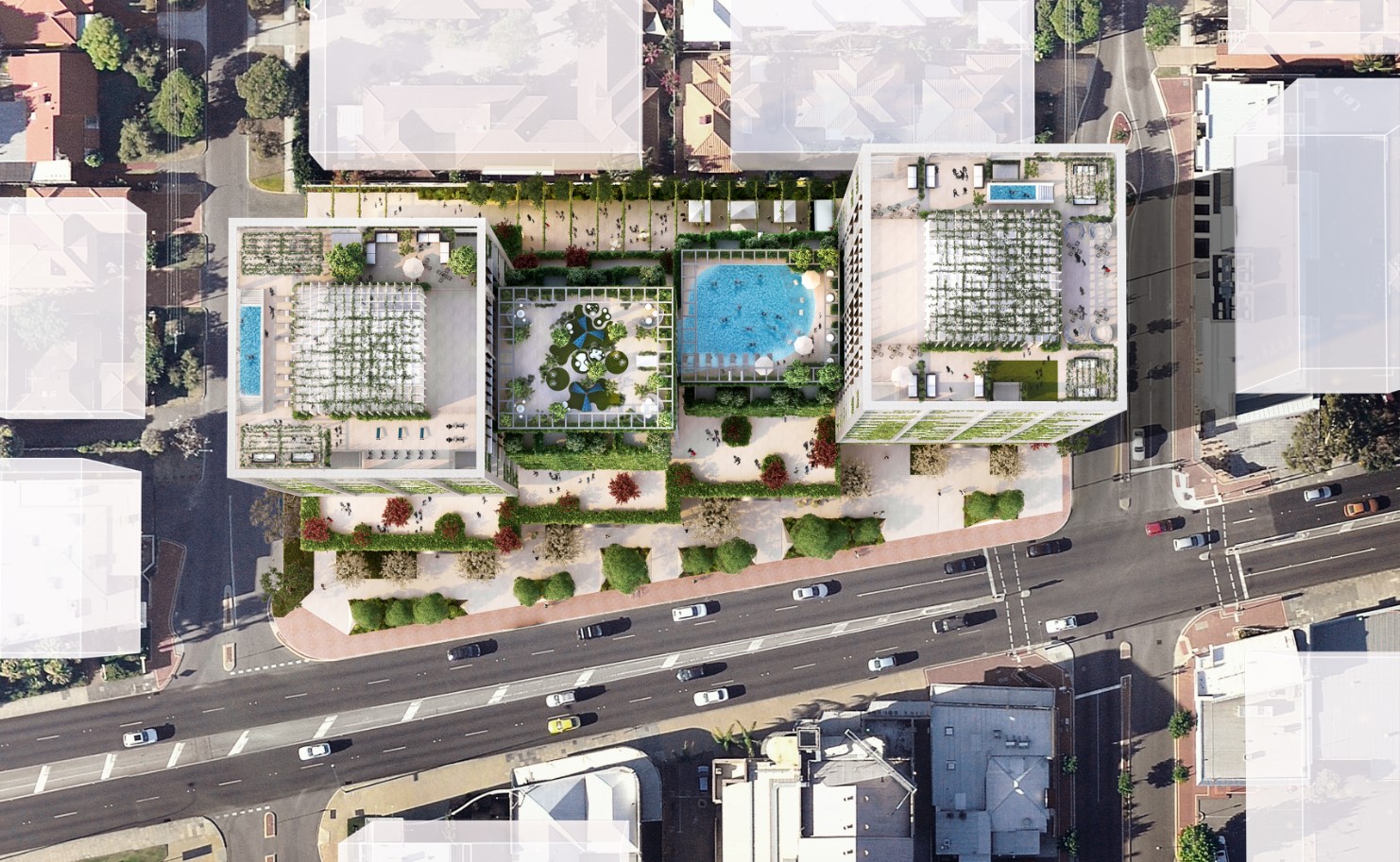 An architect's aerial impression of the proposed mixed-use development.

It’s the biggest residential proposal the City of Nedlands has ever received and follows the gazettal of the city’s new local planning scheme in April 2019.

Part of the new scheme involved significant rezoning, contained to ‘key corridors’: up to seven-storeys permitted along Broadway; 10-storeys plus along Stirling Highway; and up to three to five-storeys within some streets off Stirling Highway.

The Chellingworth Motors site was identified within a potential town centre zone, which was left without height controls. 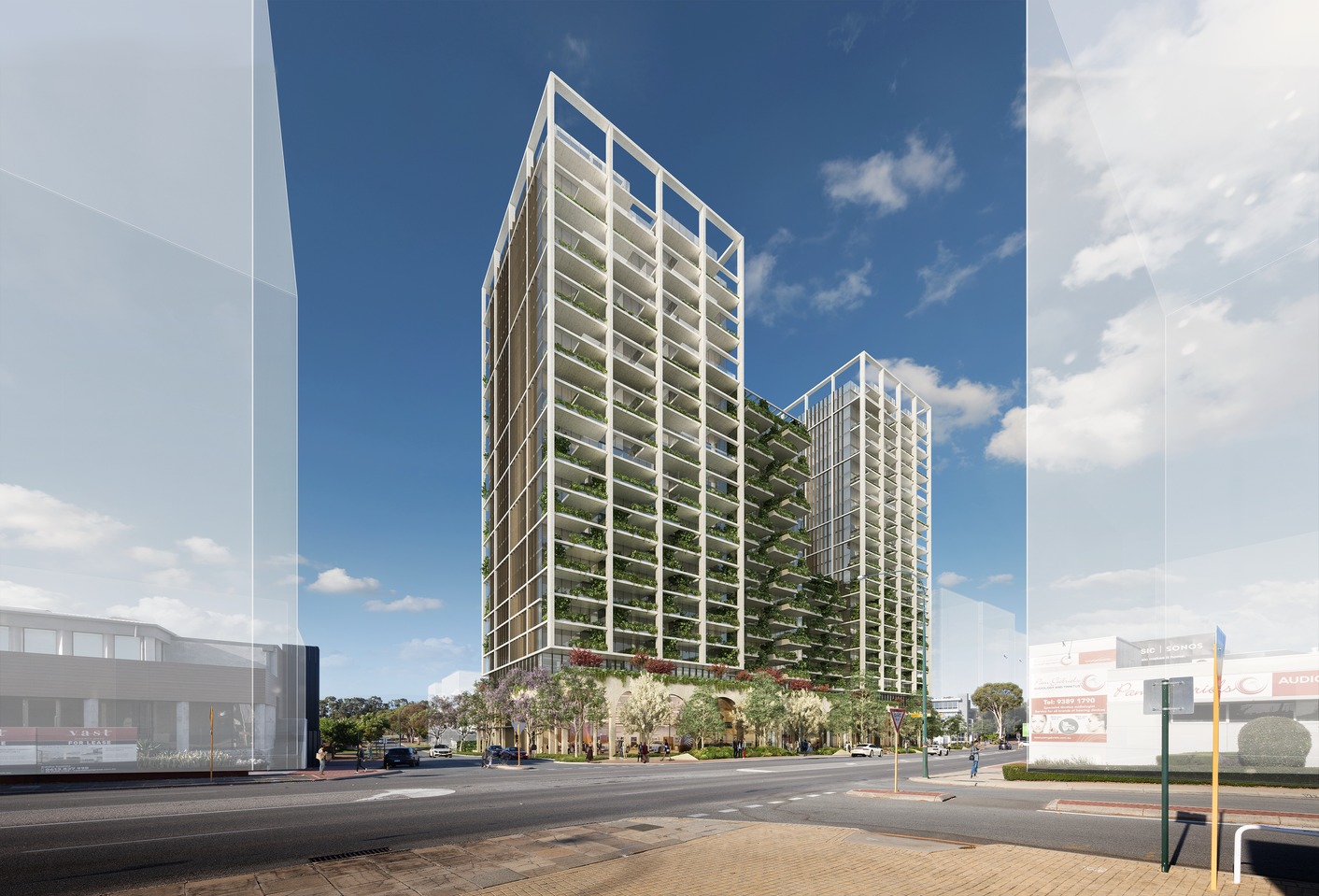 The propsal followed changes to the local planning scheme in April 2019, which implemented new zoning codes.

Among the main concerns expressed by attendees at the meeting held earlier today included concerns over the proposal’s design principles and elements, its potential impact on the characteristics of Nedlands’ area, appropriate parking bays, its height as well as potential congestion.

The State Design Review Panel (SDRP) has reviewed the proposal three times, subsequently resulting in three complete redesigns of the project and Grange Development Consulting managing director James Dibble said that feedback had been incorporated at each iteration of the design.

Urbanista Town Planning director Bianca Sandri, who has been working with the developers, said the team was disappointed with the outcome.

"It is a lost opportunity for Nedlands and the state as the project would have contributed to stimulating our economy and providing high quality town centre for the Western Suburbs," Ms Sandri told Business News.

"Although disappointed, we see this as a hurdle in the process and look forward to working with relevant authorities to deliver the project.”