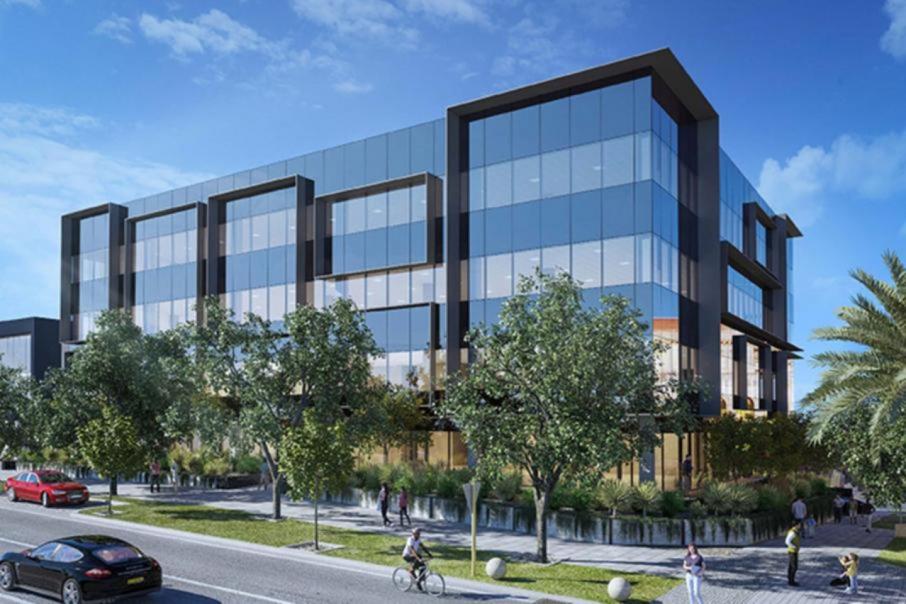 An artists impression of the new office building on Harvest Terrace, West Perth.

Earlier this year, Rowe Group filed a development application on behalf of the state government seeking approval to demolish two buildings at Lot 2 and Lot 500 on Harvest Terrace to make way for a four-storey office building - referred to as the Parliamentary Annex.

The development, which will also span across a third lot, includes a floor area of 6,386 square metres, a basement car park, and landscaping around the perimeter of the site.

The project was funded in the last budget in a bid to resolve long-standing office accommodation pressures at Parliament House.

But according to the documents filed by the proponent, the Department of Finance has advised the fourth floor, which has an area of 1271 square-metres, is currently surplus to the government’s office accommodation requirements, but may be required in the future.

Business News understands that two of the three lots, which are located within the Parliament House Precinct, are owned by the state government, with the third owned by Pivot Group; but the developer had agreed to transfer the title of Lot 501 in freehold to the state if the development was approved.

The structure was proposed to be built predominantly in glass with a simple and elegant façade reflecting the heritage architecture of Parliament House, but the State Design Review Panel, the City of Perth and the state’s Heritage Council all raised concerns about its design quality.

The state’s Heritage Council did not support the development because it did not respond “sympathetically” to its heritage context, sitting adjacent to the heritage-listed Harvest House and Parliament House.

But during a presentation at today’s meeting, the applicant told the commission that the use of glazing was in purposeful contrast to ensure that the heritage context retained its own identity, with Parliament House remaining “the hero”.

The Western Australian Planning Commission chose to approve the development application during the meeting late this afternoon, subject to a suite of conditions.

A tender for the construction of the development has already been issued.