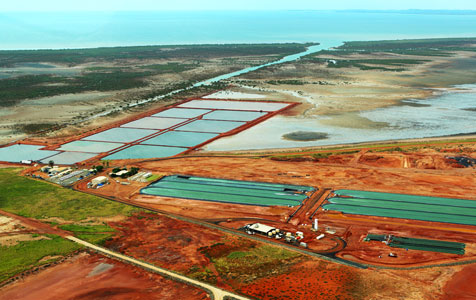 Biofuels producer Aurora Algae’s proposal for a new commercial algae farm near Karratha has been conditionally approved by the Environmental Protection Authority (EPA).

The $300 million project will initially cover 100 hectares, which the US-based company aims to expand to a 400ha full-scale commercial facility.

Business News has previously reported that the initial 100ha facility will cost about $100 million with further phases costing $200 million.

The company will use the commercial farm to cultivate, harvest, separate and process the algae.

Aurora has estimated the farm will employ 275 people for the duration of the project.

Algae processed at the farm will be processed into three products; biodiesel for use as a fuel, biomass for farmed fish and animal feed and omega 3 oils for the food and drug industries.

EPA chairman Paul Vogel said the proposals were accepted after significant changes to meet the EPA’s key environmental concerns over the marine environment and groundwater.

“This project was redesigned to ensure that impacts to the environment were minimised,” he said.

The removal of a seawater outfall for brine and a supply pipeline to Dampier were part of the changes to the farm proposal.

“The proponent was responsive to the EPA’s concerns by also reducing the area to be cleared for the project,” Dr Vogel said.

Aurora gave the project the go ahead in 2012 after success with its demonstration facility in Karratha.

According to the EPA, the algae farm has a lifespan of more than 20 years.

The EPA’s approval of the site comes on the back of fellow biofuels producer Algae.Tec signing a memorandum of understanding (MOU) with WorleyParsons in March.

The MOU will support Algae.Tec’s future development of projects in Australia, Europe and the United States which are in the feasibility stage.