The Australian Institute of Marine Science has teamed up with three universities for a major environmental study off the state's Kimberley coast that will be funded by gas project developers Shell and INPEX.

The Australian Institute of Marine Science has teamed up with three universities for a major environmental study off the state's Kimberley coast that will be funded by gas project developers Shell and INPEX.

The $15 million Kimberley study is similar to a five-year, $12 million study that is getting under way off the Pilbara coast, using funds from Chevron's Gorgon project.

The University of WA and CSIRO have been engaged to undertake the $12 million Pilbara coast study.

UWA is also a partner in the Kimberley study, which involves Curtin University, the state government's ChemCentre, and Monash University in partnership with AIMS.

The Kimberley study is funded by Shell and INPEX, which are required to complete Operational and Scientific Monitoring Programs (OSMP) prior to commencing production drilling for their Prelude and Ichthys projects, located 450 kilometres north-west of Broome in the Browse Basin.

The companies said that, with similar ecology and overlapping zones of potential influence, they agreed to jointly fund the development of an OSMP that was suitable for deployment at either field.

The Shell-operated Prelude gas field is 15km away from the INPEX-operated Ichthys gas field.

"We absolutely have the capability and experience, together with our partners, to deliver independent analysis and monitoring which is now required by law by the government of Australia," AIMS research director Jamie Oliver said.

"This partnership with AIMS and their R&D partners will help not only assist the oil and gas industries in their own work but also help better understand the Browse Basin environment."

The partnership incorporates plans for monitoring the marine environment in the event of loss of containment from either project's wells.

Meanwhile, Environment Minister Albert Jacob said 300km of coastline would be surveyed in the Pilbara study, including the World Heritage-listed Ningaloo Marine Park, the Montebello/Barrow Islands Marine Conservation Reserves and the Dampier Archipelago.

"This unprecedented survey will inform conservation planning into the future and the findings will allow government and industry to balance the environmental sustainability of the Pilbara with increasing use," Mr Jacob said.

The Gorgon funding is provided under an agreement that will see the project's joint venture owners contribute $60 million over 30 years for conservation work.

Other beneficiaries include the Dirk Hartog Island National Park ecological restoration project, which will obtain $8.5 million over seven years from the Gorgon fund and a further $4.8 million from the state government. 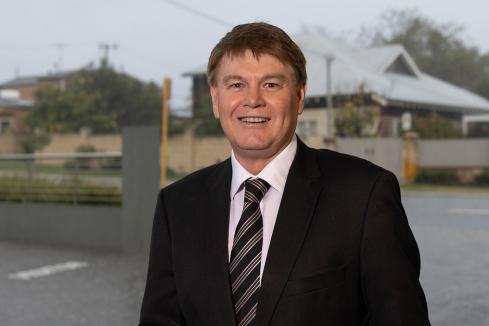