Underwater acoustics and coral reseeding will be used at the Ningaloo Reef and Great Barrier Reef in a $27 million Australian Institute of Marine Science project supported by BHP. 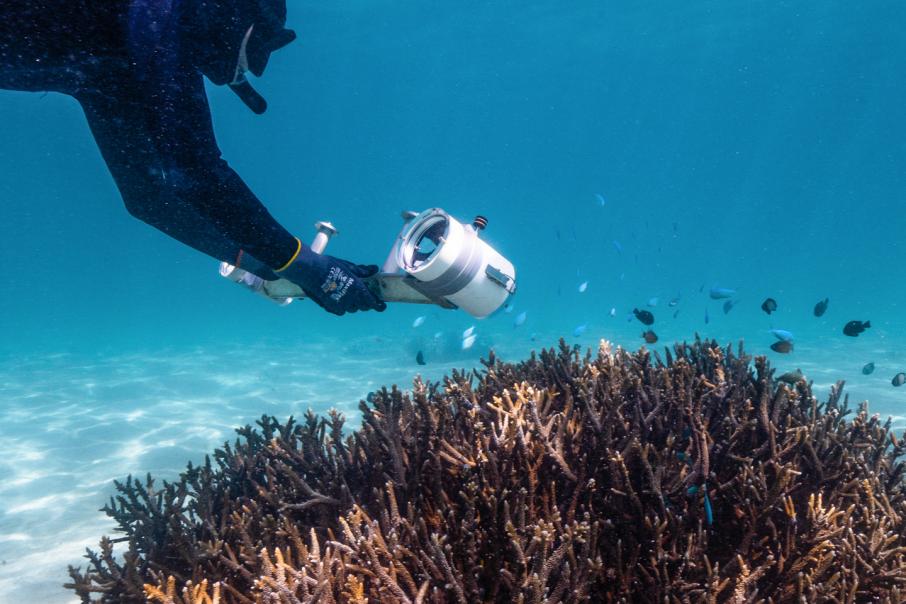 Underwater acoustics and coral reseeding will be used at the Ningaloo Reef and Great Barrier Reef in a $27 million Australian Institute of Marine Science project supported by BHP.

The two organisations jointly contributed to a five-year project at the two reefs, called the Australian Coral Reef Resilience Initiative.

They hope the plan will help develop new methods to improve reef resilience, particularly given the impact of climate change.

The Great Barrier Reef Marine Park Authority said in 2019 that climate change would be the biggest threat to that reef.

The reef has suffered a series of bleaching events in recent years, and the agency has been concerned those events will be more serious or frequent than in the past, meaning the reef is unable to naturally heal over time.

The initiative will attract fish using underwater acoustics that mimic the sounds of a healthy reef, which will support recovery.

It will also include reseeding of the reefs.

“This research will lay the foundation for a completely novel ecosystem-based approach to influence the size of future adult populations and the amount of coral cover on a reef,” he said.

At Ningaloo, researchers will investigate fish settlement, husbandry and herbivory in ecosystem recovery.

“We know from a proof-of-concept study that soundscapes of healthy reefs are settlement cues, with fishes choosing a healthy-sounding reef over a degraded reef,” Dr Hardisty said.