Truenorth Properties has lodged plans to build a $27.39 million six-storey apartment building in Tuart Hill, a project it hopes to expedite through the state’s new Development Assessment Unit. 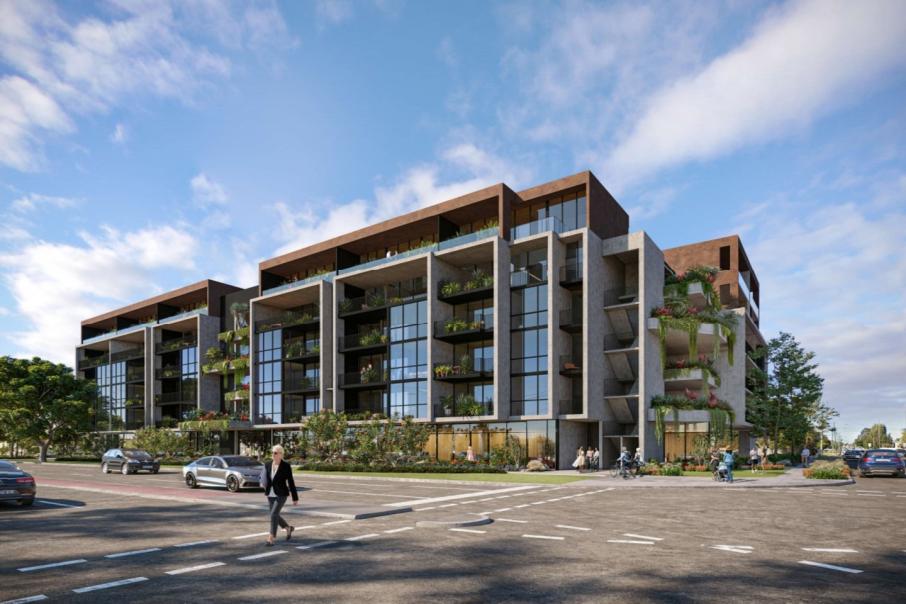 The application proposes the construction of 68 apartments, three office tenancies and parking on the corner of Main Street and Morley Drive. Image: Architectus

Truenorth Properties has lodged plans to build a $27.39 million six-storey apartment building in Tuart Hill, a project it aims to expedite through the state’s new Development Assessment Unit.

The application was lodged by SMATS Group on behalf of Truenorth Properties, which hopes to build 68 apartments, three office tenancies and parking on the corner of Main Street and Morley Drive.

The application surfaced on the website of the state government’s State Development Assessment Unit (SDAU) last week, a body established to streamline the approvals process and hasten developments to assist with economic recovery in the wake of COVID-19.

Business News understands the proposal would involve the demolition of a building with 12 units, which were built in 1969.

The proponent is understood to have been in discussions with the City of Stirling about the development since 2018, the same year it purchased the 3,112 square metre site for $3.1 million.

A spokesperson for Truenorth Properties told Business News the redevelopment was in alignment with both the state and the city’s plans for densification, but required changes to the local planning framework, which had been delayed.

They said the state’s new development pathway had provided the company an alternative path to approval.

“We see the subject site as being ripe for redevelopment and is of a suitable size to create a unique opportunity for a pilot project for implementation of the city's strategic planning initiatives,” the spokesperson said.

“We note that the City of Stirling is now progressing with its scheme review and based upon the city's Local Planning Strategy, the scheme review is likely to include implementing the provisions of Better Suburbs to allow for densification of sites such as this which are within identified corridors.

“We have a development that is shovel ready and, if approved, will enable a further stimulus assisting with the economic recovery by facilitating development in response to the economic effects of the COVID-19 pandemic.”

A spokesperson from the Department of Planning, Lands and Heritage told Business News the proposal had been referred to the City of Stirling and other regulatory agencies and that public consultation had now commenced.