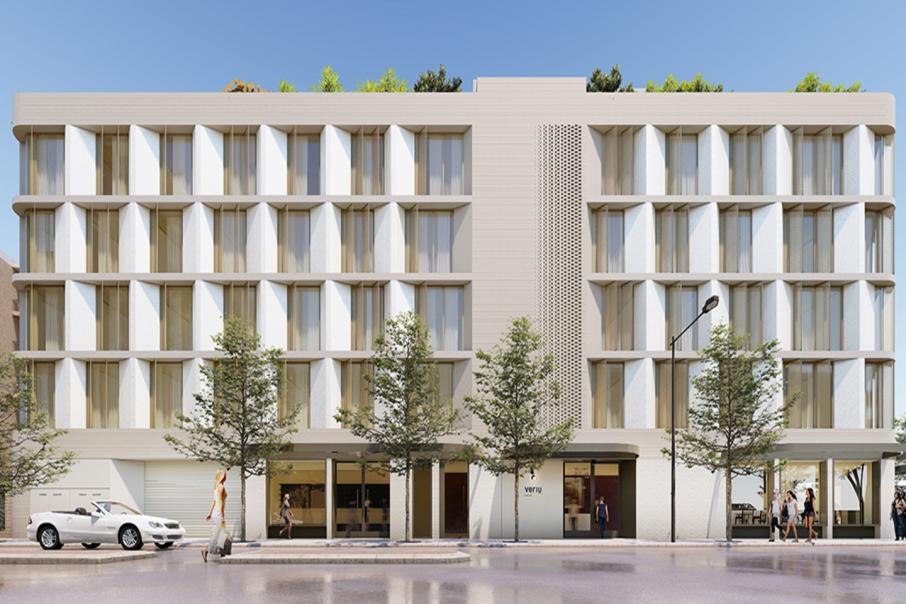 The state’s peak planning body has given property developers Yolk Property Group the green light to build a $24 million hotel on Fremantle’s renowned cappuccino strip, despite the local council recommending it be refused.

The development application, which was considered and approved by the Western Australian Planning Commission (WAPC) during a meeting this afternoon, features the construction of 100 hotel rooms, a cafe, gym, conference room, office and shop across the 1,169-square-metre vacant lot on South Terrace, which has been vacant for more than three decades.

The SDAU had recommended the WAPC approve the development, but the City of Fremantle pushed for it to be refused because it did not comply with the height limits in the local planning scheme, exceeding the height limit by 13 metres.

But the WAPC has the authority to approve departures from the local planning scheme, as long as the proposal is considered to be consistent with orderly and proper planning.

The city council also considered the scale and form “detrimental” to the character of the area, large parts of which are low in scale and home to heritage-listed buildings, and had the potential to increase traffic, noise and overshadow neighbouring properties.

Those concerns were shared by 12 of the 42 respondents during the public consultation process, as well as a further 23 who supported the proposal subject to changes.

Residents and the owner of the adjoining property voiced those concerns during a presentation at the meeting today, arguing that the proposal was too big and out of character with the area as well as the precedent that could be set if it were to be approved.

Harris Jenkins Architects’ Rhys Jenkins and Urbis’ Megan Gammon spoke about the merits of the proposal and the anticipated economic, community and tourism benefits - with the $24 million project expected to create 60 jobs during the construction phase and 33 ongoing jobs when the hotel and facilities are operational.

Ms Gammon said the provisions for height in the city’s 14-year-old scheme were outdated and insisted the built form would not diminish amenity, having been designed in a way that was sympathetic to the heritage of Suffolk Street.

Despite the project being shovel-ready and funding having been secured, the proponents sought an amendment to a condition which required the development to be substantially commenced in the next 12 months.

The proponent requested that it be extended to 18 months to allow additional time for tendering given the current market conditions, a request that was granted by the WAPC.

The approval is a significant one, given the number of attempts that have been made to progress development at the site over the past decade.

A four-storey mixed use development was proposed but refused by the City of Fremantle in 2008 because it was inconsistent with the planning scheme.

The refusal was appealed to the SAT, but the tribunal upheld the decision.

Two years later, the city approved a three-storey development for the site. Despite multiple extensions, the development never commenced.