Another aged care project has been given the green light via the State Development Assessment Unit process, despite a lack of support from local council. 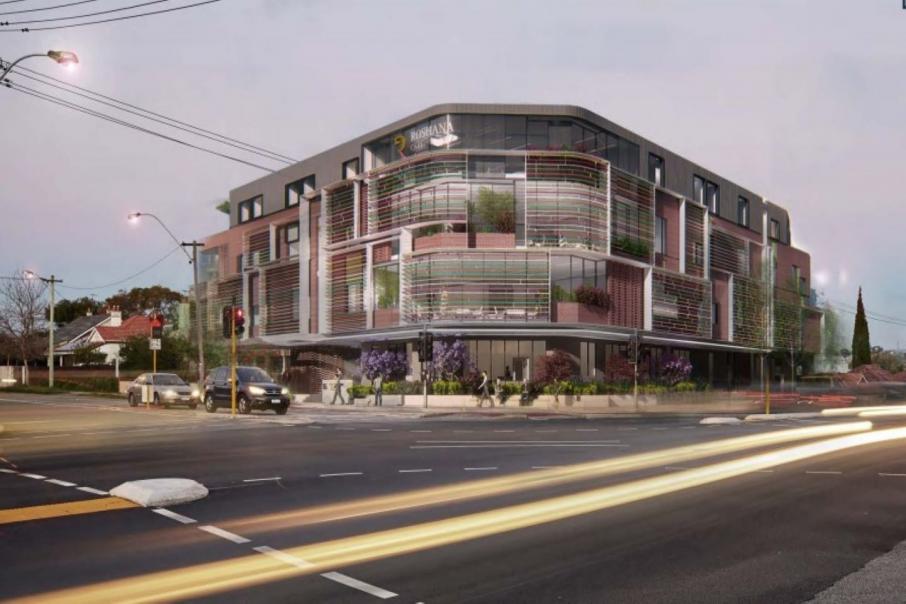 The facility is planned for 16-20 Duncan Street in Victoria Park. Image: Maarch Architects

Another aged care project has been given the green light via the State Development Assessment Unit process, despite a lack of support from local council.

Roshana Care Group’s proposal for a four-storey residential aged care facility on Duncan Road in Victoria Park has been approved by the Western Australian Planning Commission under the state government’s significant development pathway, the SDAU.

The $22 million development is located opposite a shopping centre as well as the Ursula Frayne Catholic College.

In its determination of the project, the WAPC said it noted the project’s high-quality architectural and landscape design and response to short and longer-term plans for the wider area.

The WAPC additionally noted the development would provide aged care beds in an existing residential community, which was consistent with the intent of the state’s new Position Statement: Residential Accommodation for Ageing Persons.

Within yesterday's meeting agenda, one resident's presentation expressed concern over the style and size of the development in relation to the recent Royal Commission into Aged Care recommendations, which notes a potential future preference for smaller, more personal residential aged care accommodation.

The development features resident amenities on the rooftop and ground floor, where a café will be open to the public.

Construction of the four-storey development is expected to start within the next 18 months.

The SDAU was formed as a response to COVID-19 to simulate construction activity through the streamlining of development approvals considered significant (those over $20 million in metropolitan Perth).

Roshana initially submitted plans to the Town of Victoria Park in May last year, but withdrew its development application before it was assessed by the Joint Development Assessment Panel (JDAP).

The group chose to pursue the SDAU instead, with the WAPC granted temporary decision-making powers to determine applications.

Under the SDAU process, applications are referred to local authorities for comment but the WAPC is not bound by any planning or non-planning law, rule, or other requirement when determining applications (other than the Environmental Protection Act 1986).

The Town of Victoria Park outlined in the meeting agenda that it did not support the proposal, largely due to what it said were inconsistencies with its precinct plan that promoted selective and sensitive development in line with existing style, scale and character of the area.

The council also noted that, in the case of the WAPC approving the project, the height and scale of the development was considered appropriate for the wider future planning context of the site.

As part of the SDAU public consultation process, more than 400 letters were sent to residents and property owners within 200 metres of the site, with 21 submissions in total received, as well as a petition with 88 signatures.

Of those submissions, 12 objected to the project, largely over height, scale, possible traffic impacts, and that the project was not consistent with local character.

Roshana expects the project to create between 130 and 200 jobs during construction and 120 jobs for facility staff once complete.

The determination follows the WAPC’s approval of Oryx Communities’ proposal to build an 80-bed, four-storey facility in Nedlands, which is expected to create 600 jobs.

Like the Town of Victoria Park, the City of Nedlands did not support the aged care project, for similar reasons.

The WAPC has so far approved all five projects that have been processed through the SDAU.

At the time of writing, there were an additional seven projects under assessment, on top of three projects that are now open for comment.

Since the SDAU opened in July 2020, the temporary assessment pathway has received about 70 expressions of interest.