The big iron ore miners exporting out of Port Hedland will have to pay up to $220 million to property owners in the town’s West End, under a buy-back scheme announced by the state government today. 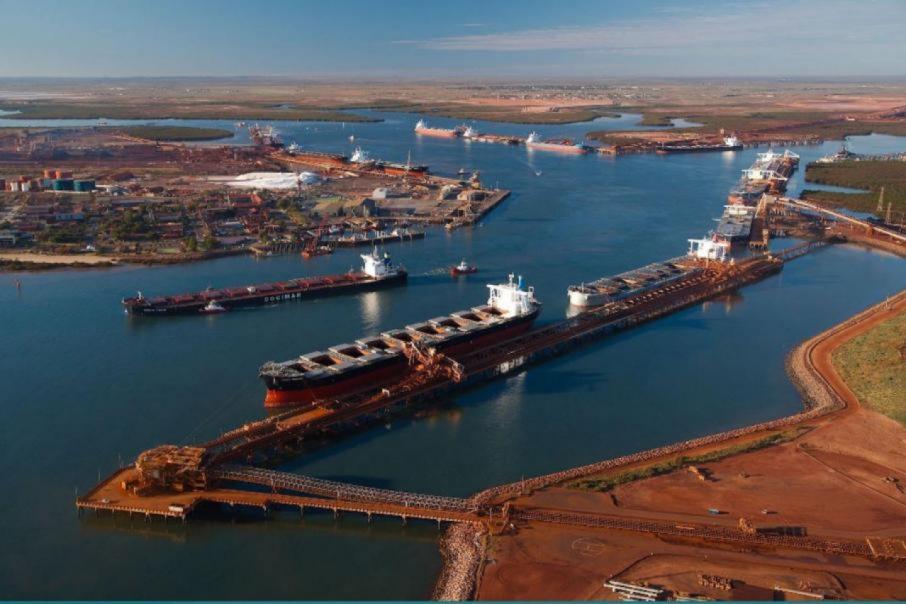 Around 400 property owners will be affected by the buy-back scheme. Photo: Pilbara Ports Authority

The big iron ore miners exporting out of Port Hedland will have to pay up to $220 million to property owners in the town’s West End, under a buy-back scheme announced by the state government today.

Dust pollution has been a long-running issue for the iron ore export hub, which exported more than 515 million tonnes in 2019, with shipments expected to increase to 547Mt in 2023.

The port’s three biggest users are iron ore miners BHP, Fortescue Metals Group and Roy Hill Holdings, which are expected to contribute the most money to the industry-funded buy-back, but it’s not yet clear how the costs will be carved up between them.

BHP has been operating in Port Hedland much longer than other iron ore miners and is the biggest exporter; and notably, some of its iron ore stockpiles are located just metres from the town’s West End.

In contrast, Fortescue and Roy Hill have their stockpiles and wharves on the other side of the harbour, further away from the West End.

Around 400 property owners will be offered a settlement that includes a 35 per cent premium, as well as up to $20,000 to cover transaction costs.

With Port Hedland’s median property price of $395,000, the scheme could cost industry up to $220 million.

Regional Development Minister Alannah MacTiernan said the buy-back, to be funded by industry, was a good outcome for landowners in the area.

“The Port Hedland voluntary buy-back scheme is designed to provide options to property owners in the West End whose land is subject to a rezoning to limit residential use in the West End,” she said.

The scheme will become available in the second-half of this year and remain open for three years.

It will be administered by the Pilbara Ports Authority and governed by a range of directors, including from the Pilbara Development Commission, DevelopmentWA, and the Department of Planning Lands and Heritage.

Port Hedland Industries Council chief executive Kirsty Danby welcomed the scheme, saying it would contribute to a transformational change to the West End, along with the state government’s Spoilbank Marina project.

“PHIC and its members will continue to work with all stakeholders to understand the details of the scheme,” Ms Danby said.

“Industry will continue to consult with the state government to determine a suitable funding arrangement.”

The state government today invited businesses to register their interest in working on the $121 million Spoilbank Marina project.

The development will include a four-lane boat ramp, a 21-boat pen marina, trailer parking for up to 200 vehicles, as well as public recreation facilities and a fishing jetty.

"This register gives local businesses the chance to get in early and flag their interest and expertise in civil infrastructure projects, ensuring the best possible opportunity to be a part of this transformational project,” Ms MacTiernan said.

She said the marina was a massive project for Port Hedland, which will create an estimated 221 jobs during the two-year build.