The state government has announced a $20.2 million investment into regional aged care under its Royalties for Regions scheme. 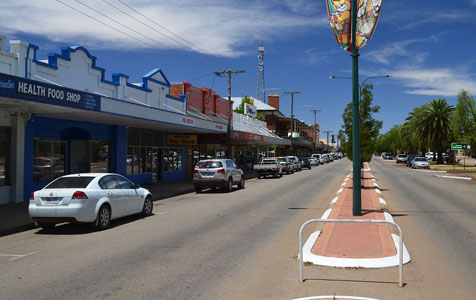 At least 50 new independent living units are to be built in Merredin.

The state government has announced a $20.2 million investment into regional aged care under its Royalties for Regions scheme.

The government will put $5.1 million towards a new 14-bed dementia wing at Narrogin Cottage Homes, which will the only dementia-specific facility in the southern Wheatbelt.

Sixty high-care beds in four 15-bed wings at Harvey’s Hocart Lodge will be funded by $3.6 million from the government.

Funding of $5 million will go towards 14 independent living units (ILUs) spread across the south of the state in Dumbleyung, Wagin, Lake Grace, Williams, West Arthur, Woodanilling, and Kent.

This will be the final stage of a project to create 45 ILUs in seven shires of the Wheatbelt and Great Southern.

Another ILU project is set to begin, with a target of 187 ILUs in 11 shires.

In the first stage of this project, just more than $2 million is being allocated to the preparation of 54 plots in Merredin for future construction.

The government is providing $2.5 million for the second stage of the Dwellingup Community Village.

A project to construct 21 ILUs at Collet Barker Court in Mt Barker is receiving $1.2 million in funding to build four of the seven units to be built in the third stage of the project.

Finally, approximately $650,000 will be contributed to three ILUs in Kojonup as part of a project to build six such units in that town.