The Plunkett family is seeking to sell a major landholding just south of the coastal town of Guilderton, after updating development approvals to address issues that adversely affected an earlier sales campaign. 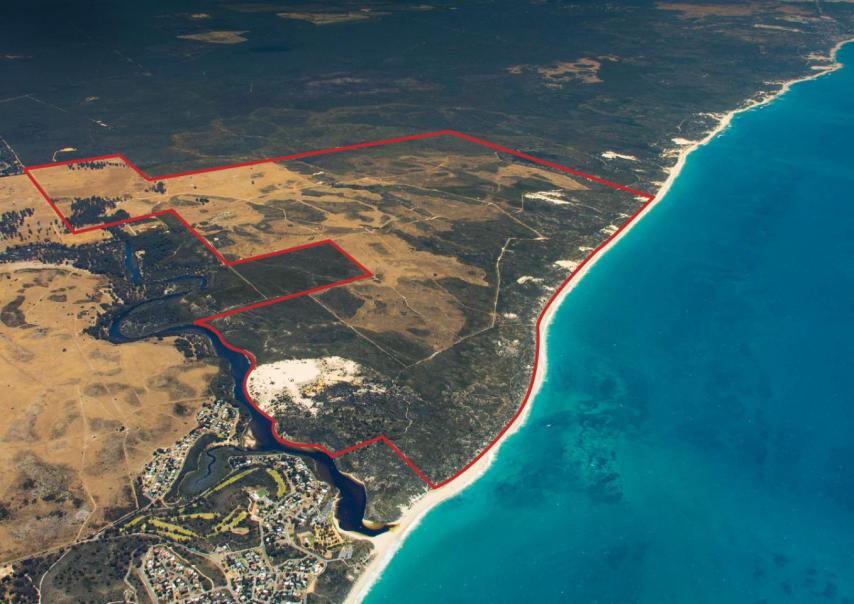 The Plunkett family is seeking to sell a major landholding just south of the coastal town of Guilderton, after updating development approvals to address issues that adversely affected an earlier sales campaign.

Moore River South is a 2,103 hectare property that has been owned and managed by the Plunkett family since 1967.

The family has appointed JLL’s Sean Flynn and Nigel Freshwater to take it to market.

The property has full approvals for a new owner to develop a master-planned project that includes housing for 5,000 residents across nearly 2,000 lots, as well as retail, mixed business, tourism, community and public recreation components.

The project has attracted significant political controversy over the years, including long-running criticism from local action group Friends of the Moore River Estuary Inc.

Despite this, the WA Planning Commission extended the sub-division approval in January this year for an extra four years.

Mr Flynn, who handled a sales campaign for the property four years ago, said the Plunkett family had exhaustively updated and refined the servicing methodology for the land.

Mr Flynn said the way was now clear for a new owner to quite swiftly move to commence development.

He described Moore River South as a prime investment opportunity offered to market at a time when investors can position themselves for the next property market upswing.

“The state’s economy is predicted to bounce back over the next few years with further improvements to the labour market and increasing population growth,” he said.

“We believe this is the biggest coastal site approved for a master-planned development available in Australia right now.”

“It is crucial to recognise that WA’s housing market typically bounces back strongly after an economic downturn,” he said.

“Together with this, counter-cyclical investment opportunities exist in WA while prices in the Sydney property market continue to trend lower.”

It is approximately 80km or about 1 hours’ drive north of Perth, and just to the south of the coastal community of Guilderton.

The Plunkett family was a pillar of the building and construction industry in WA for more than a century after establishing Plunkett Homes in 1903.

The business was acquired by Julian Walter’s JWH Group in 2006 while the family continues to be active in commercial and industrial developments.