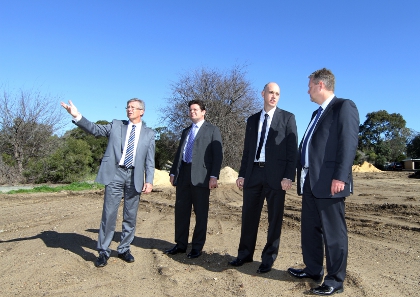 Development of a prime four-hectare property near Subi Centro is set to proceed after the state government and the Town of Cambridge resolved a 15-year dispute over how the proceeds would be carved up.

“The Town of Cambridge has freehold ownership of the land; however, there is also a municipal trust on the land which allows it to be used for government purposes.

“Initially the government wanted a large slice of the proceeds and the Town felt it should receive full entitlement due to its freehold ownership of the land.”

However, a 60/40 split was decided upon with 60 per cent of the proceeds going to the Town of Cambridge and 40 per cent to the State government.

Mr Buckley said initial estimates of the Town of Cambridge’s cut range between $18 and $20 million.

The residential development is anticipated to have a mix of 200 high density properties in a similar vein to the nearby Subi Centro development.

Development of the site will be managed by Landcorp and while there have been no concrete plans yet, Mr Buckley said the council was exploring various options and hoped to have a mix of multi and single level developments that would cater for a diverse range of young people, and over 55s and families looking to downsize their homes.

Mr Buckley said the two parties agreed on the profit split as well as how much each party would contribute to the neighbouring Wembley Sports Park development.

The Town of Cambridge will receive an advance of $5 million which will go towards the construction of new a baseball and football field, parking facilities and landscaping while the State government will contribute $7.5 million to the development of the State Netball Centre at Matthews.

“Around $13 million will be spent on the Wembley Sports Park over the next two years,” said Mr Buckley.