PERTH-BASED engineering and construction firm Decmil has been awarded the largest work-order in its history, to build a construction village for Chevron's Gorgon LNG project. 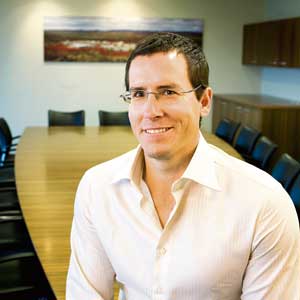 PERTH-BASED engineering and construction firm Decmil has been awarded the largest work-order in its history, to build a construction village for Chevron's Gorgon LNG project.

"It takes us to the next stage of development in our future growth, and our future direction," Mr Criddle told WA Business News.

"We have increased our contract size substantially over the past two years from $30 million to $40 million contracts. Our contract sizes are now in excess of $100 million, which are significant projects.

"It gives us a stronger presence in the industry, and our clients have a different perspective on the business and our capability."

Work is due to start in the second half of this year, with the village to include accommodation units, site offices, medical and recreational facilities and other service infrastructure.

The project will be known as the TDK joint venture, with Decmil's share of the contract about $170 million, bringing the company's forward order book to $330 million.

Previously known as Paladio Group, Decmil's shift in strategy has been underlined by the name change last month and the securing of the Gorgon contract.

"The company's name has changed and we're focusing on what really has been the best part of the business, which is in non-processed village and concrete civil construction in Western Australia," Mr Criddle said.

"This is all based on the Decmil brand and 30-year reputation in the industry.

"We still have the engineering and coating divisions, Matrix and Novacoat, but the strategic direction is to focus on a simple plan that's going to drive the best returns for shareholders."

Mr Criddle said Decmil was in discussions with local transportable building manufacturers, but decisions on spinoff-work from the Gorgon contract were yet to be made.

Shares in local mobile home builder Fleetwood Corporation have fallen from $6.05 to $5.71, while Nomad Building Solutions shares have slipped from 60 cents to 50 cents following Decmil's announcement.

Both companies are understood to have tendered for aspects of the Gorgon construction village.

Hartleys analyst Trent Barrett said there was a high chance Nomad's revenue forecast would fall short if it were not awarded the Gorgon project.

Transportable housing has recently been a growth area for the property sector as companies scramble to provide accommodation for workers as major projects develop.

This growth is expected to continue with the expansion of LNG projects such as Gorgon and Woodside's Pluto, and the Oakajee port project in the Mid West.

"Our business going forward in the short term has a significant oil and gas focus, and together with our current resource clients we believe there's a lot of growth, and a lot of work coming up," Mr Criddle said.

"We're finishing off some key contracts now with Woodside. These have been company defining, and feedback we have received is extremely positive.

"Our project execution has been excellent and has resulted in the opportunity to get this project with such a quality client as Chevron."