The state government has provided $16 million to ScreenWest to boost film productions in Western Australia. 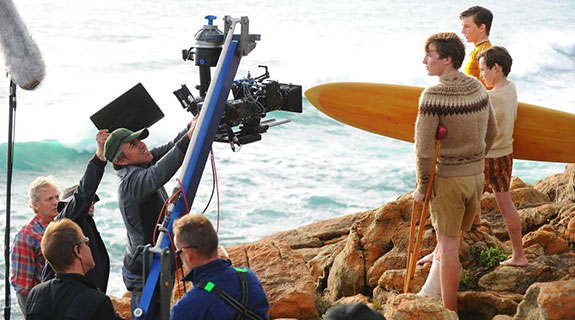 The state government is promoting film production in regional WA through a $16 million fund.

The state government has provided $16 million to ScreenWest to boost film productions in Western Australia.

ScreenWest will administer the Western Australian Regional Film Fund, which aims to stimulate activity in the regional screen industry.

The fund will provide finance to support national and international feature films, television series and documentaries that shoot in the regional areas of WA.

ScreenWest chief executive Ian Booth said the fund would give WA a competitive advantage over other states in attracting productions to film in WA.

“The fund will attract key national and international players to make content in the regions whilst utilising local crews and creating great opportunities for local talent,” he said.

“We will build on the strengths of regional WA, its extraordinary landscapes, experiences, stories and creative communities.

“ScreenWest will administer the fund, in partnership with the regions, and will market the great locations of WA nationally and overseas to encourage film, TV and documentary producers to bring their projects here.”

Treasurer Mike Nahan said the fund was supported by the Royalties for Regions program.

“This will encourage strategic investment in film-making in the regions, helping support and grow local economies and contributing to the vibrancy of country communities,” Dr Nahan said.

“The film fund will build on the strengths of regional WA and showcase our extraordinary landscapes, experiences, stories and creative communities,” he said.

Department of Culture and the Arts Minister John Day said the fund provided WA with a competitive advantage over other states in attracting productions to shoot in WA.

The fund will be operational from July 1.