Clean power company Enerji has revealed its first hybrid solar thermal power station will be housed at one of Northern Star’s mines, and future renewable energy projects with the gold miner are being considered. 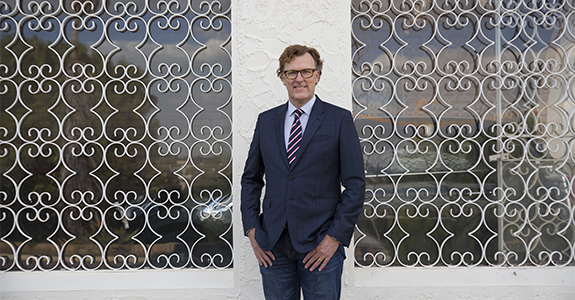 Clean power company Enerji has revealed its first hybrid solar thermal power station will be housed at one of Northern Star’s mines, and future renewable energy projects with the gold miner are being considered.

Enerji, which has developed technology that turns waste heat into electricity, will make a final investment decision on the $15.1 million project at Jundee, one of five operating mines Northern Star owns in Western Australia, by mid-year.

Enerji chief development officer Colin Stonehouse told Business News, Jundee, which has produced 6.1 million ounces of gold since 1995, was identified as the most appropriate site to start with.

The second-biggest ASX-listed gold miner (by production), Northern Star bought Jundee from Newmont Mining for $82.5 million about 10 months ago.

“When we looked across their sites (Jundee) was a combination of being the right size, (while) their mix of fuel and our ability to generate savings for them seemed to work very well,” Mr Stonehouse said.

Over two stages the renewable power station will generate up to 1,500kWh of clean power, displacing about 10 per cent of Northern Star’s fossil fuel requirements at Jundee, 520 kilometres north of Kalgoorlie.

Under a heat-tolling agreement, similar to a power-purchase agreement, Northern Star Resources will pay Enerji for electricity produced from waste heat at the mine.

Mr Stonehouse said following formalised procedures being put in place for the power project, Enerji would seek to increase its involvement with Northern Star.

“There’s a number of favourable sites there, this one ... seemed to be a very good fit for our first project, but we would need to do more work and demonstrate to the various offtakers that that’s the case as part of a progression,” he said.

The hybrid solar thermal power station was announced by Enerji in February as being destined for a WA mine, but without details about which one.

The project has had a colourful history.

It was designed by West Perth-based Carbon Reduction Ventures with graphite energy storage technology from Sydney-based Solastor for the Morawa shire, which has suffered from brownouts and blackouts because it is on the edge of the electricity grid.

Following stalled plans and a lack of funds being distributed through the Morawa shire, CRV approached Fremantle-based ASX-listed Enerji to co-develop an improved power station.

Using Enerji’s waste heat technology, the hybrid solar thermal power station has been redesigned for the mine site.