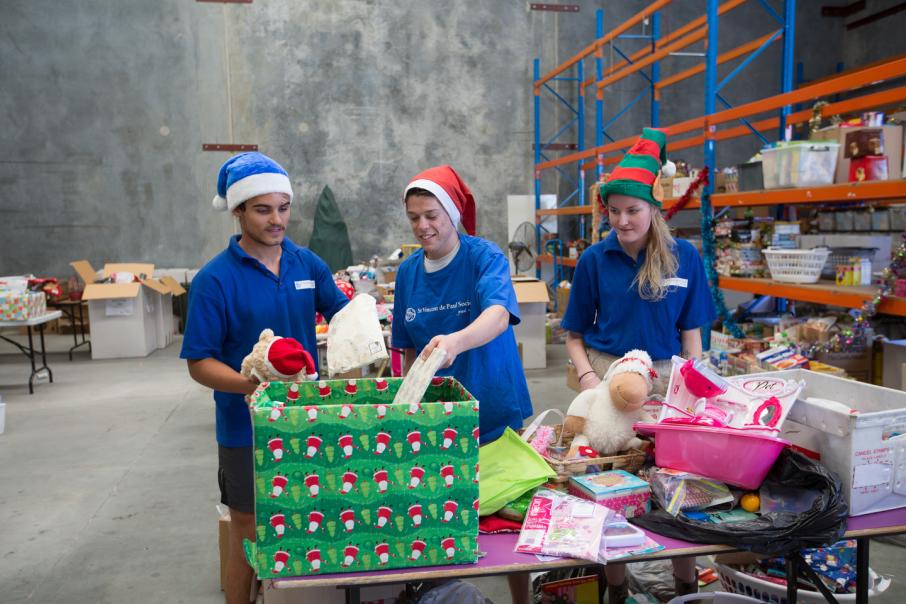 A further $20,000 has been donated to St Vincent de Paul’s Christmas Appeal by the state government through the Department of the Premier and Cabinet.

“The Vinnies Christmas Appeal is on now and I encourage the community to continue supporting Vinnies so they can continue providing much needed assistance to people experiencing hardship,” Mr McGowan said.

St Vincent’s chief executive Susan Rooney said St Vincent was aiming to raise a further $600,000 for this Christmas, calling on donations from community and corporate sponsors.

"There are many people who are facing poverty and won’t be able to provide their families with food on the table and a gift to open,” Ms Rooney said.

Over 13 per cent of Australians are currently living in poverty, including 731,000 children, according to St Vincent.

“Thanks to the ongoing financial support from our donors and corporate supporters, we’re able to assist with essentials such as food, clothing, bill payments and shelter this Christmas,” Ms Rooney said.

Anglicare WA is calling on donors to aid victims of domestic violence this season.

“To help bring some safety, security and joy to those families which might see Christmas differently to the rest of us, Anglicare WA has launched its annual Christmas Appeal so we can help more victims of family and domestic violence on their journey to a safer and happier life,” he said.

Western Australia’s rates of domestic violence are on the rise and last year WA Police were called to 15,000 incidents, with many more going unreported, according to Anglicare.

“We can bring some Christmas joy to women and children who can’t be at home, or who don’t have a home, to ensure that they are not overlooked and the kids can have as normal a Christmas as possible in a safe place,” Mr Carter said.