$12bn to be spent on iron ore mines

Rio Tinto has approved a $3.5 billion investment to develop its Koodaideri iron ore mine in the Pilbara, lifting the total amount to be spent on new iron ore projects in Western Australia to $12 billion. 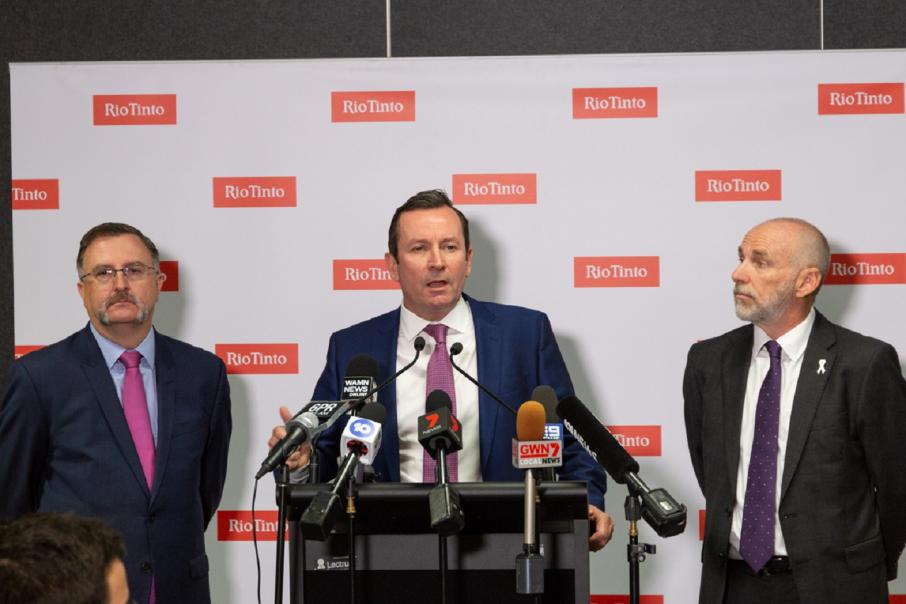 Rio Tinto has approved a $3.5 billion investment to develop its Koodaideri iron ore mine in the Pilbara, lifting the total amount to be spent on new iron ore projects in Western Australia to $12 billion.

Koodaideri is the latest Pilbara iron ore project to receive the green light for investment this year.

In May, Fortescue Metals Group gave the green light for its $1.7 billion Eliwana iron ore mine in the Pilbara, and the following month BHP Group announced plans to invest about $4.6 billion in its South Flank iron ore mine.

Rio Tinto will also expand its Robe River and West Angelas C & D projects, at a total cost of over $2.1 billion.

You can find out more about iron ore projects in WA on the BNiQ project list.

Construction on Koodaideri will start in 2019, during which more than 2000 people will be employed, before first production is set to begin in late 2021, creating 600 permanent jobs in WA.

The mine will have an annual capacity of 43 million tonnes, 7.5 per cent above initial estimates.

A $44 million pre-feasibility study into Koodaideri Phase 2 has also been approved, and the expansion could increase annual capacity from the mine to beyond 70mt.

The initial proposed cost of the project was approximately $3 billion.

In a statement to the ASX, Rio said estimated costs increased as the scope of the project was broadened to incorporate safety improvements and the development of additional infrastructure, such as an airport and site access roads.

Cost inflation for labour and materials also contributed to the increase.

Chief executive Jean-Sebastian Jacques said the company expected that more than $3 billion would be spent with Australia-based businesses, with opportunities for about $2.5 billion of spending for WA-based businesses during its development.

“This further investment in our iron ore business is also a multi-billion dollar vote of confidence in WA,” Mr Jacques said.

In addition to the mine, Rio plans to construct a 166km rail line, an airport, support facilities and accommodation for employees.

The rail line will be utilised by Rio’s new automated train haulage system.

"It will be the most technologically advanced mine we have ever built and sets a new benchmark for the industry in terms of the adoption of automation and the use of data to enhance safety and productivity," Mr Jacques said.

Koodaideri is located approximately 35 kilometres north-west of Rio Tinto’s Yandicoogina mine site, and about 110km from the town of Newman.

Like the other major iron ore projects in WA, Koodiaderi is designed to sustain current output.

In a statement to the ASX, Rio Tinto said it was forecasting an internal rate of return of 20 per cent on the mine and a capital intensity cost per tonne of about $US60 which was “highly competitive” for a new mine considering the additional infrastructure of rail spur, airport, camp and road access required.

The company said the project would increase the higher-value lump component of the Pilbara Blend, from the current average of about 35 per cent to around 38 per cent.

The mine still requires final approvals from the state government but Premier Mark McGowan was supportive of the announcement.

“This new investment demonstrates confidence is returning to the WA economy, and new jobs are being created,” Mr McGowan said.

"There are very positive signs but we will continue to work hard to get our state back on track.

"My government will continue to work with the state's resources industry to ensure local jobs are maximised on new projects.

"I congratulate Rio Tinto on investing in this Pilbara project and for having a strong focus on employing WA workers and WA businesses.”