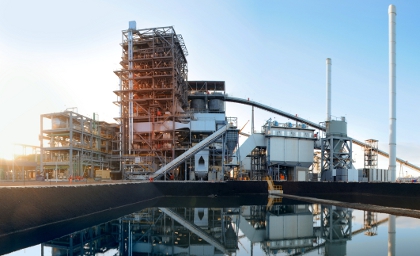 Bluewaters was one of the key assets of Ric Stowe’s Griffin group, which went into administration in January 2010.

The sale of the power station, originally announced in April 2011, has been delayed by regulatory and contractual disputes involving Indian company Lanco, which bought Griffin’s neighbouring coal mines.

Premier Colin Barnett said today the government had consented to documents which allowed rights to be given to Griffin Power (to be purchased by Sumitomo and Kansai) to ensure security of its coal supply from Griffin Coal.

It has also consented to documents that allow security to be given to Griffin Coal’s existing lenders, which comprise a syndicate of Indian banks led by ICICI Bank.

KordaMentha partner Scott Kershaw said: “This is a significant step towards final settlement of a complex sale and we hope to announce further progress in the near future.”

In April 2011, KordaMentha announced it had agreed terms for the sale with Sumitomo and Kansai.

In November 2012, it announced that new contracts for the sale had been exchanged, following a substantial restructuring of the coal supply arrangements with Griffin Coal.

The state government consent has been issued under conditions which prevent any disaggregation of the coal resource and operations, and preserve the Minister’s right to approve any future security arrangements covered by the relevant State Agreement.

The consent recognises the requirements of a Supreme Court order, in relation to litigation between Griffin Coal and Perdaman Chemicals & Fertilisers, which has claimed its urea project at Collie was ruined by Lanco’s actions.