Edge Visionary Living and Hillam Architects have lodged plans to develop a two-tower development in Scarborough, a few doors down from the Rendezvous Hotel. 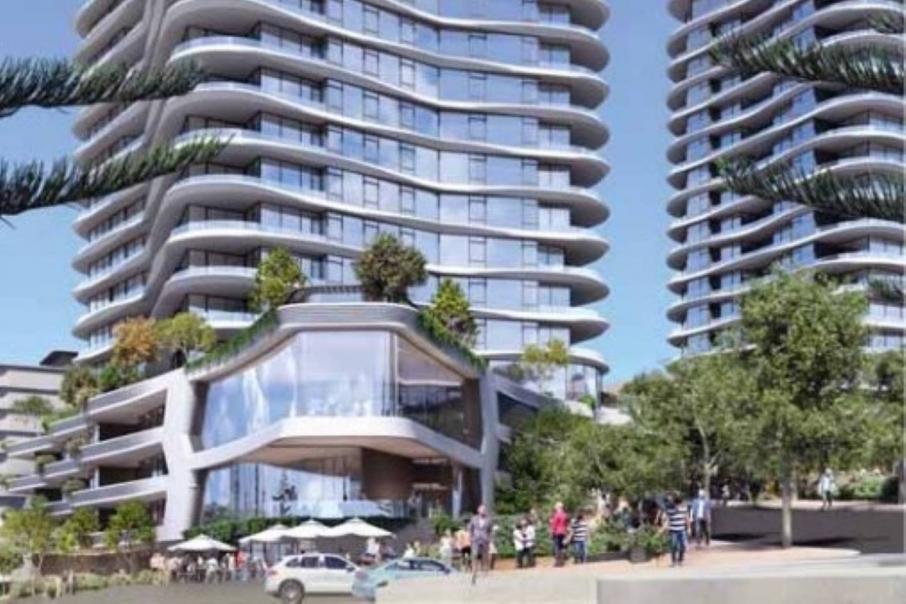 Plans for a mixed-use project on Lot 500 Reserve Street in Scarborough have been lodged with DevelopmentWA. Images: Hillam Architects

Edge Visionary Living and Hillam Architects have lodged plans to develop a two-tower development in Scarborough, a few doors down from the Rendezvous Hotel.

The property groups submitted a development application via the state’s land agency DevelopmentWA, as the site is located within the Gateway precinct of the Scarborough Redevelopment Area.

The application documents plans for one 19-storey and a second 17-storey tower, feature three and four-storey podiums, at Lot 500 Reserve Street.

The 6,442 square metre land parcel fronts the popular Esplanade beach strip and sits across the road from Observation Rise. 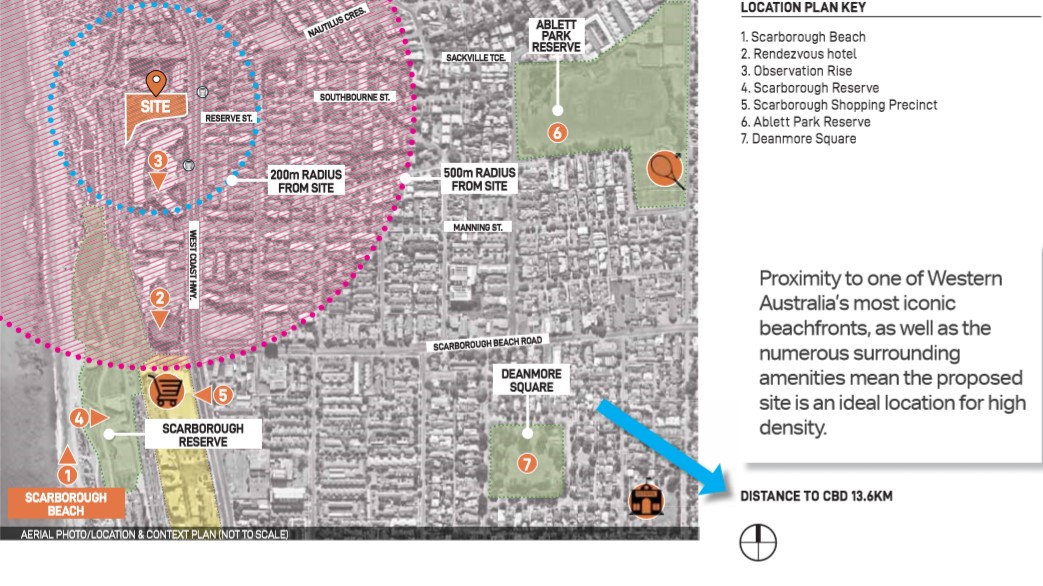 The $120 million project plans to accommodate 258 dwellings spread across both towers, with residential amenities including outdoor swimming pools, a garden, gym, sauna, cinema room, a public viewing deck, as well as lounge and dining areas.

About 15 per cent of the dwellings are anticipated to be allocated for affordable housing, with the project targeting a 5-Star Green Star rating.

The proposal has also earmarked about 545 square metres for a café/retail outlet, a restaurant, a wine bar and two commercial tenancies.

The development, named The Dunes, features 591 car parking bays, which includes 150 bays designated for public use.

“We are excited about the prospect of delivering what will be the very best integrated mixed-use project to the Scarborough beachfront,” the proponents noted in their proposal.

“This significant site sits at the Northern end of the Gateway Precinct Zone. This calls for developments to respond to the relaxed coastal setting by emphasising a relaxed coastal aesthetic, provide significant landscaping and ensuring a “softening” of the built form.

“The design of The Dunes has specifically taken on coastal cues and a softer curved form to meet this objective.”

The application also highlighted how the proposal addressed the need for additional public parking in the area, with plans to also improve pedestrian and vehicle pathways through and around the site to the beach, as an extension of their proposal.

“The aim of our proposal is to deliver reduced bulk over the site, reduce the height and scale of the podium, and provide increased building separation, all in comparison to the guideline scheme,” the proponents stated in the application.

“This approach will provide greater benefit with regards to the pedestrian experience, improving view corridors, as we have incorporated two buildings in lieu of potentially three buildings as set out in the guideline scheme.

“In line with the Precinct Plan’s built form direction of a relaxed and ‘soft’ approach to the built form, the subtle and organic form of the Architecture allows the development to sit comfortably, nestled into The Dunes.”

The development application outlines that the groups undertook stakeholder and community engagement prior to lodging plans, via a newspaper advertisement and a flyer letterbox drop (of more than 500).

According to the groups, through their own consultation process about 75 per cent of stakeholders were in support of the project.

Under the Scarborough Design Guidelines, DevelopmentWA notes that the 17-storey and 19-storey towers exceed the permitted eight-storeys height limit and 12-storey bonus height.

Addressing the reasons for extra height, Edge Visionary Living managing director Gavin Hawkins said that was in relation to the provisions governing the site.

“The development will have only two towers on site, whereas under the provision of the planning scheme we could have gone for a more dense and bulkier three-building configuration,” Mr Hawkins told Business News.

“As a result, the towers have been designed to be taller and more slender, resulting in a superior built form architectural aesthetic for the site. Many would argue that it is more visually pleasing as a result.

“The other benefit is the large tower separation, which allows far greater view corridors through the site for neighbouring properties.

“The development also provides some really significant community benefits including; the provision of 150 covered public car bays which will be vested with the City of Stirling; road access way through the site; and improvements in pedestrian experiences and public viewing platforms.

“In addition, it will also provide some much needed premium commercial experiences for the local community as they enjoy the foreshore experience.”

The proposal is now open for community comment, with public submissions closing May 28. 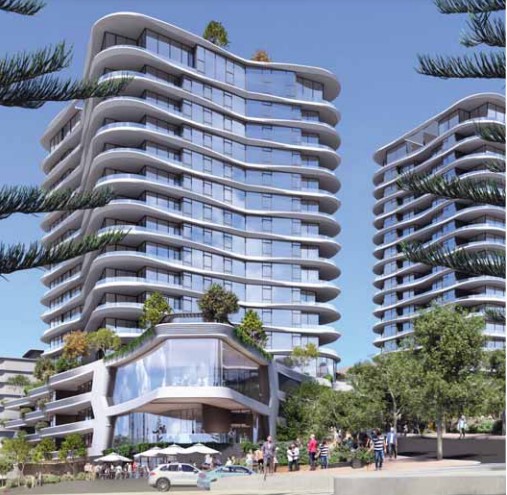 Other major developments in the pipeline for Scarborough includes Sentinel Fund Manager’s 24-storey mixed-use project on the corner of West Coast Highway and Manning Street.

The White Sands Tavern site is also in line for a redevelopment, with plans for a 23-storey, 199-apartment building anchored by a Woolworths and a BWS.