The proportion of Perth homes sold at a loss hit a three-year high in the September quarter, with owners of CBD apartments the most likely to incur a loss 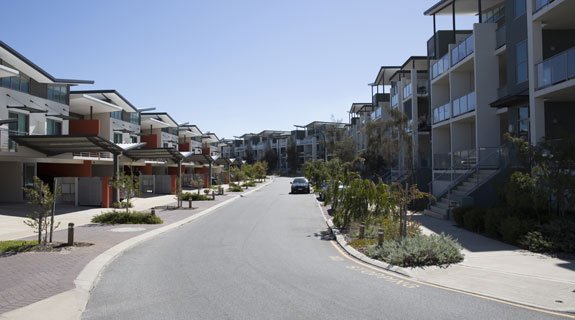 The proportion of Perth homes sold at a loss hit a three-year high in the September quarter, with owners of CBD apartments the most likely to incur a loss.

The latest Pain and Gain report by CoreLogic found that 11.4 per cent of resold homes across Perth in the September quarter were sold for less than the previous purchase price, the highest proportion since June 2012.

The council areas with the highest proportion of loss-making resales were Perth (37.1 per cent), Mandurah (23.6 per cent) and Nedlands (20.0 per cent).

The report found that metropolitan houses performed much better than apartments and regional properties.

In metro Perth, 10.1 per cent of houses sold at a loss while 17.4 per cent of apartment sales were loss-making.

In regional WA, the figures were 24.6 per cent and 38.1 per cent respectively.

CoreLogic said the big differential may reflect the greater willingness of investors to sell at a loss compared to owner-occupiers.

The CoreLogic report confirmed that Sydney is the country’s strongest real estate market, with only 1.7 per cent of resales occurring at a loss.

Nationally, 8.4 per cent of all residential property sales were at a loss, the lowest proportion since December 2014.

The report confirmed that long-term investors are more likely to make a profit.

The weakest regional market in the country was the Queensland city of Mackay, which has been battered by the slowdown in coal mining.

In Mackay, a record high 49.4 per cent of property sales were at a loss.

Other regions to perform poorly in the September quarter included the Queensland cities of Fitzroy and Townsville and ‘outback’ Western Australia, where about one third of all resales were at a loss.