Luxury car dealership Luxuride and its director have been fined a total of $100,000 by the Perth Magistrates Court for breaking laws designed to protect consumers. 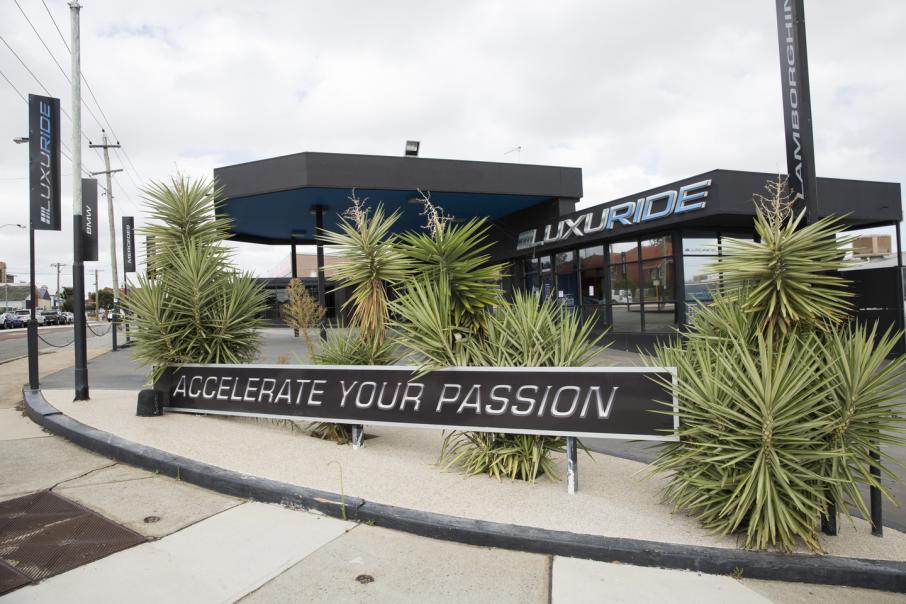 Previously based in West Perth, Luxuride closed in May.

Luxury car dealership Luxuride and its director have been fined a total of $100,000 by the Perth Magistrates Court for breaking laws designed to protect consumers.

The West Perth-based car dealer closed in May this year, following reports that it had sold customers vehicles without reimbursement, leaving them nearly $1 million out of pocket.

Mr Ngo did not attend the court hearing; he left the country in April and remains overseas.

Luxuride and Mr Ngo were convicted of 23 offences under the Motor Vehicle Dealers Act (MVDA).

The court found the Australian Consumer Law was also breached on six occasions when false or misleading representations were made to vehicle owners regarding the sale price, which enabled the dealership to gain a higher profit.

Magistrate Elaine Campione said the breaches represented a gross indifference to fiduciary responsibilities, with the fact that Luxuride did not use its trust accounts being an aggravating factor.

Commissioner for consumer protection David Hillyard said the conclusion of the court action was not the end of a long, sad saga for many Luxuride customers.

“In essence the dealership lied to their customers telling them they could not achieve a particular sale price, when in fact they had already secured that price,” Mr Hillyard said.

“There are many consumers who have lost expensive vehicles and significant amounts of money through their dealings with Luxuride so, for them, the financial pain will continue for quite some time.

“With Mr Ngo continuing to live overseas, it will be difficult for the affected consumers to recover their losses from this business closure but the court outcome will put on record the breaches of the laws that occurred in this case.

“Consumers considering selling their vehicles by consignment should know the rules and let us know should there be any suspicions that the dealer may not be complying with their obligations.”