Researchers have warned 10,000 Australian workers could develop lung cancer from silica dust, mostly males, from industries including mining and construction. 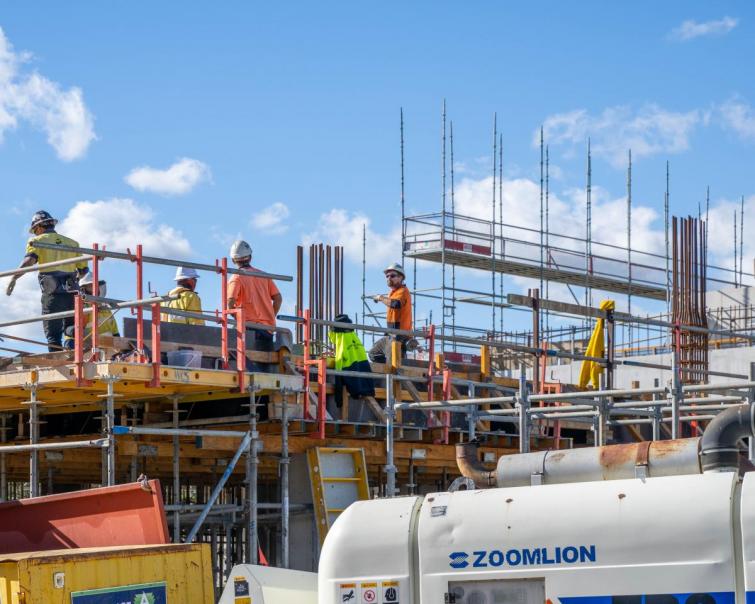 Construction workers could be exposed to silica. Photo: David Henry

Researchers have warned 10,000 Australian workers could develop lung cancer from silica dust, mostly males, from industries including mining and construction.

Silicosis is a lung disease caused by breathing tiny silica particles, which can be found in rocks including sand and quartz.

Cutting and grinding concrete, for example, could lead to dust exposure.

A report authored by Curtin University’s Dr Renee Carey and Professor Lin Fritschi, released today, says about 584,000 Australian workers were likely being exposed to the type of crystalline silica which could be breathed in.

Almost all of those workers were male, at 94 per cent, and they were substantially more likely to be heavily exposed.

The study, which has not been peer-reviewed, was funded by the Australian Council of Trade Unions.

It used a relatively new mechanism to forecast lung cancers, which the researchers said would reflect increasing exposure levels to silica.

Banning import and use of engineered stone could stop 100 lung cancers, the researchers found, while ventilation, extraction and wet-cutting techniques would also substantially lower cancer levels.

Dust suppression on construction and mine sites would cut cancers by 1,380; cutting the number of workers near mine site crushers by 75 per cent would reduce cancers by 750.

That could include licensing for workers or businesses working with engineered stone, an awareness campaign, or tightening the rules around air monitoring, among other options.