10 minutes on leadership with … Nolan Hunter 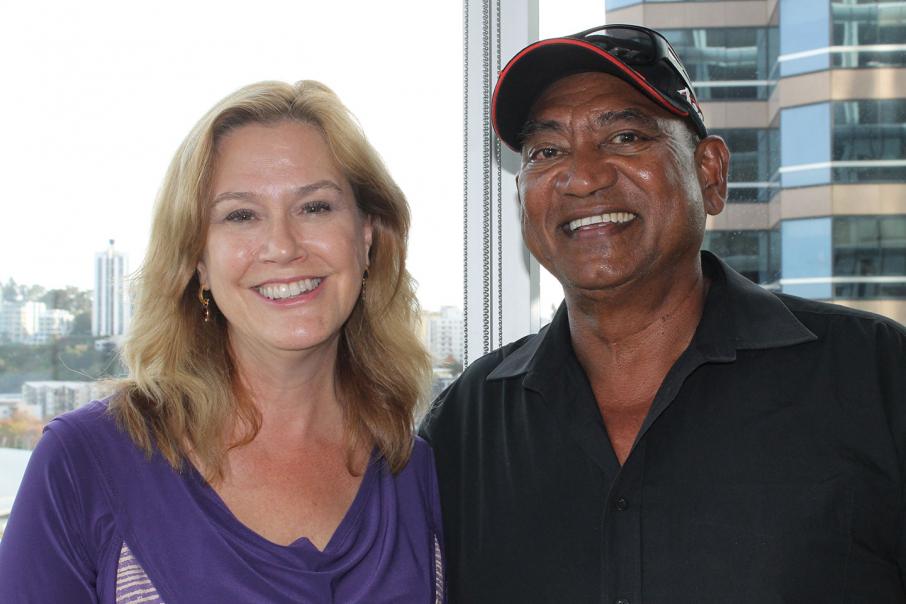 Robin McClellan with Nolan Hunter, who says good leaders always focus on the people they represent.

RM: How did you come to be in your current role?

NH: It was a slow process. Basically, education wasn’t so great in the Kimberley during my time. As kids we got sent down south and had to go through the Christian Brothers. In fact, I went to Trinity, just down the road here. But I worked in the Commonwealth public service, later on in England and other countries, mostly with the Immigration Department out of the Australian Consulate and Australian embassies. It was unusual for someone from the Kimberley, particularly an Aboriginal person. I’d also had a number of different roles – working with indigenous community volunteers, for example, and running different regional offices in different states. The idea was that you had to leave home and go away and try and get some exposure so that you could broaden your horizons.

I’m a great fan of Dr Phil, and he says you spend half of your life developing all the skills and knowledge to inform you about the other half of your life. It has been a long road, but I’ve tried to push myself out of my comfort zone and get exposure to many different people and things, and gain experience.

RM: It’s quite unique for an indigenous Bardi man to work overseas for the government; did you cope with discrimination or extra challenges?

NH: There are always challenges, and listening to Australian of the year David Morrison talk about leadership – around societal constructs that perpetuate a particular set of values – I think it is appropriate and relevant, in terms of understanding, to talk about how we, as a country, understand the way we can shape the country that we live in and the people we live with.

RM: What was the turning point that led you back to Broome?

NH: It was about going away, getting as much knowledge and experience as I could, and then coming home. I’d been away since my teens and wanted to come home and do something for my people – give something back, I guess.

I don’t think you actually get to choose to be a leader; if people see that you’re the one who puts your hand up, or happened to be the unlucky one in that position at the time, you’re it. Sometimes it’s thrust upon us because we may have particular skills or understandings about things.

The challenge for our community – and I talked about education – is that many people in the Kimberley are disadvantaged around job equality. Many are limited in the roles that they can undertake. When you start to look at senior levels and higher strategic positions, they simply lack the education, skills and abilities. That’s a big challenge that we face in our own communities. So, yes, in fact, that’s what drives me to engage with Leadership WA, trying to work with our organisation to develop a leadership process that can help some of our young people when we’re all gone. Many of our senior leaders are passing away and getting old and frail, so we have to start thinking about succession and how we create opportunities for our young people, so they can step into our positions.

There’s always the potential for people to do many things, they just need the right nurturing and the right circumstances. I think we’re the first to acknowledge that we can’t do everything ourselves so we look to others, and we look for support from different areas, whether it’s government or industry or other stakeholders that can be involved and work towards a common goal.

RM: Within indigenous culture, there is an immense diversity and sometimes others don’t see that. As a leader does that bring extra challenges?

NH: Looking at the KLC board, which is made up of women and men who are very strong culturally, I’m happy to say that we have more women on our board. In the past few years, the first cultural women’s adviser has been appointed on the board and, at the last election, for the first time a woman, Bonnie Edwards, was made deputy chair.

We haven’t gone so far as getting a woman chair, yet. There’s women’s law and there’s men’s law. It’s not so much that women don’t want to step up, they don’t want to upset the balance around the cultural protocols. I think our organisation is a good model, if you like, for balanced leadership.

There’s also more focus on the need to have strong cultural leadership in the Kimberley. I’m mindful of Harvard’s research on leadership that looked at certain elements around how indigenous groups, in governance, can create the best opportunities and the best outcomes. We pride ourselves on the fact, that in the Kimberley, if there’s one thing that we’ve been very strong about – and this is why we stand out in a lot of areas, comparatively speaking – cultural governance is the backbone of our foundation. That’s evident in the way we’ve been able to come together – all the different tribal groups, and how we address different outcomes and advocacy for our socio-economic circumstances. Cultural governance is the strength of the Kimberley.

RM: Are there things you know now that you wish you'd known 30 years ago about leadership?

NH: I still appreciate that I’ll never get to a point where I’ll know enough, and that’s because leadership, in my view, is a continuous journey – you never stop trying to learn. You’re always trying to identify people’s needs. You have to get better at it, because when you first start out I think you may have a biased or a particular view and you soon become humble enough to understand that it’s not about you, it’s about the people.

RM: How do you make time to take care of yourself?

NH: I always talk about the misconception of time. Anybody who sits and waits for time to come along (where they will have the time to do something that they couldn’t get to) will be disappointed, because that time will never come. So you actually have to methodically, or very deliberately, create the opportunity. It’s very important for me to do that because I wear so many hats and I get so busy with the number of things that I’m dealing with – whether it’s political or strategic or a whole range of other things. I have to find the time to de-stress, and manage life balance.

RM: You didn’t answer my question; how do you make the time?

NH: Well, practically, I will get up at 5am. One of the gentlemen I spoke to here, I took his wife crabbing the other morning; so I do it when everybody else is asleep.

RM: Regarding the Kimberley Land Council, how does it operate and what are your goals and plans?

NH: I’ll start from the furthest point, and that is to be in a position where our groups that we represent are viable, are sound, and their livelihoods are built to a point where they’re self-sustaining. The challenge now is that there aren’t jobs. If you look at the remote areas, there’s not the industry there, the jobs that are required for simple basic things and sustaining healthy communities.

If you look at what’s ravaging the Kimberley, in terms of the rate of suicide of our youth, there’s a whole range of things. Our organisation existed on the basis that there were many things we had to do to work at building people’s capacity for. This was because of the failure of different government policies or service delivery models – the cycle of not being able to address the problems in the way that we wanted to with government, for example.

The ‘Ranger’ program is probably the best example of KLC policy for improved outcomes. We are not just creating jobs through the Ranger program, we’re actually building people. Young people lack, or have issues with, self-esteem. They’re down on confidence. They’ve either been on community development employment or social programs, and some have never had a real job. There’s a bit of a gap between the availability of jobs, that’s one issue. The other is the placement of people in terms of their job readiness. If you could see (when we run a major Ranger forum) the way all the Ranger groups from the whole Kimberley come together and you see the confidence in these young people. We put a lot of effort into developing the individual through the Ranger program, not just the certified skills such as accredited training, not just the jobs that you do as a ranger on the job, but it’s actually about building people so that they become confident. If you think about the suicide issue … when you connect people, as a default of the environmental biodiversity projects, the natural connection to land and the connection with elders, then you’re building the young person so their internal wellbeing is resolved and they no longer then want to suicide. I think that’s the way you tackle it.

RM: Is there a way that outsiders like us can help with that?

NH: We’ve come to the point where we have understood that we also have to be more proactive about designing or developing something so that we can start to look at developing leaders. Leadership will come from those Ranger groups. There are lots of kids out there with those base qualities or all of the right ingredients, you just have to pull it out of them and develop them. So that led us to the point where we were interested in talking to Leadership WA and others about wanting to design and have a deliberate strategy that gets you a deliberate outcome in the development of people.

RM: Would increased tourism in the Kimberley be a good thing?

NH: Always. Unfortunately, tourism is a pet kind of area that I just don’t have the capacity to deal with, but when you look at it, the way that tourism works for indigenous people, they’re not actually capitalising on the lion’s share of the opportunities.

If you think about Australia’s gross national revenue on tourism, it’s the big hoteliers and travel companies that make most of the money. You get out to a remote area and it’s gone down, down, down. Then you spread that between only a handful of people that employ one or two of their family members, and then you get the lower-paying tourists who only want to pay camping fees, they’re not the big spenders. It needs restructuring – I think tourism can be successful, but not in its current form.

RM: Is there a way we could address it so that young Aboriginal people have more of an investment or feel more connected to broader society?

NH: There is something we can do. If you look at our AGMs that I talked about, many young kids come to that and, even if they don’t partake in the formal meetings, there are the cultural events that happen at night, the dancing. It’s like absorption by osmosis; it’s part of the culture of people coming together, talking about the issues, working out ways to deal with them, so you’re engraining in the young people the social construct, right? The point is that, yes, you can always be more refined or more deliberate in the way that you design something, so that it doesn’t happen by accident, it happens by design. 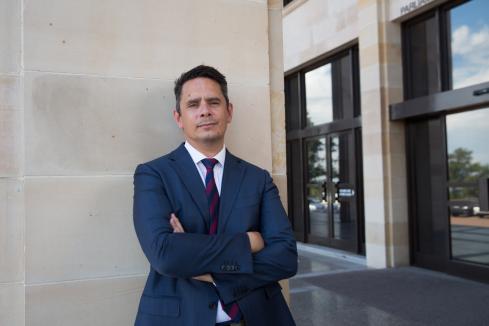 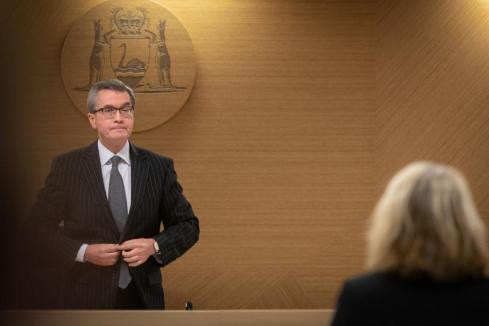