The state government has awarded $10.2 million worth of grants to 18 agribusinesses, including Tattarang’s Harvest Road Oceans. 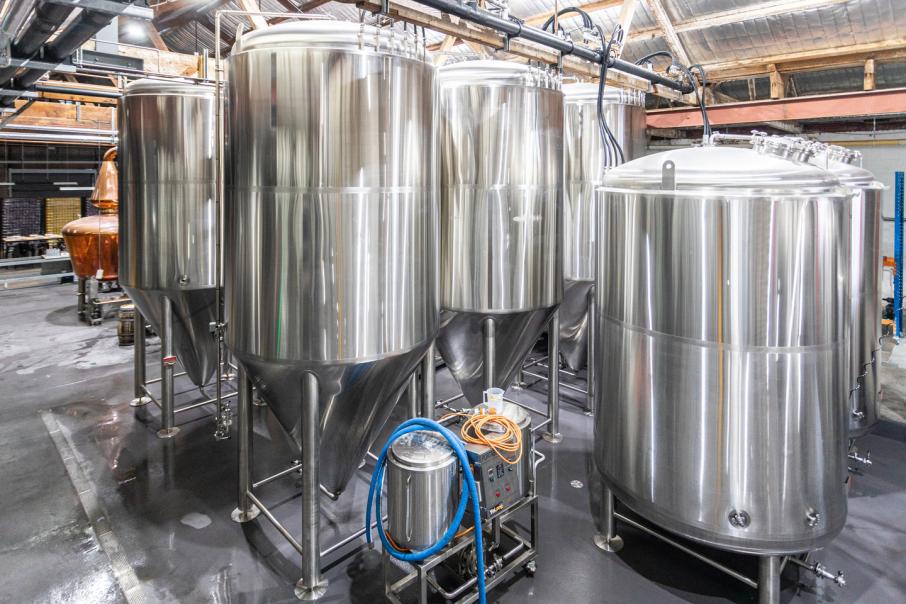 The state government has awarded $10.2 million worth of grants to 18 agribusinesses, including Tattarang’s Harvest Road Oceans.

Grant winners' projects are spread equally across regional and metropolitan areas and industries including horticulture, beverages, meat and livestock, seafood, and truffles.

A condition for accessing the grants is a dollar-for-dollar commitment on the side of the grant applicant.

The funding is expected to generate more than $132 million in private sector investment through applicants’ co-contributions.

The Department of Primary Industries and Regional Development grants were made through the Value Add Investment Grants program.

The largest grant was $750,000 and was awarded to Jandakot-based food manufacturer Canon Food Services.

The smallest grant was $265,200 and was awarded to D. Trandos & Sons, parent company of Trandos Farms, the largest grower of sweet corn and beans in WA.

All grant applicants must have been in operation for at least two years and be able to deliver their project by June 30 2022.

Also receiving a grant is Fremantle-based brewing company Atari Enterprises, who trades under the name Running with Thieves.

The grants are supported through the Food and Beverage fund, a four-year initiative worth a total of $16.7 million as a part of the WA Recovery Plan.

Ms MacTiernan said the grant program was important to support the growth of WA businesses.

“Although small, our food and beverage manufacturing industry is growing and is job intensive with strong benefits for the broader WA economy,” she said.

“The program forms part of broader work by the state government to drive diversification, regional economic growth and employment by supporting new investment in value-adding, food processing and expansion projects.”

The state government estimates the grants will create more than 600 jobs.

Full details of the distribution of the grants can be found below. 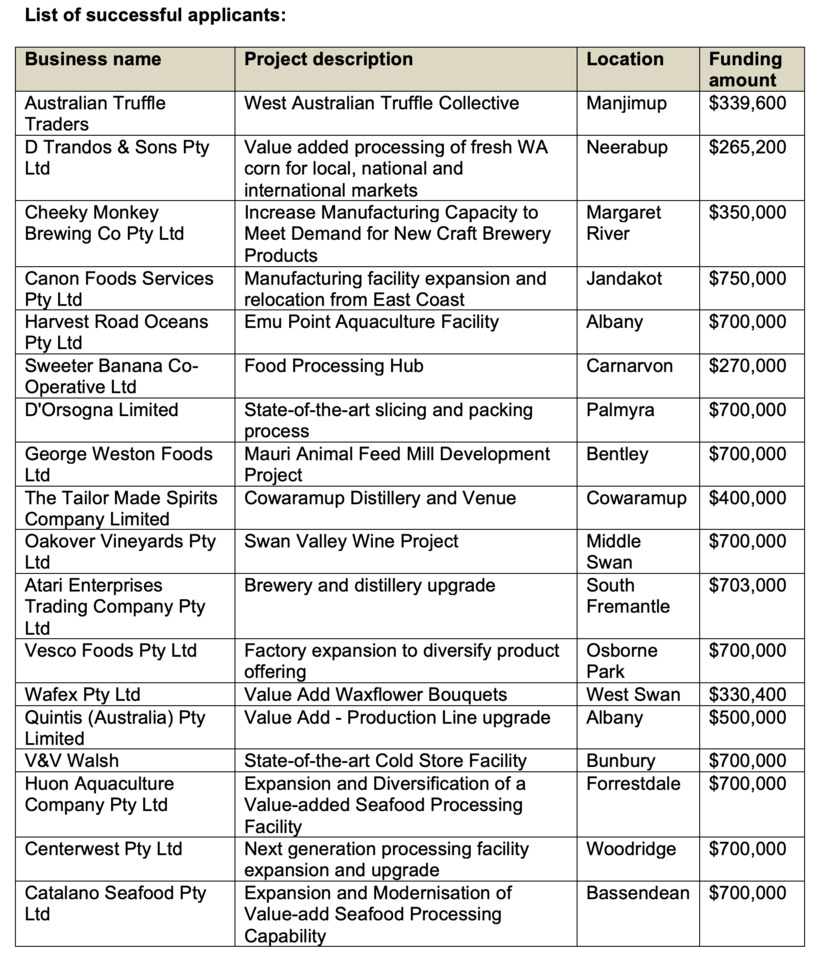 List of recipients of the Value Add Grant. Source: Department of the Premier and Cabinet