The supply of apartments in Perth’s western suburbs will increase rapidly this year, with TRG Properties, Georgiou Living and Blackburne Property Group set to launch new projects during the next three months. 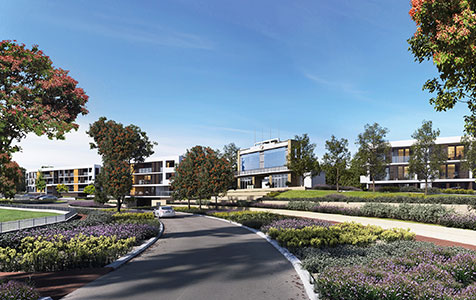 TRG Properties plans to launch its Empire Residences apartment project in May.

The supply of apartments in Perth’s western suburbs will increase rapidly this year, with TRG Properties, Georgiou Living and Blackburne Property Group set to launch new projects during the next three months.

While inner suburbs such as Subiaco, Rivervale and Northbridge continue to attract the lion’s share of apartment projects, the western suburbs have attracted 10 projects that collectively will add nearly 900 apartments to the market.

The largest is Blackburne Property Group’s ARIA Swanbourne, which comprises 156 apartments worth about $135 million.

Another big project, set for launch in May, is TRG Properties’ Empire Residences, which is part of the larger Perry Lakes redevelopment in Floreat.

A third project, to be launched this month, is Georgiou Living’s The Pocket (below), overlooking Claremont Oval.

It is the inaugural project for Georgiou Group’s residential development arm and also the first apartments to be built at LandCorp’s Claremont on the Park redevelopment site.

Claremont on the Park is set to attract more activity, with LandCorp recently short-listing Mirvac Group, Pindan and Melbourne-based Caydon Property Group for two sites that will house 178 apartments.

One of Perth’s biggest projects by value, Taskers in North Fremantle, passed another milestone last month with the launch of stage 2.

At completion, Taskers will have 130 apartments and townhouses worth a combined $200 million.

Developer Gary Dempsey, who is undertaking the project in joint venture with AFG Property, told Business News that stage 2 is 40 per cent pre-sold.

It comprises a four-storey building with 21 luxury apartments, priced up to $2 million, with construction due to commence in April.

Taskers’ stage-1 development, comprising 51 apartments, is 87 per cent sold and under construction.

Other projects in the western suburbs include Freshwater, currently under construction in Claremont, Warath in Dalkeith, and QUBE Property Group’s recently approved Urban project in Wembley.

The flurry of projects follows a quiet period, with the Claremont Quarter apartments and the Steve’s hotel refurbishment in Nedlands among just a few projects in recent years.

Blackburne subsequently reduced the number of apartments from 204 to 156 while increasing their size, maintaining the overall value of the development.

Managing director Paul Blackburne said an expression of interest campaign would start this week and public marketing in May.

The redesign of the building has taken it from an enclosed four-sided structure to an open three-sided structure, resulting in larger apartments with more open views.

The project features 14 penthouses priced from $1.25 million to $2.5 million.

“For us as a company, it’s a step-up to enter that market,” Mr Blackburne said.

Features will include a third-level infinity pool with views to the city, along with yoga rooms, a private day spa, and a sports lounge, wine cellars, sun decks and barbecue areas.

They will be targeted at young professionals and baby boomers wanting secure, spacious accommodation in a quiet location.

The Empire apartments are priced lower than the Podium Terraces, which average $1.1 million.

Georgiou’s The Pocket apartments are priced from $485,000.