SPECIAL REPORT: Ken Wyatt has overcome numerous challenges on the path to becoming the most powerful advocate for Aboriginal Australians. 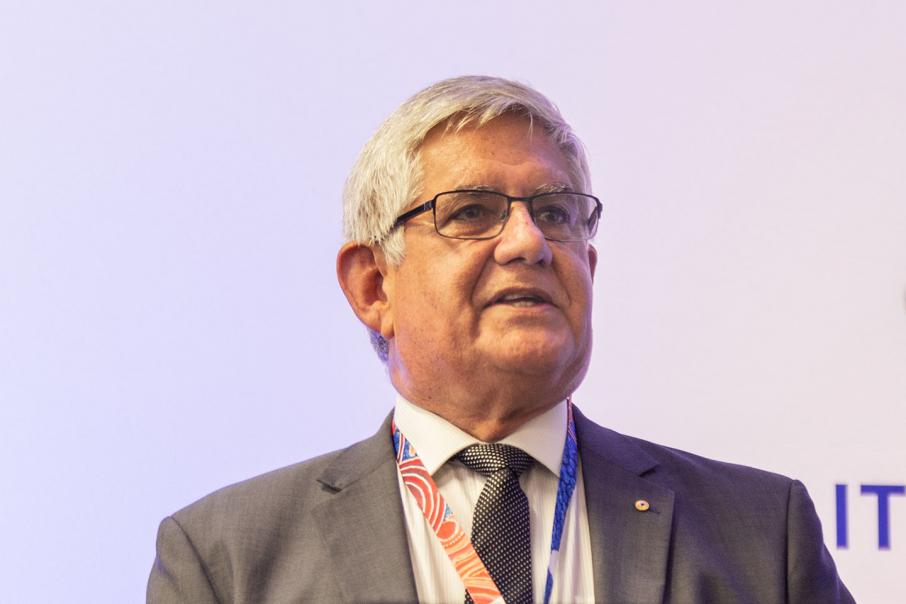 Ken Wyatt has overcome numerous challenges on the path to becoming the most powerful advocate for Aboriginal Australians.

Always quietly spoken and deferential, Ken Wyatt recently shared the story of when Prime Minister Scott Morrison phoned to offer him the job of minister for indigenous Australians.

The first Aboriginal to hold the job, Mr Wyatt admits he gasped and was overcome with emotion.

“It took me about two minutes before I was able to say yes, because I realised what he was asking,” Mr Wyatt told a Reconciliation Week breakfast.

“I realised the implications of the journey I would take over the next three years.”

Mr Wyatt describes his current job as a privilege; it’s also an indication of how far Australia has come since his youth.

Mr Wyatt was born in 1952, the oldest of 10 children. His father was a railway ganger and his mother was a member of the Stolen Generations.

“In those days they had to get permission to marry, permission to travel, and they could be arrested if they were out after 6pm and not back on the designated sites called Aboriginal reserves,” Mr Wyatt said.

“If the department of native welfare came around and thought you weren’t providing good care, they could take your children away.”

Mr Wyatt recalls his parents, and especially his grade one teacher at Corrigin – who later campaigned for him in Hasluck – had a lasting impact through their commitment to his education.

In light of this experience, it’s no surprise that his top priority is improved schooling/education outcomes for Aboriginal children, closely followed by tackling youth suicide, finding real jobs, and delivering better health services.

Mr Wyatt is not shy about sharing some of the challenges he has overcome.

“The primary school teacher who told me I should leave school because I wouldn’t get a job as an adult,” he recalled.

“The birthday party where children didn’t come because I was there.

“The emails I was sent when I first ran for Hasluck 10 years ago, a throwback to the 1950s.

“Those things scar you and of course they hurt, but they don’t define you.

“I apply the same lens to our larger journey of reconciliation.

“Yes we acknowledge the suffering and wounds; indeed we can’t go forward unless we tell the truth about the past, but every step we take, every progression we make, is because of hope, because of optimism.”

Before entering politics, Mr Wyatt had a successful career as a public servant, after an inauspicious start.

“In our youth, they created 50D positions for us to be able to have our jobs,” he said.

He is now thrilled to see many Aboriginal people holding senior and respected roles.

Mr Wyatt points to milestones such as the 1967 referendum and the land rights act of the 1970s as evidence of progress.

“In the decades since, I have seen a significant cultural shift in our thinking,” he says.

He credits the reconciliation movement and the work of Pat Dodson, who is now a Labor senator and political opponent.

“The latest study shows the overwhelming majority of Australians believe the linkages between indigenous and non-indigenous Australians are important, and that knowing our history and truth telling are vital to this relationship,” he said.

“Eighty per cent support a formal truth-telling process and 95 per cent agree it’s important Aboriginal and Torres Strait Islander people have a say in the matters that affect them.”

Mr Wyatt acknowledged the Closing the Gap process failed, saying the core problem was that it was a top-down process.

“We need to partner with people on the ground so they can drive community-led initiatives,” he said, adding that policy would be made in conjunction with indigenous Australians.

“I believe it’s only through genuine partnerships and walking together that we will solve our problems,”: Mr Wyatt said.

“We need to jettison forever the historic mindset of our people as passive recipients of services and programs.

“We need instead partnerships based on mutual respect, mutual resolve and mutual responsibility.”

As part of this process, Mr Wyatt said the government was committed to recognising Aboriginal and Torres Strait Islander Australians in the Constitution.

There have been five formal inquiries in the past eight years on this topic. Mr Wyatt said more work needed to be done on what model was taken to a
referendum.

The government has backed this up with a commitment of $7.3 million for consultation and the joint design of models to improve local and regional decision-making and options for constitutional recognition.